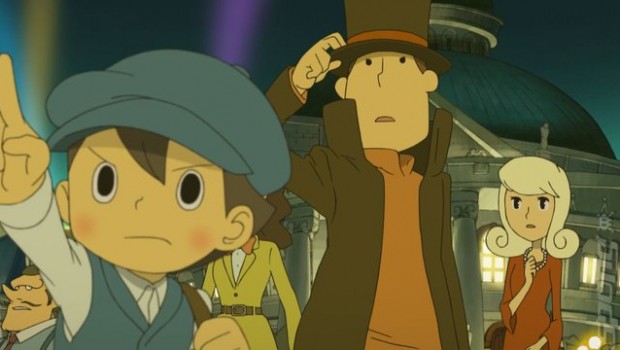 10th October 2013 – The wait for the top-hat-wearing puzzle master is almost over, as Professor Layton and the Azran Legacy, exclusive to the Nintendo 3DS family of consoles, lands in Australia and New Zealand on 9th November 2013. Embark on a brand new adventure with Professor Layton and his plucky assistants Luke and Emmy, and travel by airship to the frozen landscape of Froenborg in the first step to unravelling the mystery of the ancient Azran civilisation. The journey might start off somewhere icy but there’s plenty to keep your brain supple, with a new collection of over 500 riddles, brain-teasers and interactive puzzles to solve; these are made up of over 150 puzzles unlocked during the course of the game and over 365 available for download as Daily Puzzles every day from launch until the following year. 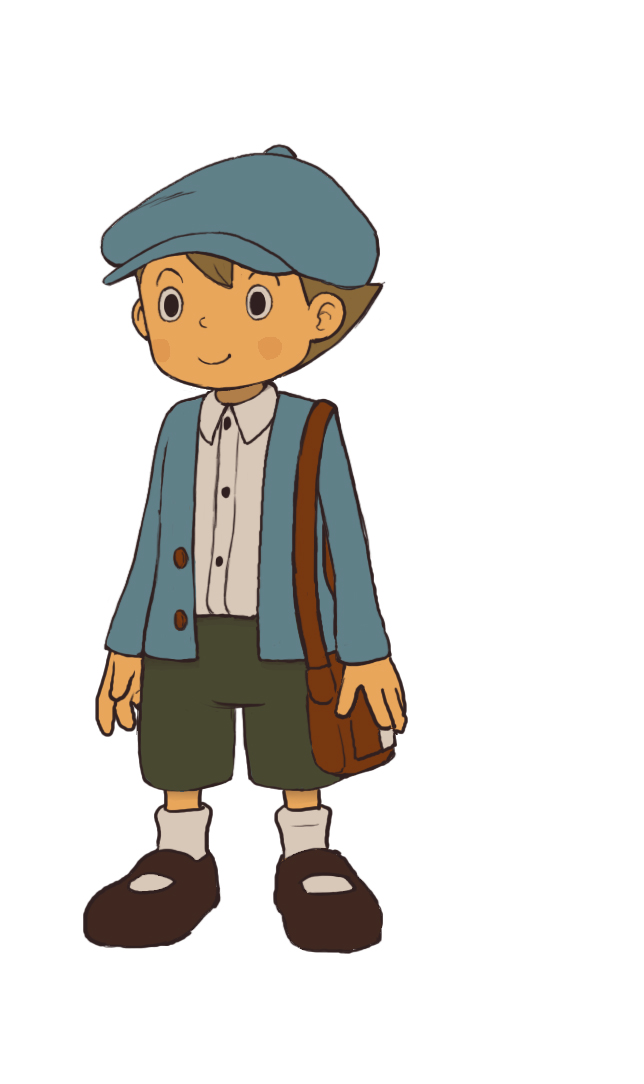 For first timers this is a chance to step into the charming animated world of Professor Layton and become engrossed in an action-packed story and addictive logic-puzzle-based gameplay. For fans who’ve enjoyed the series that’s now spanned six games, this marks the Professor’s final investigation and takes place straight after Professor Layton and the Miracle Mask, so be prepared for plenty of twists in the story and revelations on Professor Layton’s past and future.

The trio receive a letter from a famed archaeologist, describing his discovery of a “living mummy”, this turns out to be a girl encased in ice, a living remnant of the ancient Azran civilisation – the very one that Professor Layton has been seeking to understand since his youth. Our heroes are able to free the girl from the ice, but before they can learn anything, the sinister Targent organisation turn up and kidnap her. It’s up to Professor Layton to save the girl and unravel the secrets of the Azran legacy before Targent… This final tale concludes the prequel story arc that began with Professor Layton and the Last Specter and links the story back to Professor Layton and the Curious Village, the very first game in the series.

As well as featuring the largest assortment of new puzzles to solve in any Professor Layton game, there are three new minigames in the Professor’s Trunk to enjoy during the adventure: In Dress Up, play fashion consultant to an assortment of colourful characters you meet on your travels. Mix and match the items you find to create the perfect outfit for each character. Aim to create the perfect combination to match each character’s style requirements to succeed.

In Nut Roller, take control of a squirrel who needs to manoeuvre her delicious walnut into a goal on an obstacle course.  Roll rocks and acorns around the courses to take out obstacles and to push the walnut towards the goal. Help the squirrel build up a stash of walnuts, and she might help you find the hint coins that are hidden all over the world. 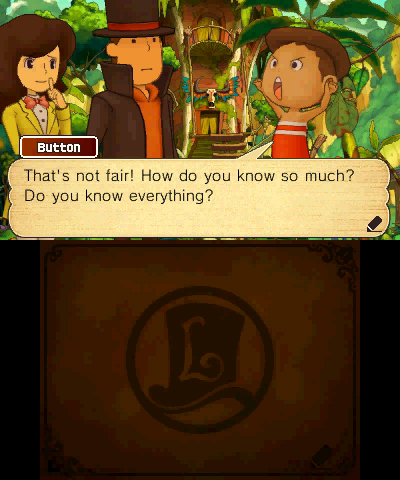 In Blooms and Shrooms, you tend to a flower garden with a difference, one that is filled with surprising flora including Burst Flowers which release light that cause trees to bloom and also unfortunately poisonous mushrooms. Deftly plant flowers in specific positions to avoid the noxious shrooms and fill the garden with beautiful blooms to win.

Also new to the series is the Treasure Hunt mode, which allows you to share challenges with other players of Professor Layton and the Azran Legacy via StreetPass encounters. During your adventure you will be able to collect up to 100 objects, which you can challenge others to locate within their own games via StreetPass. This blend of memory and exploration also rewards fellow Professor Layton fans with prizes, such as 3D objects to decorate your airship with or hotel tickets that reveal special dream sequences with fan-favourite characters of past games.

Professor Layton and the Azran Legacy arrives in Australia and New Zealand on 9th November 2013 exclusive to the Nintendo 3DS family of consoles, available at retail and as a digital download via Nintendo eShop.