Summary: Professional Farmer 2017 may cut too close to the bone... though I suspect actual farmers may say their reality is more fun.

Not that long ago I came across Euro Truck Simulator, I was then lucky enough to get a copy of American Truck Simulator to review and I was pleasantly surprised. When Professional Farmer 2017 came up for review I threw my hand up thinking, hey I liked the truck simulators when I wouldn’t have thought I would… this could be another hidden gem. Then I played it… yeah… um… not so good.

But I should explain. When I first fired it up I had high hopes… I’ll jump into the tutorial… let’s see what this is all about. 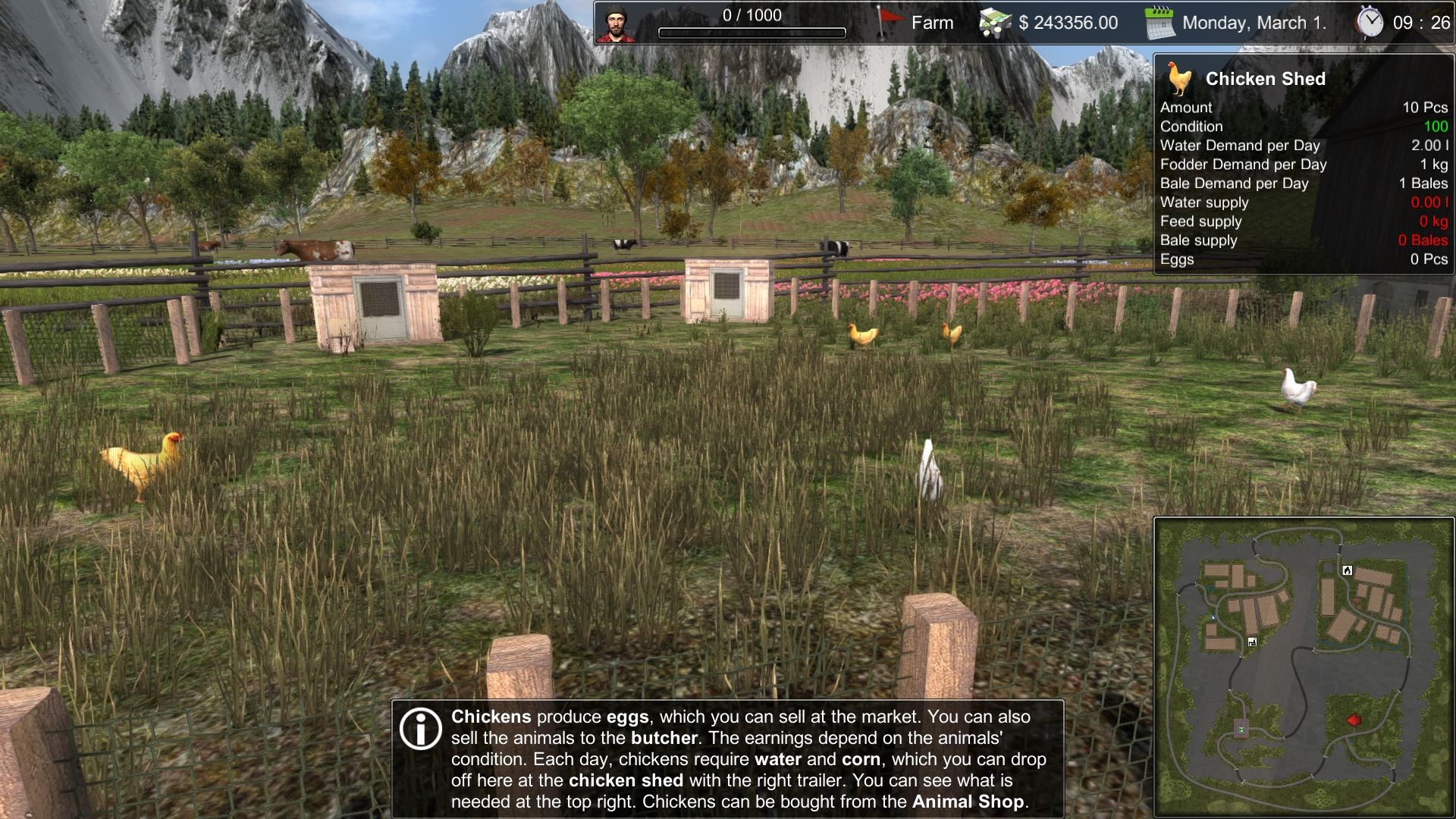 What followed was fine… I did as instructed, took my tractor across the road, purchased the land then came back and hooked up some machinery, drove back over the road and started preparing the field. I did this numerous times with various different bits of machinery. Ok… that makes sense, you need to get the field ready for planting (though a little annoying that it wouldn’t let me put my machinery back where I got it from under cover… so I ended up littering my farm yard with uncoupled equipment. Eventually I was able to plant my crop and it was all good. Then I learnt about caring for my animals… connect some other equipment, drop in food and water and enjoy. Then it was time to collect my crop. 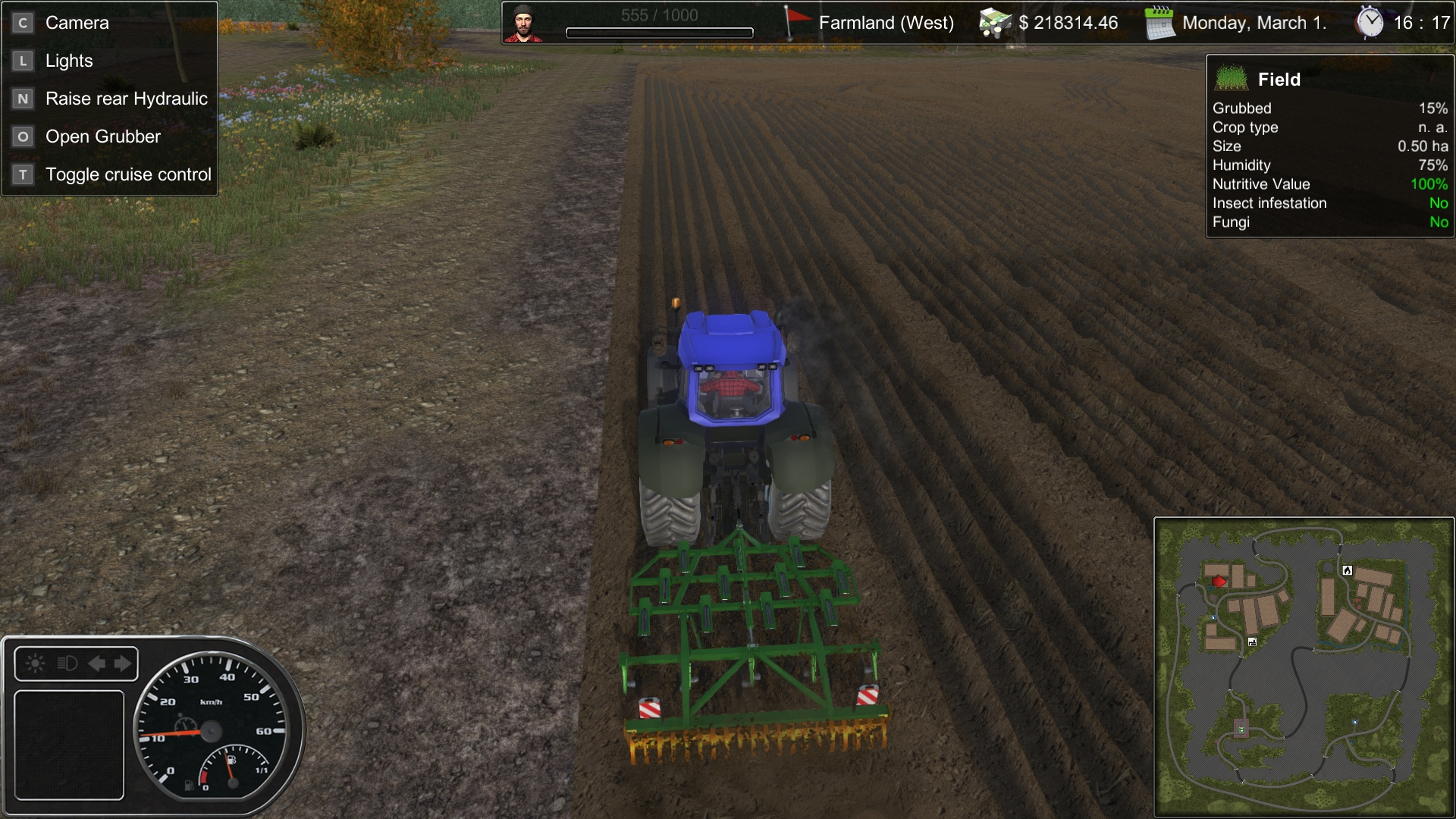 All of that was a little fiddly but not too unpleasant. So with tutorial out of the way I though, right I’m ready to get my gumboots on and slop about. Except the game itself decided it would slap me in the face and tell me I would have to jump through many more hurdles.

The first hurdle is that you don’t have the same starting machinery that you do in the tutorial… not a huge issue (I can understand they want you to learn all the bits you can have.) but it might have been nice instead to perhaps have staged tutorials… ones that would set you on course to be able to start your farm… then once you had passed that level, introduce you to new bits of machinery and how you can use those. But ok… I got around that (you can go and buy new equipment as you start with a decent chunk of change anyway). So over the road I went to buy that plot of land from the tutorial only now I found that it was not for sale. 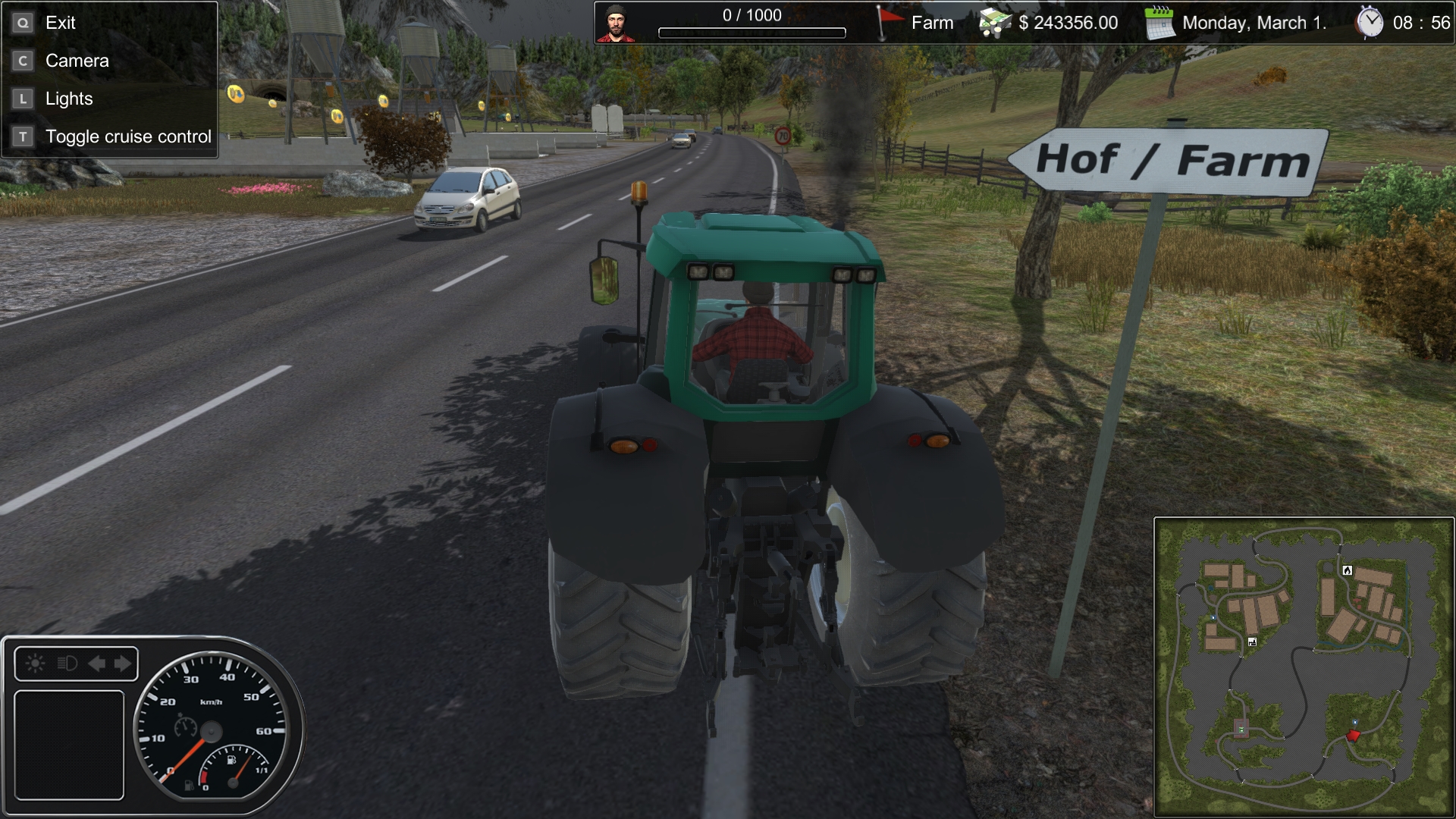 The actual preparing of the field, the planting and the harvesting are quite nice… and can be enjoyable… but the effort of getting to the field and the fiddling around is too much. If the field was just over the road I really don’t think I would have had as much of an issue… sure it’s time consuming going between about 6 pieces of farming equipment to get a field prepared, the crop planted and then harvested… but when you only need to drive over the road to do all of that it’s not too bad. When you have to travel well under the speed limit (I get it, it’s a tractor it goes slow) then have to wait through a loading screen and repeat to get back and for the next stages it just gets to be too much. 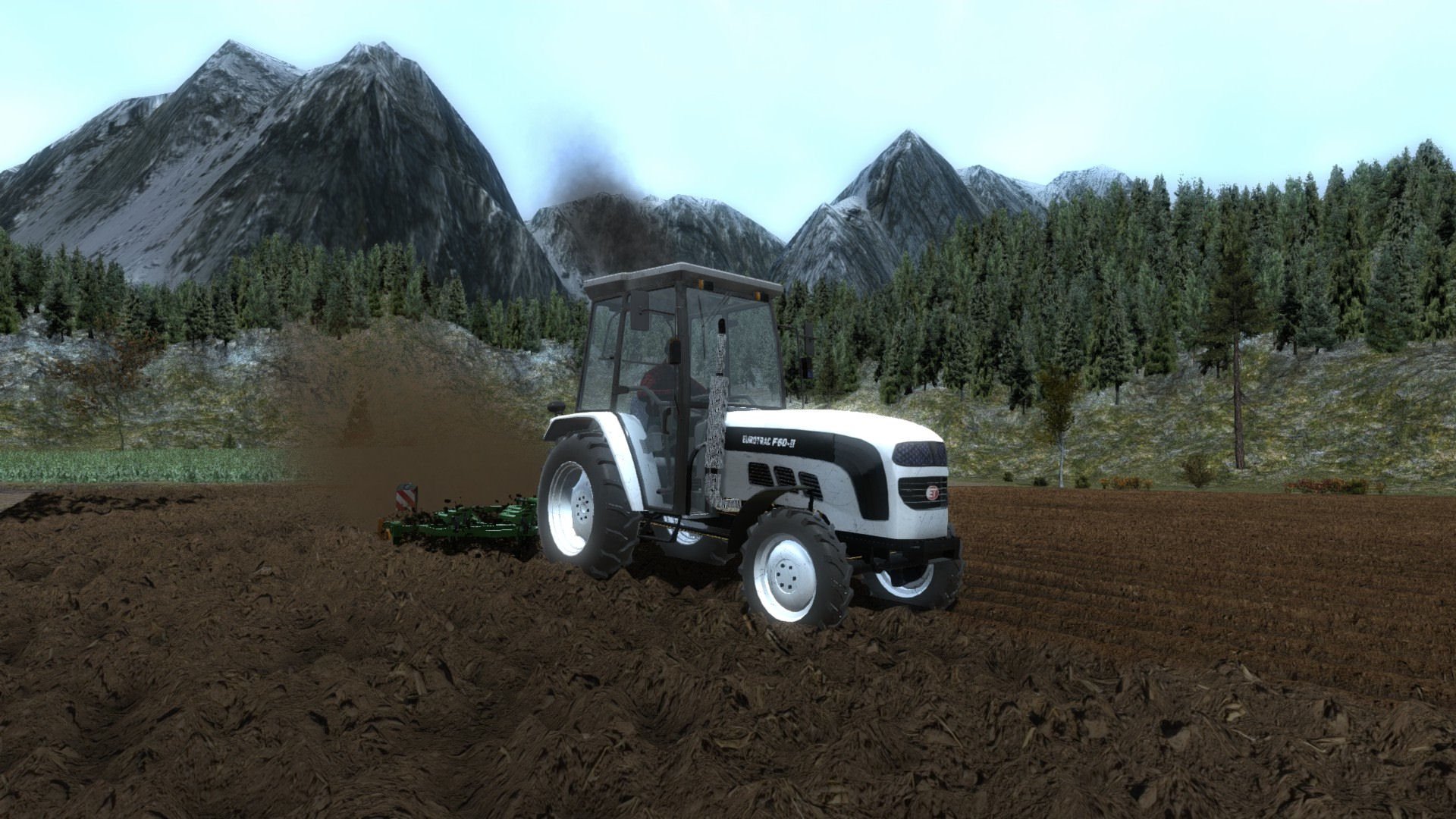 Visually it’s not bad… nothing amazing but there are some nice views… overall though it’s a bit stuck together and lacks a lot of polish. If you are a die hard farming fan you may still find something here to keep you entertained… my suspicion is that you would be better looking at one of the other farming simulators (as there are a few options out there).

As to my initial comparison… the truck simulator games probably work so well because as much as you can get into micromanaging and setting up garages and employees etc… you can just as easily take a job and simply get on the roads and drive… that’s all you have to do. Professional Farmer 2017 (perhaps too accurately) requires you to do a lot, just to get one crop.