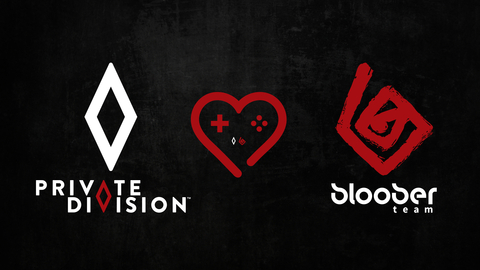 Private Division, a publishing label of Take-Two Interactive Software, Inc. (NASDAQ: TTWO), today celebrated its 5th anniversary of the label by revealing a publishing agreement with Bloober Team. The independent Polish developer is best known for creating psychological horror games and is working on an upcoming unannounced new survival horror IP in partnership with Private Division. Additionally, the label unveiled the Private Division Development Fund to support smaller independent development teams with project financing and mentorship opportunities to enable them to self-publish their ambitious titles. Private Division is also marking their 5th anniversary by releasing a video highlighting its internal studios and developers they have recently partnered with for upcoming releases.

“Whether we’re partnering with established developers like Bloober Team, or smaller independent studios embarking on new projects, we strive to work with teams who are among the absolute best at their craft and support them in their bold and creative ambitions,” said Michael Worosz, Chief Strategy Officer, Take-Two Interactive, and Head of Private Division. “It’s exciting to grow our portfolio into a new genre by adding one of Europe’s most successful independent teams to our talented roster of development partners.”

Bloober Team, well-known for creating horror games such as the Layers of Fear franchise, The Medium, Observer, and more, are developing a new survival-horror game to be published by Private Division. The title is in early development and does not yet have an announced release date. It is not expected to launch before calendar 2025. Private Division and Bloober Team look forward to sharing more details about this game in the future.

“Our next project is an exciting new survival-horror game, which will help us become a leader in the horror industry at large,” said Piotr Babieno, Chief Executive Officer of Bloober Team. “I am grateful for this cooperation with Private Division. Their expertise is extensive, and their people are also very approachable. We don’t perceive them in a typical ‘publisher-developer’ relationship; they’re more like a friend who shows us support or keeps us in line when we need it most.”

“Since we announced Private Division five years ago, we’ve seen a number of promising game ideas from smaller teams that didn’t quite fit with our full-fledged publishing model,” said Blake Rochkind, Head of Business Development at Private Division. “We knew we could not simply have a one-size-fits-all approach in today’s world. We never like to say ‘no’ to an incredible game concept due to the size of the project, and the Private Division Development Fund enables us to identify and support some of the best creative ideas our industry has to offer.”

Today marks the 5th anniversary of Private Division’s announcement as a new publishing label within Take-Two, and to commemorate the occasion the team has released a Private Division Label Update Video. Showcasing the talent, passion, and creativity that makes Private Division and the teams they partner with stand out, this video features the Label’s publishing team, internal studios, and recently signed developers that will drive the Private Division forward in the years to come.

To stay up to date on announcements from Private Division, sign up for the newsletter: https://www.privatedivision.com/newsletter/