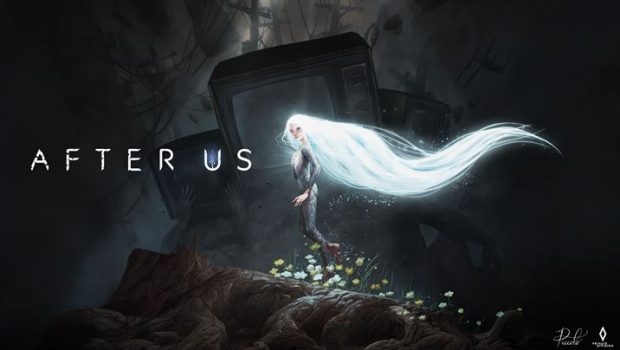 Private Division and Piccolo Studio Announce After Us

Private Division and Piccolo Studio announced After Us during The Game Awards. This riveting exploration adventure game will launch in Spring 2023 for PC on Steam, and on PlayStation 5 and Xbox Series X|S. Play as Gaia, the Spirit of Life, to bring hope to a broken planet in a surrealistic, post-human journey. Traverse stunning environments to save the souls of extinct animals and harness Gaia’s powers to fight the dangers that plague an inhospitable Earth.

After Us features Piccolo Studio’s signature style of delivering impactful storytelling and combines it with compelling exploration and adventure. Gaia must jump, glide, dash, wallride, and swim to evade deadly obstacles and enemies. As the embodiment of life, she has the power to help restore and reconstitute the planet. By emitting bursts of light, Gaia sparks new plant growth revealing new paths for traversal.

“After Us is a game about legacy and hope,” said Alexis Corominas, Game Director at Piccolo Studio. “We set out to craft a powerful game experience that blends poignant narrative with creative game design and unique mechanics. We look forward to seeing everyone’s reactions to the game when it releases next Spring.”

After Us prominently displays a fantastic world wrought by the destructive actions of an unbridled society, experienced by the player across ten different biomes. Players learn the final fates of various majestic creatures, such as the last whale harpooned, the final eagle caged, or the last deer hunted down, before resurrecting their spirits to return life to the world. Each new environment presents new challenges for Gaia and tells the stories of these animal’s final moments before their climactic moment of rebirth.

“A core pillar of Private Division is empowering studios to achieve their creative vision, and it’s exciting to see Piccolo Studio build upon their previous success with Arise, in this new and ambitious game,” said Michael Worosz, Chief Strategy Officer, Take-Two Interactive, and Head of Private Division. “After Us beautifully blends an artistic, abstract world, thrilling gameplay, and a powerful, universal narrative into an unforgettable experience that we are proud to publish from Private Division.”

Check out the announcement trailer for After Us on YouTube.