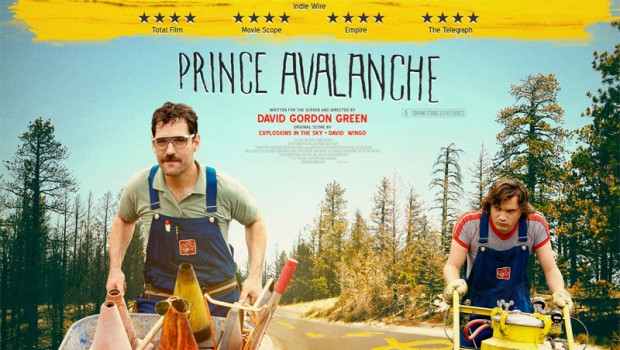 Summary: The film is extremely atmospheric.

Prince Avalanche is a sweet, simple but atmospheric character driven comedy with beautiful panoramic shots and cinematography. In 1987, a wildfire devastated the Texan wilderness by destroying hundreds of thousands of acres and tearing through people’s homes. Alvin (Paul Rudd) and his girlfriend’s brother, Lance (Emile Hirsch) have the job of repainting the traffic lines on the highway which ran through the fire’s path. The two spend their summer learning more about each other and the women in their lives and form a special bond of understand with one another.

Prince Avalanche is a treat. It is an easy watch, but still deep and emotional when it needs to be. It is particularly character and dialogue driven and excels in both of these areas. However, it is not a film where a great deal really happens, which is a credit to director David Gordon Green that he was able to still make the film intriguing and captivating without relying on the conventional method of screenwriting. Yet, if it wasn’t for the beautiful backdrop and unique activity of choice for the main characters, it would not feel particularly special. It is the idea that these two have gone out to do an activity which you would not even think of normally as one that has to be done after a fire (unless you really think about it) that makes it feel so unique. It is also the idea that leaving your world behind and going to such a different, solitary location makes you contemplate things you wouldn’t normally and makes you see your life for what it really is.

The film is extremely atmospheric. The scenery of the rugged Texan wilderness which is recovering from disaster is exquisite. You can feel the tinge of sadness in it, but also the new life it is taking on. The colours are so clear and distinctive of the landscape and it is wonderful how other places are talked of, but not seen. The forest is the only place you see. Prince Avalanche is set in the 1980’s and perfectly depicts the decade in dress and attitude, particularly when Hirsch’s Lance looks like he has just stepped out of an episode of “Miami Vice”. Both Paul Rudd and Emile Hirsch do very well. They both have such distinctive characters and the on screen chemistry between the two is great.

The blu-ray special features include:-

– Deleted Scene Do The Dance

– Featurettes: Paul and Emile, From the Ashes, Lance DeGault