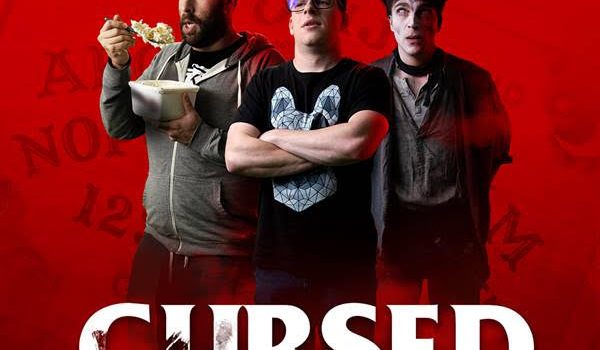 A teaser has just been released from the pilot episode for a new paranormal comedy titled CURSED, from Head Above Water creator Connor Fairclough and award-winning producer Tristan Barr.

Ever been interrupted by an interdimensional force of evil whilst on the toilet? Or had to take responsibility of a possessed doll when you haven’t even mastered personal responsibility? Had to distance yourself from a clingy demon spirit in the form of a clown? Isaac and Ned have, and they’re not overly thrilled about it.

CURSED is a horror-comedy series that parodies the clichés and techniques typically found in the horror genre, similar in style to Shawn of the Dead. Shot with the intention of an online release, CURSED draws influence and satirises such horror films as The Conjuring, IT, The NUN, and Annabelle.

The story follows Isaac (Kyle McCallion), who releases a curse on himself after fiddling with a Ouija Board one drunken night. Through each episode, he and his useless housemate Ned (Omar Al-Sobky) must deal with countless paranormal hauntings whilst managing their daily mundane lives.

“The show was born out of my amusement when watching various horror movies and placing myself in scenes, begging the question, what would I do if faced with different entities of evil?” creator and writer Connor Fairclough says.

Connor reunites his “Head Above Water” cast that can be seen on Channel 9 and Stan, including Elliot Loney who plays ‘Perry’ an unassuming but aspirational entity and Neel Kolhatkar who plays “Charles D” a pompous real estate agents assistant. 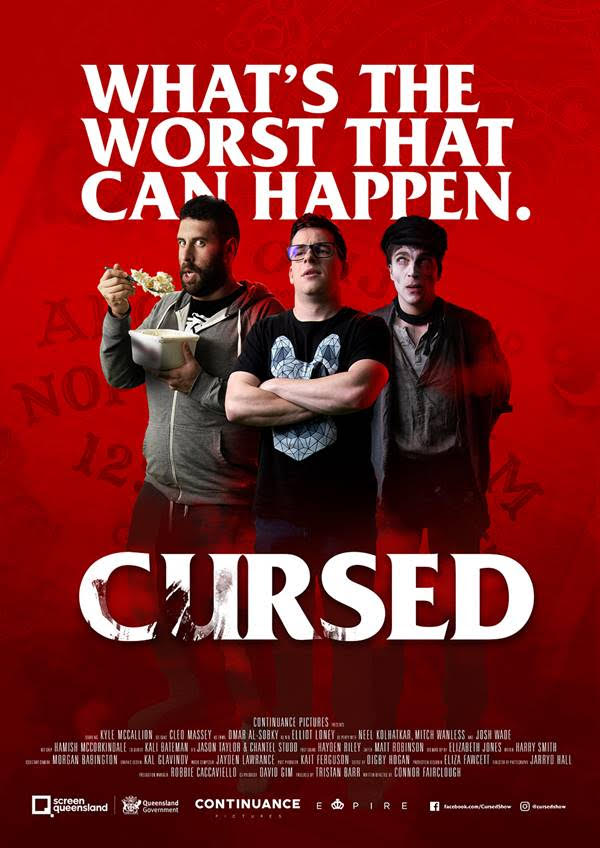 Continuance Pictures is a new production company from the mind behind critically acclaimed feature film Watch the Sunset.

Continuance Pictures are set to produce the first Korean-Australian co-production horror feature in 2019. The same year in which they will launch their development inititive where by writers, directors, producers will be able to apply to have their proof of concept short films financed that correspond to pre-existing long form concepts.