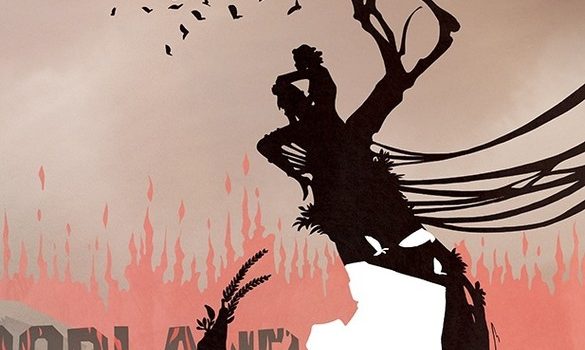 Image Comics is pleased to announce the return of the critically-acclaimed Pretty Deadly series by Kelly Sue DeConnick (Captain Marvel, Bitch Planet) and Emma Ríos (I.D., Mirror) this September. This new installment in the popular, mythic fantasy series is titled The Rat and will be set during the classic Hollywood golden era.

This new story arc will be the midway point in the Pretty Deadly series, with the following volumes four and five’s themes already planned out. “The Rat tells a story of art, addiction, and loss, against a backdrop of an emerging Hollywood,” said DeConnick. “Arc 4, The Butterfly, will look backward to reveal Alice’s origins, and Arc 5 will push the series to its conclusion in the Great Depression. I am so grateful to have this book, and Emma’s partnership, back at the forefront of my life.” 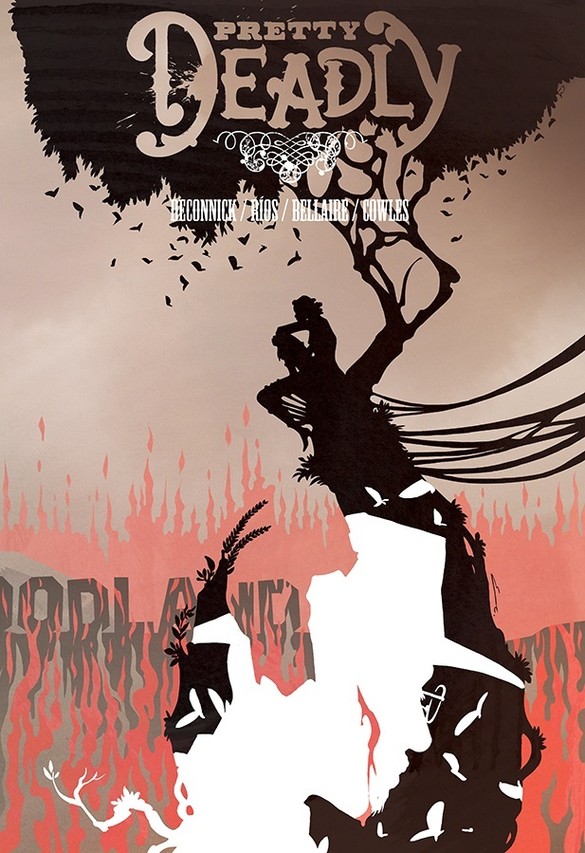 Ríos added: “I’d never do it justice, but The Rat is a love letter dedicated to the fascinating work done by Lotte Reiniger, Svankmajer and the Brothers Quay. The book is steering me from raw violence to subtle horror, and I’m feeling it.

Pretty Deadly: The Rat #1 (Diamond Code JUL190083) will be available on Wednesday, September 4. The final order cutoff for retailers is Monday, August 12.

“With its poetry and violence, there’s nothing like this. Cherish it.” —Kieron Gillen

“This weird western saga gleefully, dreamily fuses a Greek chorus, spaghetti westerns, American trickster tales and creepy Japanese shoujo (girls’) manga. At the core of it, however, is a masterpiece of mythopoeism that many literary fantasists struggle to emulate.” —N.K. Jemisin, New York Times Book Review

“Pretty Deadly goes old Hollywood, and pushes the boundaries of comics storytelling in the most wicked ways. I love it.” —Ed Brubaker

“A ferocious series of powerful characters born of gorgeous art. It is Sergio Leone crossed with Neil Gaiman’s American Gods, a hellish yet alluring mix of epic mythology from the ancient poets, the relentlessly unforgiving fairy tales of the Old World, and the blood-soaked folklore of the Old West.” —Tor.com

“From the moment you crack open its pages, you’re transported into a world as fantastical as any fairy tale and as haunting as any ghost story. Pretty Deadly represents genre-bending to the point of breakage in the best possible way.” —IGN

“It’s ambitious and challenging…under a facade of violence and sacrifice. Ríos’ art is lush and detailed, and is more than capable of keeping up with the far-reaching story.” —Publishers Weekly

“Pretty Deadly, one of the most fascinating comics published today, is a magical realist genre-bender that began as a Sergio Leone-style Western, but has transformed into a grisly World War I story with its second arc.” —The Onion’s AV Club