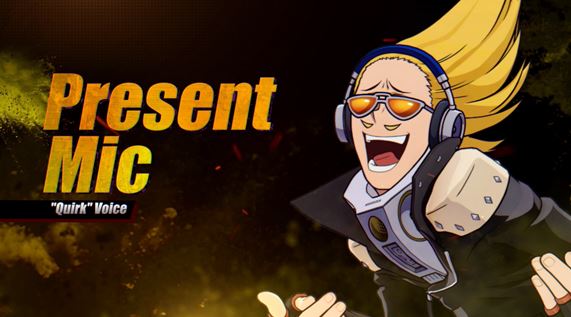 Pro Hero Present Mic is here to teach you some manners! Starting today you can fight as the eccentric teacher and famous commentator of the U.A. Sport Festival. His Quirk modulates the volume of his voice, allowing him to create devastating sonic shockwaves strong enough to render his opponent powerless and blowback anything in his path.

The demo is still available on PS4, Xbox One, Nintendo Switch and PC, giving you access to the beginning of the game in “Story Mode” and to “Free Battle” with six characters from the roster.