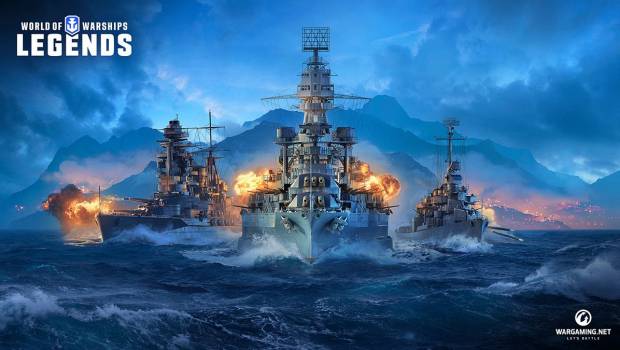 Prepare to Set Sail in World of Warships: Legends

Wargaming’s popular franchise coming to PlayStation®4 and Xbox On

20TH JUNE, 6.00pm AEDT — Wargaming is proud to announce that one of their biggest titles is about to embark on its maiden voyage on PlayStation®4 and Xbox One. World of Warships: Legends promises to stir up the waters by bringing the ultimate naval combat experience, never seen on consoles before.

Developed by Wargaming St. Petersburg, the team in charge of World of Warships PC, World of Warships: Legends provides a fresh take on the XX century naval warfare by taking advantage of the power and capabilities of the most popular modern consoles. In addition to thrilling, immersive battles with the most iconic warships from maritime history, the naval MMO will also contain content and features exclusive to console users.

Wargaming St. Petersburg is inviting aspiring testers to experience the game first. With the Alpha Test planned to start in July, players from all over the world are welcome to participate.

World of Warships: Legends is scheduled for release in 2019, with more information to be revealed at gamescom 2018.

For your chance to apply for the Alpha Test and find more details about the game, visit: wowslegends.com.

Wargaming is an award-winning online game developer and publisher headquartered in Nicosia, Cyprus. Founded in 1998, Wargaming has grown to become one of the leaders in the gaming industry with 4500+ employees and more than 20 offices globally. Over 200 million players enjoy Wargaming’s titles across all major gaming platforms. Their flagship products include the massively popular free-to-play hit World of Tanks and the strategic naval action game World of Warships.

Wargaming focuses on external partnerships with established and indie developers across PC and console through the company’s third-party publishing unit, Wargaming Alliance. Wargaming Mobile, a unit dedicated to capitalizing on the mobile market, is actively forging new collaborations to deliver new and engaging on-the-go experiences.