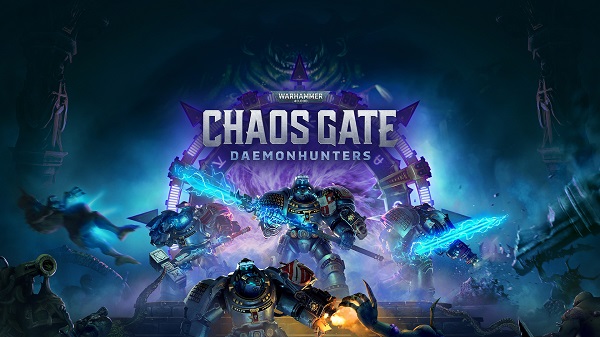 Prepare to purge the daemonic horde with the full cinematic trailer of Warhammer 40,000: Chaos Gate – Daemonhunters

Developed by Complex Games, Warhammer 40,000: Chaos Gate – Daemonhunters is a fast-paced, turn-based tactical RPG, telling the story of a squad of Grey Knights, an elite brotherhood of genetically-enhanced Space Marines devoted to purging the corrupting forces of Chaos and their fight to stop the spread of a daemonic plague; The Bloom.

Armoured in faith and shielded by devotion, the Grey Knights are humanity’s greatest weapon in the 41st Millennium. Controlling a Strike Force of these superhuman Daemonhunters, players will experience the visceral, brutal combat the Warhammer 40,000 universe is renowned for, while following the journey of these battle-brothers in a narrative penned by acclaimed New York Times bestselling author, Aaron Dembski-Bowden.

Warhammer 40,000: Chaos Gate – Daemonhunters will release on PC in 2022 on Steam and the Epic Games Store, published by Frontier Foundry, and is available to wishlist now. Frontier’s existing partnership with Games Workshop® also includes the previously announced Warhammer® Age of Sigmar® RTS title, which is currently in development.