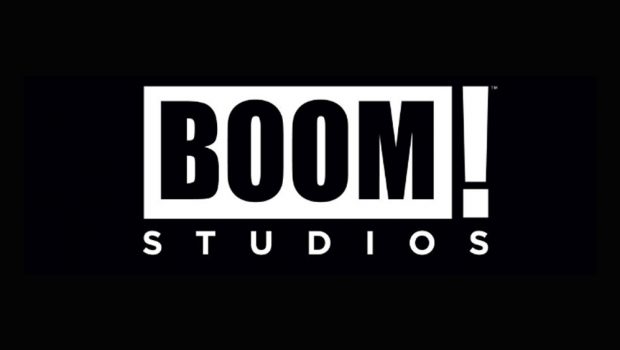 BOOM! Studios announced today that it has promoted several key employees in the Marketing, Editorial, and Production Design teams following a historic year in which the company launched the industry-breaking series premiere of Keanu Reeves’ BRZRKR, broke many of their previous series launch records with numerous new original series by highly acclaimed creators, earned nine Eisner Award nominations, continued to deliver industry leading on-time shipping (98%), and announced several live-action and animated projects in production including R.L. Stine’s Just Beyond with Disney+ and Mech Cadets with Netflix, as well as the release of The Empty Man film with Twentieth Century Studios.

Michelle Ankley has been promoted to Manager, Production Design. Michelle joined BOOM! Studios in 2014 and has been a critical force in the continued development and evolution of the company’s Production Design department, while contributing incredible design work to hit series including Something Is Killing The Children, Ronin Island, and BRZRKR.

Breanna Sarpy has been promoted to Marketing Lead, Digital. Breanna began as BOOM! Studios’ Executive Assistant in 2018, before moving to the Marketing team where she took on various aspects of BOOM! Studios’ digital marketing initiatives, including hosting the company’s digital video interview series, BOOM! Chat.

Sophie Philips-Roberts has been promoted to Editor. Since joining BOOM! Studios in 2016, Philips-Roberts has worked with BOOM! Box Senior Editor, Shannon Watters, on numerous award-winning, best-selling titles including Lumberjanes, Giant Days, Fence, The Backstagers, and many others.

Allyson Gronowitz has been promoted to Associate Editor. After interning with DC Comics, Allyson joined BOOM! Studios as an Assistant Editor in February 2019, and has been instrumental in the continued success of The Jim Henson Company publishing program.

Amanda Lawson has been promoted to Marketing Coordinator. Amanda joined BOOM! Studios at the end of 2018 as Marketing Assistant bringing with her experience in comic retail and has continued to expand her role to encompass all aspects of BOOM! Studios’ publicity and marketing.

In addition to these promotions, BOOM! Studios also recently hired:

Ryan Matsunaga has joined as Director of Marketing. Previously, Ryan led marketing operations at Skybound Entertainment, where he oversaw campaigns across the company’s publishing, TV, gaming, events, and DTC initiatives. While there he also directed social media and digital strategy across Skybound’s diverse portfolio of IP, including The Walking Dead and Invincible.

Elizabeth Brei has joined as an Editor. Elizabeth comes to BOOM! Studios from IDW Publishing, where she spent three years working as part of the editorial team. While at IDW, she edited original and licensed properties for Disney, Marvel, and Scholastic among others. She has launched series such as Marvel Action: Chillers, Sleeping Beauties, based on the novel by Stephen and Owen King, GLOW, based on the hit Netflix series, and the bestselling Star Wars: The High Republic Adventures as part of Lucasfilm’s High Republic publishing initiative.

Kathleen Wisneski has joined as an Editor. Previously, she was an editor at WEBTOON, leading a small editorial group focused on horror, thriller, and science fiction comics. Prior to that, from 2015 to 2020, she worked at Marvel Entertainment, assisting on a range of books in the Spidey-Office, eventually editing Miles Morales: Spider-Man by Saladin Ahmed and Javier Garrón and The Amazing Mary Jane by Leah Williams and Carlos Gomez.

Harley Salbacka has joined as Retail Sales Coordinator. Previously, Harley was Sales & Marketing Representative at Humanoids from 2018 to 2021 where she oversaw a variety of sales responsibilities. She also brings with her nearly four years in comics retail.

“It’s thanks to the dedication and hard work of our personnel that in the midst of global upheaval and industry-wide changes, BOOM! Studios has been able to share some incredible new stories with our readers and fans this past year. We’re very excited to acknowledge our team members’ contributions as well as welcome some brand new members to our team, ” said Filip Sablik, President of Publishing & Marketing, BOOM! Studios.

These promotions and new hires come after a historic year for BOOM! Studios which saw the launch of an array of new original series including BRZRKR by Keanu Reeves, Matt Kindt, and Ron Garney; The Last Witch by Conor McCreery & V.V. Glass, Abbott: 1973 by Saladin Ahmed and Sami Kivela, Specter Inspectors by Bowen McCurdy & Kaitlyn Musto; ORCS! by Christine Larsen, Proctor Valley Road by Grant Morrison, Alex Child, and Naomi Franquiz; The Many Deaths of Laila Starr by Ram V and Filipe Andrade; Eve by Victor LaValle and Jo Mi-Gyeong; Basilisk by Cullen Bunn and Jonas Scharf, Save Yourself! by Bones Leopard, Kelly & Nichole Matthews, Good Luck by Matthew Erman and Stefano Simeone, Mamo by Sas Milledge, Dark Blood by LaToya Morgan and Walt Barna, and Eat the Rich by Sarah Gailey and Pius Bak, as well the addition of worldwide pop culture phenomenon Magic: The Gathering to their exciting slate of fan-favorite properties.