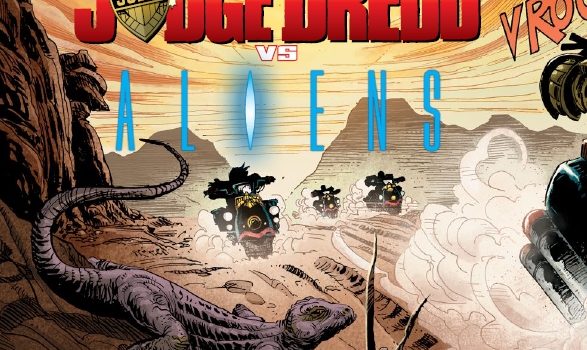 Summary: In a battle between Judge Dredd, Aliens and Predators, who would win?

I grew up reading Judge Dredd… at least the comic compendium edition that my local library had. From that I developed my love of the grittiness of Dredd, his seemingly strong sense of right and wrong and ability to dispense justice on the spot. Then I became old enough to watch Alien and Predator and my love for them grew with each watching. Now we have a cross over I would never have expected… Predator versus Judge Dredd Versus Aliens! 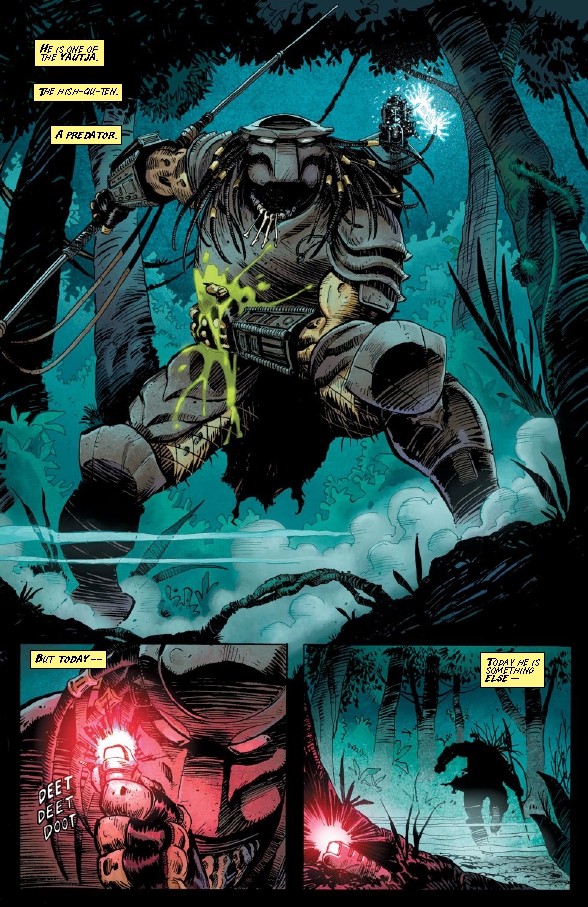 The comic deals with Dredd tracking down a genetic scientist who has got his hands on a xenomorph skull. What could be worse than facing down a Predator, surely facing down an Alien as well. What might possibly be even more fearful than that? Someone with the power to splice both lots of genetic material together and create and even more fearsome foe. If there is a single person who could stand against that creature (other than probably Ripley) it would have to be Judge Dredd with a bit of help from his Lawgiver. It’s a hot time in Megacity 1 and it’s about to get very very dirty! 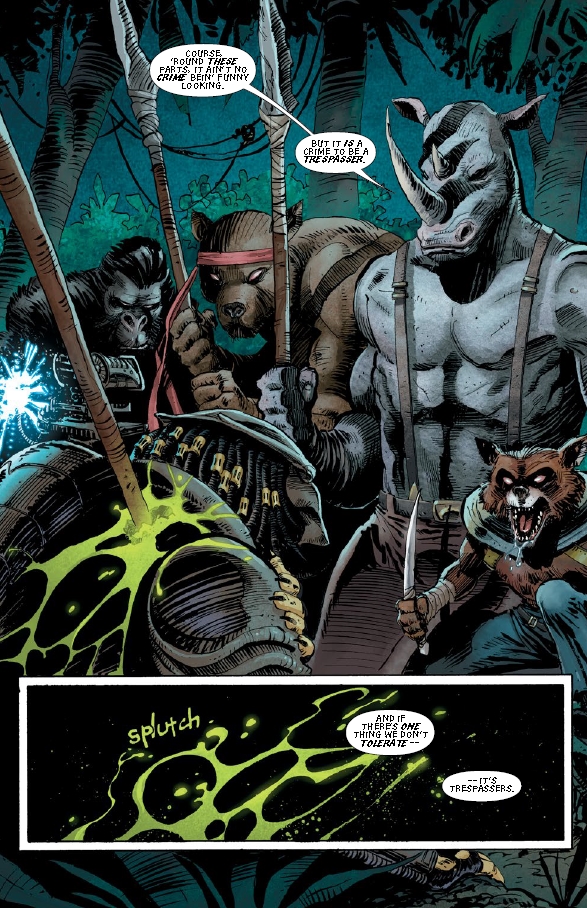 How do you set up a great action comic? You put together some of the biggest bad as@#s known to man, a Predator, Judge Dredd and Aliens (sounds almost like the start of a joke). The notion that Dredd will have to face off against Aliens is daring enough… but with the prospect of being able to hunt two great combatants, could a Predator really stay away… it would seem not. This first edition actually pits the Predator as prey as he is being hunted by some genetically created beasts that we find are working for the outlawed geneticist. Things are definitely set to get nasty! 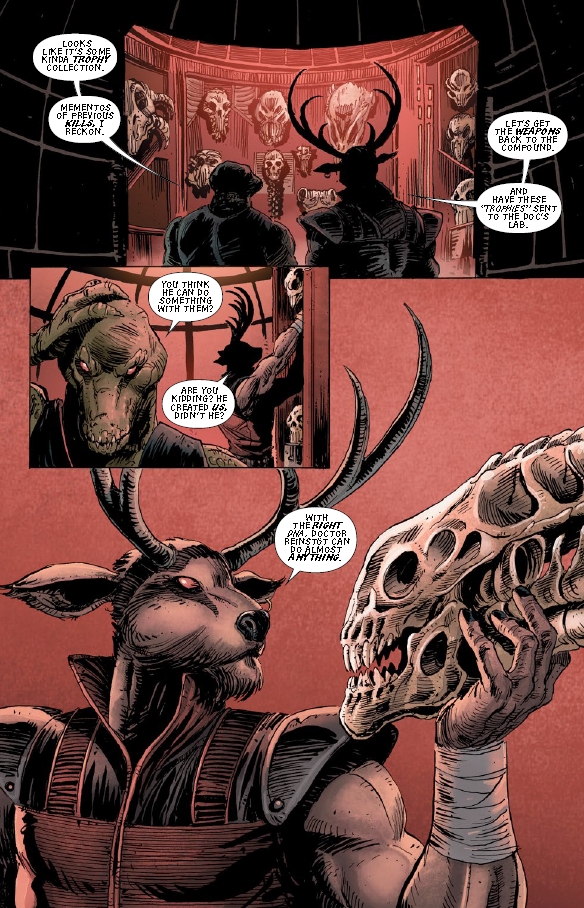 This takes me back to some of my earlier days reading Judge Dredd… there is that edgy somewhat grittiness about Dredd that helped draw me in… things weren’t so neat and tidy in his world and they sure stick to that notion in this comic… the vast open lands, the oppressive junglescapes… it all helps draw the reader into this otherworldly universe and sets things up for the massive show down that is sure to come. 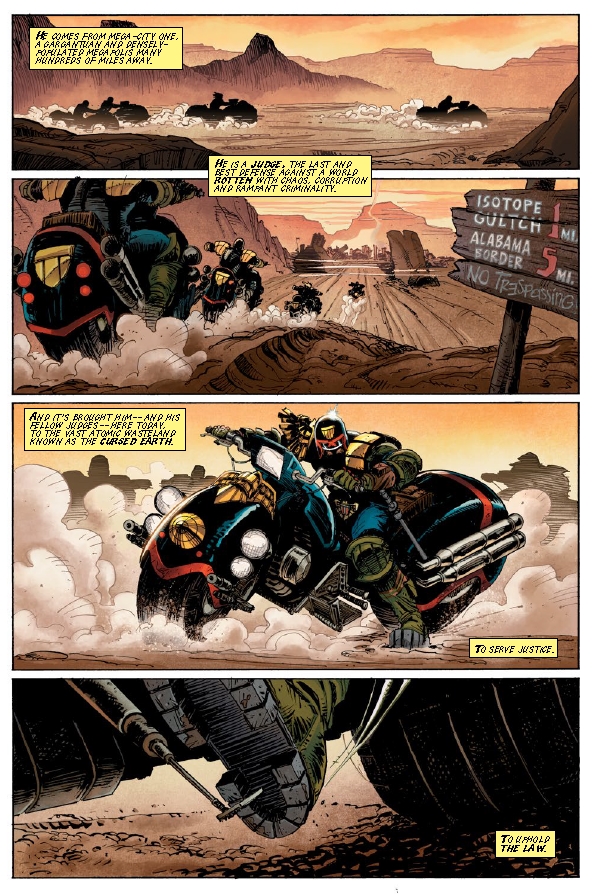 As I mentioned… this is not a combination I would ever have expected, but after reading this issue I am actually keen to see where it goes. The strange creatures that capture the Predator are odd in their own right… but then learning how they came about and the assumed power of their creator and the notion of what they might do with the genetic material of an Alien and a Predator… Stuff is going to go down!!! I would pity Dredd and his need to come between these forces… except I know how tough Dredd is and the way he is likely to deal with this is violently and no doubt very satisfactory to readers.