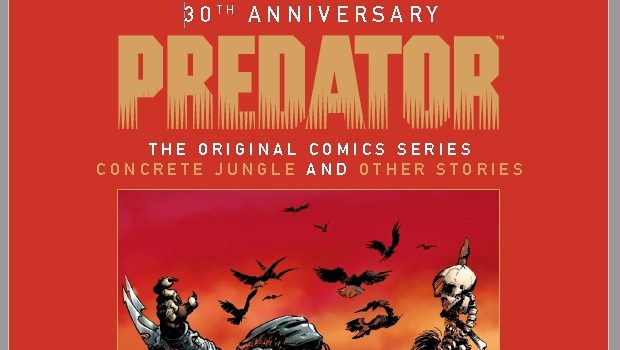 Summary: Where the original Predator movie left off with Dutch being extracted by "Da Choppaaahh!", the comic takes us Stateside where Dutch's brother is trying to find out what happened, getting into his own tangle with the Predator/s in the process.

The Predator is a Sci-Fi classic… it came about in the era of big action stars with big explosions and over the top action and cheesy one liners. Predator: The original comics series follows on directly where that left off in the sense of style infused throughout. You can’t really get a bigger action star than Arnie… so Mark Verheiden does the next best thing… creating a brother who is just as big and over the top. Beginning with Concrete Jungle (which went on to heavily influence the script for Predator 2) it’s action a plenty from the get go. 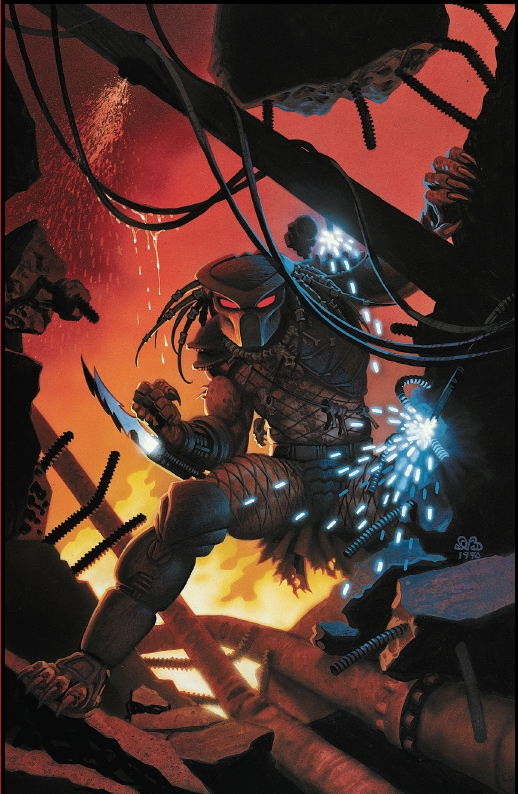 As mentioned, these stories are ripped right out of 80’s/90’s action movies… there was something about that era that just produced a style that sat between trashy and quality… it was over the top but in a fun way, the lines were borderline on the nose but they just seemed to work. Mark has bottled that magic of the era and soaked these stories liberally in a vat of action glory. I could imagine a younger audience perhaps finding it a bit far fetched or excessive… but for those of us who were raised on the stuff it’s a nostalgia trip of testosterone and adrenaline fueled craziness. 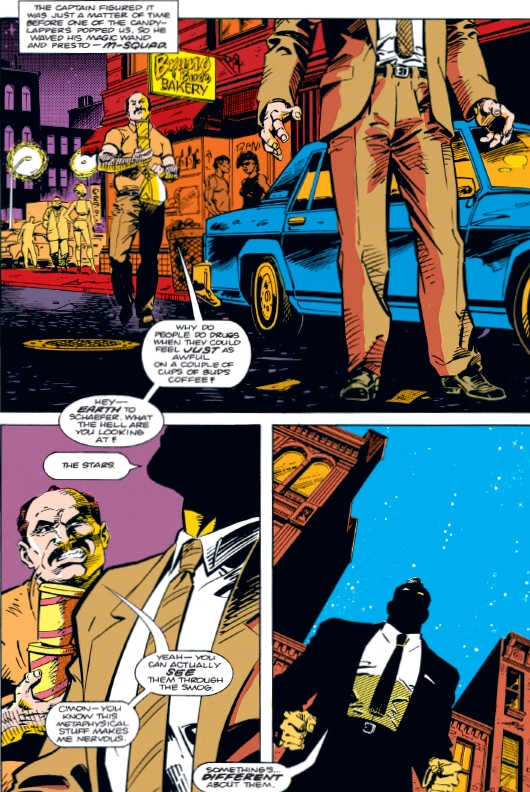 Almost to match the retro writing style the artwork has a more classic appeal as well. Each panel has minimal colours but those that are there are used to accentuate the action. Our hero is the archetype of action heroes… essentially Arnie reborn in ink, hell even Schaef’s portly partner Rasche shows evidence of muscle. There are also some lovely renditions of the Predators, especially some of the black and white page breaks… excellent use of lighting really highlights the fearful visage they represent. 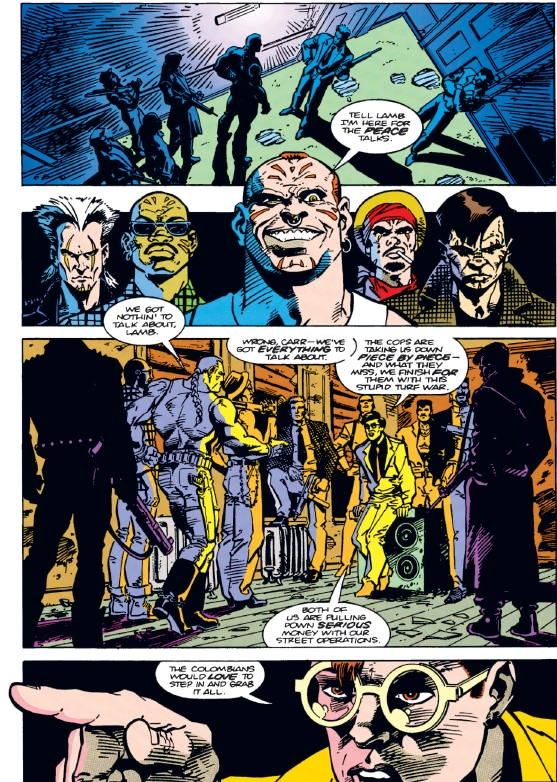 It’s absolutely pushing the boundaries of belief in most of the stories (how two cops can get away with doing even a fraction of what Schaef and Rasche do without being thrown off the force and into jail is beyond me)… but it fits with the style. Think Last Action Hero but with Predators and you are in the ball park. It’s quite interesting reading the origins of Predator 2 (a movie which I feel is highly underrated… though I haven’t seen it in years so perhaps my memory is more favourable than the film deserves). If you are a fan of the Predator or even just 80’s/90’s action films I think you will get a good kick out of this. If you are after gritty realism… probably best to give it a miss. 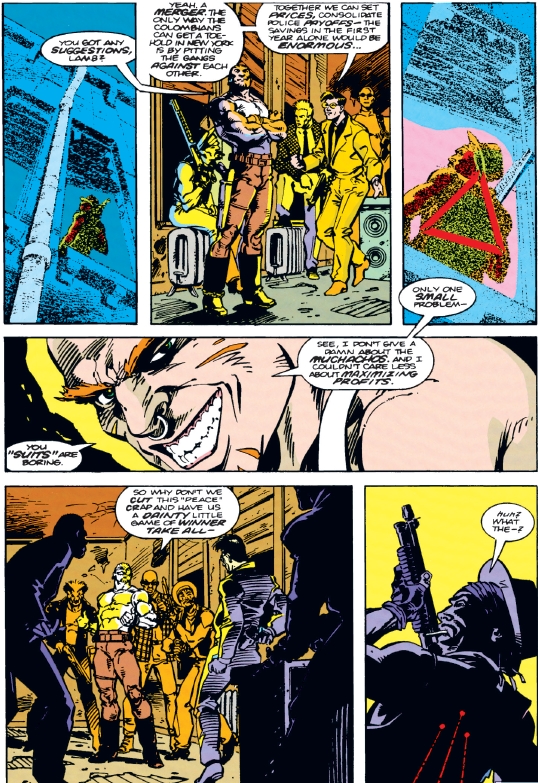