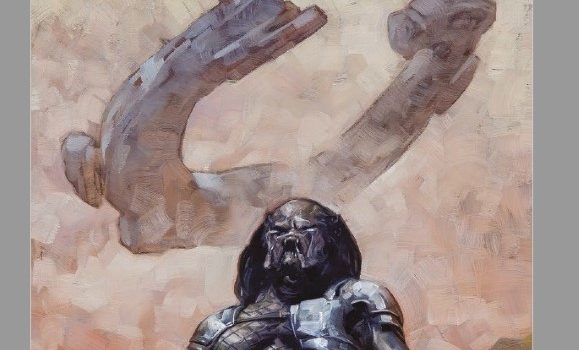 Summary: Weyland-Yutani continues their attempts to own everything, in the process they risk everything!

The mythology of the Predator has grown and grown ever since a small band of hostage recovery experts entered a jungle to perform a “routine” extraction and instead left decimated by an otherworldly monster. Predator Life and Death continues that mythology and ties it in with the other franchise that just seems to fit so well with it, Alien! As a result we have Weyland-Yutani exerting their influence over planet Tartarus and it’s contents… which they soon discover includes a horseshoe shaped vessel. 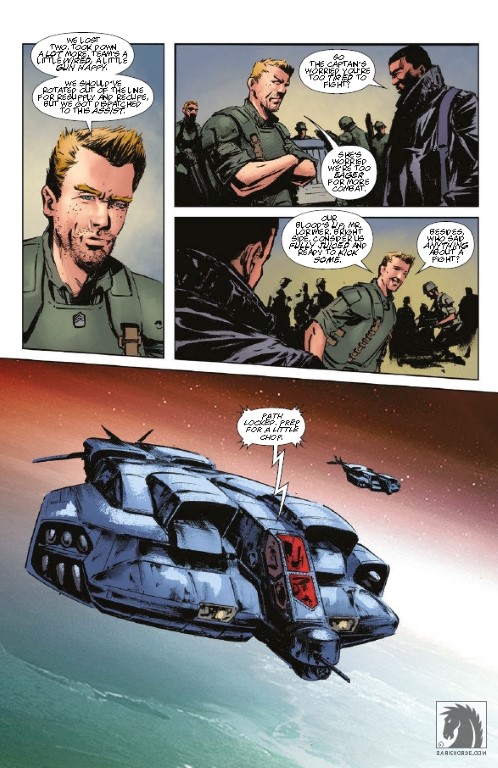 The source material is full of characters and situations to pull rich material from and Dan is more than happy to throw tips of the hat throughout. Whilst the hat tips could come across as on the nose… Dan has done a great job of just using it as a way of infusing the story with familiar elements that on the one hand remind us of the stories we know and love and on the other that these characters share a similar mentality… the bravado of the Colonial Marines, the ruthless company single mindedness of the Weyland-Yutani Rep… the desperation when things go South. It’s a very enjoyable addition to the mixed franchise. 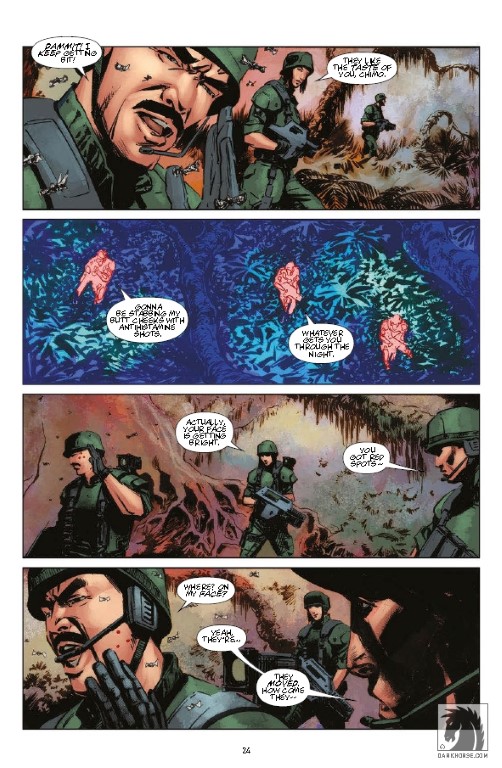 Just as iconic as the stories of Predators and Aliens are the images of the two fierce creatures. One thing that was always going to be interesting in a non moving image format was how the Predator’s cloaking would be depicted. In this regard I think Brian Albert Thies has done a wonderful job… over a couple of panels the outline in ghost like form is revealed and it just works so well… we know that form, that glass-like silhouette… from that point we know the Colonial Marines are in trouble. Not long after we see one of the other main iconic images of the companion franchise… the Alien ship, the giant “bio-mechanical” horseshoe. Again the familiarity instantly puts us in familiar territory and tells us we are in for some action. Not for the squeamish there is also a plentiful supply of late 80’s early 90’s movie blood shed splattered through the battles as well… just to really drive the origin of these two cinematic foes home. It should also be noted that the cover art of David Palumbo is wonderful giving the Predator it’s bold, strong proud visage ready to strike fear into it’s prey and claim it’s trophy. 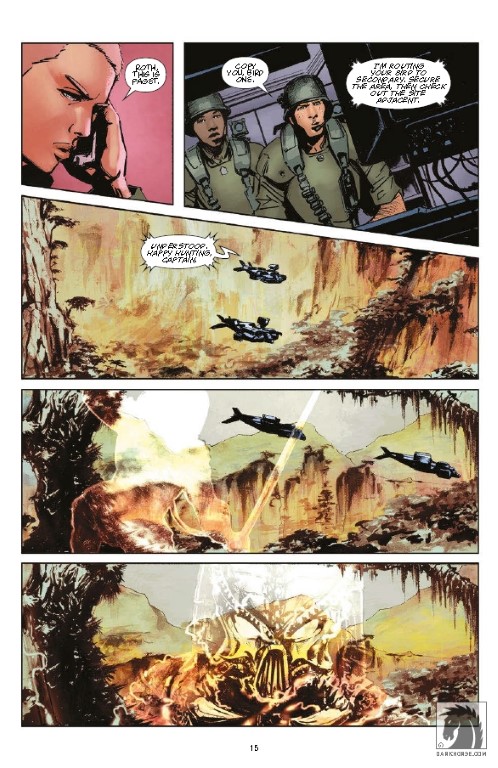 It would be very easy to do the wrong thing by these well loved franchises… it would be too easy to just lay down the references so thick that there really wouldn’t be anything new. Dan has done a great job of putting enough homage to the source material for the average reader to get a grin here and there at the familiar banter… but also enough new material to really flesh out the world these characters live in. The vast reach of Weyland-Yutani seems even more palpable with this story showing just how merciless they are in pursuing their own goals. A lovely addition to the rich world both beasts inhabit and a great furthering of the tie between the two formidable adversaries. 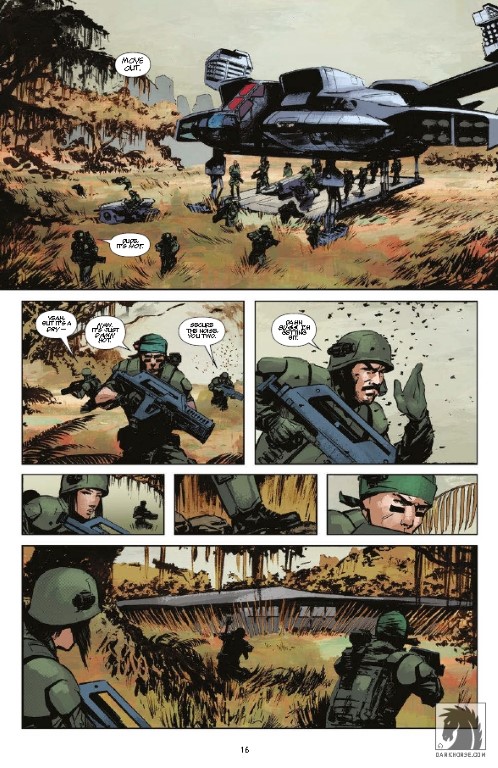 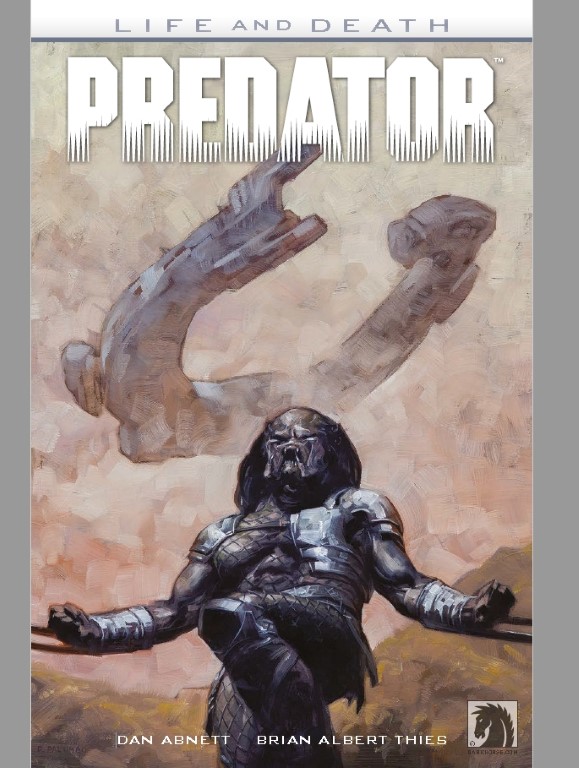