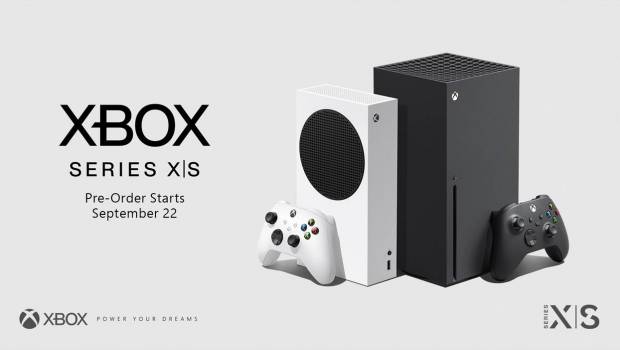 Beginning on September 22, you’ll be able to pre-order Xbox Series X and Xbox Series S online at the following retailers:

Across Europe, the Middle East, and Africa, you can pre-order online starting at 9AM CEST at Microsoft Store, Amazon, MediaMarkt, GameStop, FNAC, Elkjøp/Elgiganten, and other participating retailers. Retailers and availability may differ by country.

For in-store pre-order availability please check with your preferred retailer.

Pre-order is also available via the Xbox All Access program. Xbox All Access is your all-inclusive pass to Xbox where you can get the next-gen Xbox console of your choice plus 24 months of Xbox Game Pass Ultimate, with over 100 high-quality games and soon an EA Play membership, from $33 a month for 24 months with no upfront cost. As with our standalone console purchasing, you’ll be able to pre-order Xbox All Access starting on September 22, aligned with regional start times at the following retailers:

Also, as a reminder for existing Xbox All Access members, you now have even more flexibility when it comes to your upgrade path to the next generation. This means you are now able to purchase Xbox Series X or Xbox Series S with Xbox All Access at any time, including during the pre-order window, (US and UK-only, subject to availability) while still completing your minimum payment requirements for upgrade. Learn more about how to upgrade at xbox.com/xboxallaccess-upgrade.

We hope you’re as excited as we are to usher in the next generation of console gaming with Xbox Series X and Xbox Series S. We’ll be bringing you more details on both consoles, details on games and so much more as we get closer to launch on November 10.