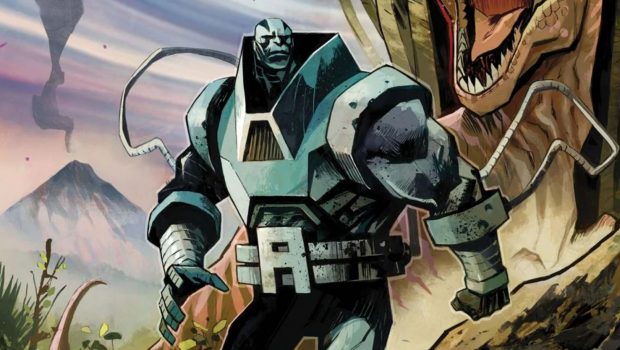 Summary: Jonathan Hickman starts to place the final pieces of his increasingly complex puzzle in another intriguing issue of HoX/PoX.

This issue and its predecessor (House of X #5) finally start to set the stage for the Dawn of X, giving the reader a sense of cautious clarity. Despite the in-depth explanations for the machinations we’ve been witnessing for the past 10 issues, Hickman can’t help but get coy with the reader in the opening and closing inscriptions. Professor X’s “They will think we are doing one thing, but the truth is we are doing something altogether different” seems especially pointed at the audience.

Hickman proves very adept with his characterization and use of voice in this issue. His Emma Frost feels exactly like she should. He manages to perfectly capture her skill at being both demeaning and charming at the same time. Additionally, his Namor is pitch-perfect. Hickman has had plenty of experience writing Namor throughout his Avengers/New Avengers run, and it certainly shows in this issue. The line “The good… The evil… And those beyond such quaint descriptors” is poetic, memorable and oh-so-Namor. 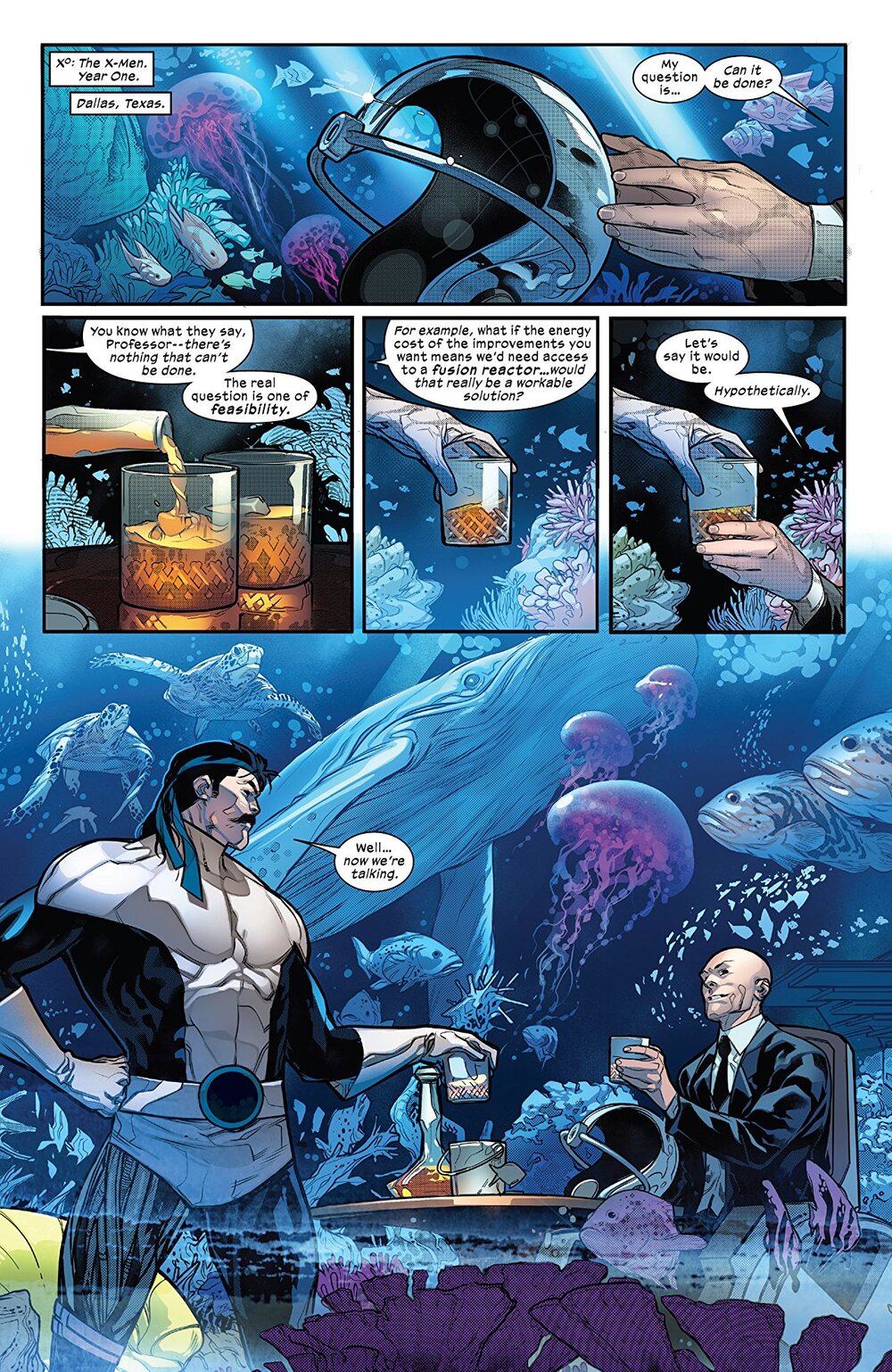 I continue to feel as if I’m struggling to keep my head above water in the X^3 portion of the issues. The reader is inundated with explanations for advanced machine societies, singularities and the connective tissue between them. However, recognizing the intricate story that Hickman is weaving here, it seems that the reader will need to hold on and wait for that inevitable payoff.

This issue is one of R.B. Silva and Marte Garcia’s best outings yet on the series. The opening scene in which Forge and Xavier discuss the mechanics of how Cerebro’s upgraded system functions would come off as rather mundane if not for the beautiful, colorful illustrations of sea-life floating ethereally around them. The panel layouts in this scene prove especially effective as they begin large and open and become confined as the conversation gets deeper and more ominous.

In the middle portion of the issue, taking place in the Louvre, the art encounters some minor problems. Emma Frost’s facial features become very loose and inconsistent and it doesn’t always look like the same woman from panel to panel. That criticism aside, the panel of the mind-controlled humans is haunting. They are drawn to look like mindless cattle – pupil-less and blank-faced as they’re herded away. It gives the reader a sense for how truly inferior the human race appears to the mutants.

Finally, in the X^3 portion, Silva and Garcia do an excellent job with the Phalanx. Their scenes are bathed in yellow, giving it a distinct feel. I’m a huge fan of the Phalanx design here. They’re illustrated and colored as featureless black shadows, coursing with yellow electricity and circuitry. This portrayal drives home the idea that these creatures are both entirely alien and machine-like in a really aesthetically pleasing way.

This issue isn’t very eventful, but it serves to flesh out and explain how the X-Men have gotten to the point they’re at currently (and will be). Hickman’s writing is as strong as ever and he continues to weave in breadcrumbs for how this new era will eventually come crashing down. Silva and Garcia deliver their best issue yet as they keep everything visually pleasing. I can’t wait to see how this all concludes and what final swerves Hickman has in store for us.