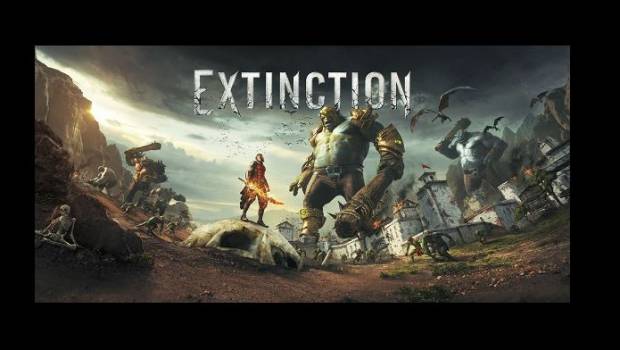 Sydney, December 15, 2017 — Today, Iron Galaxy releases a new Extinction featurette narrated by Executive Producer of the game, Derek Neal. Extinction is due to release this coming Spring. In the new video, Derek gives us a look at some useful skills players can equip to quickly eradicate the massive Ravenii threatening the kingdom of Dolorum.

Choices matter in Extinction. It’s up to our hero, Avil, to use his powers to transport civilians to safety while also slaying his foes and completing other necessary objectives. Ground and air minions – known as Jackals and Vultures – each have to be dealt with in their own ways, but it’s the armoured Ravenii that require extra-special attention. One wrong move could mean death for the townspeople or destruction for the cities.

As seen in the Skills & Strategy video, there are a number of upgrades obtained through the game’s skill tree that will aid Avil tremendously, giving him an advantage over the many elite Ravenii he will battle. Some of these include the Rune Slowdown and Air Recovery abilities. One of the most important skills in the game, Rune Slowdown allows Avil to essentially freeze time, buying a few precious seconds to focus on a particularly difficult task. Air Recovery allows you to regain control when you fall or are knocked down, which will help you stay atop an ogre long enough to plan your next manoeuvre. This makes it a valuable skill to employ once you’ve successfully made contact with a Ravenii’s body.

Players will be able to cut down even the most well-armored opponent using these meaningful, skill-based combat tips. Learn more in the new trailer from Iron Galaxy, and look for the game in stores next year.

Extinction will be available on PlayStation®4 computer entertainment system, Xbox One, and PC in Spring of 2018.