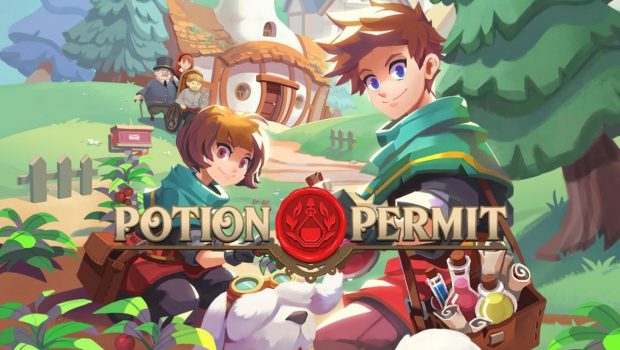 Summary: Potion Permit may not be the best life simulation or harvesting game you would play, but experiencing it shouldn’t be empty of pleasure.

Potion Permit is a life simulation game where you take control of a Chemist who arrives at a village called Moonbury with his little dog, to help the villagers. But the people of Moonbury have some unpleasant history with people of the Capital and especially chemists. This is where the story begins and you as a chemist have to help people in any way you can. Your main goal in the game is to heal the patients that come to your clinic but as you progress throughout the game, you will learn more about Moonbury, its people, and its history which will explain why the people of Moonbury don’t like chemists. 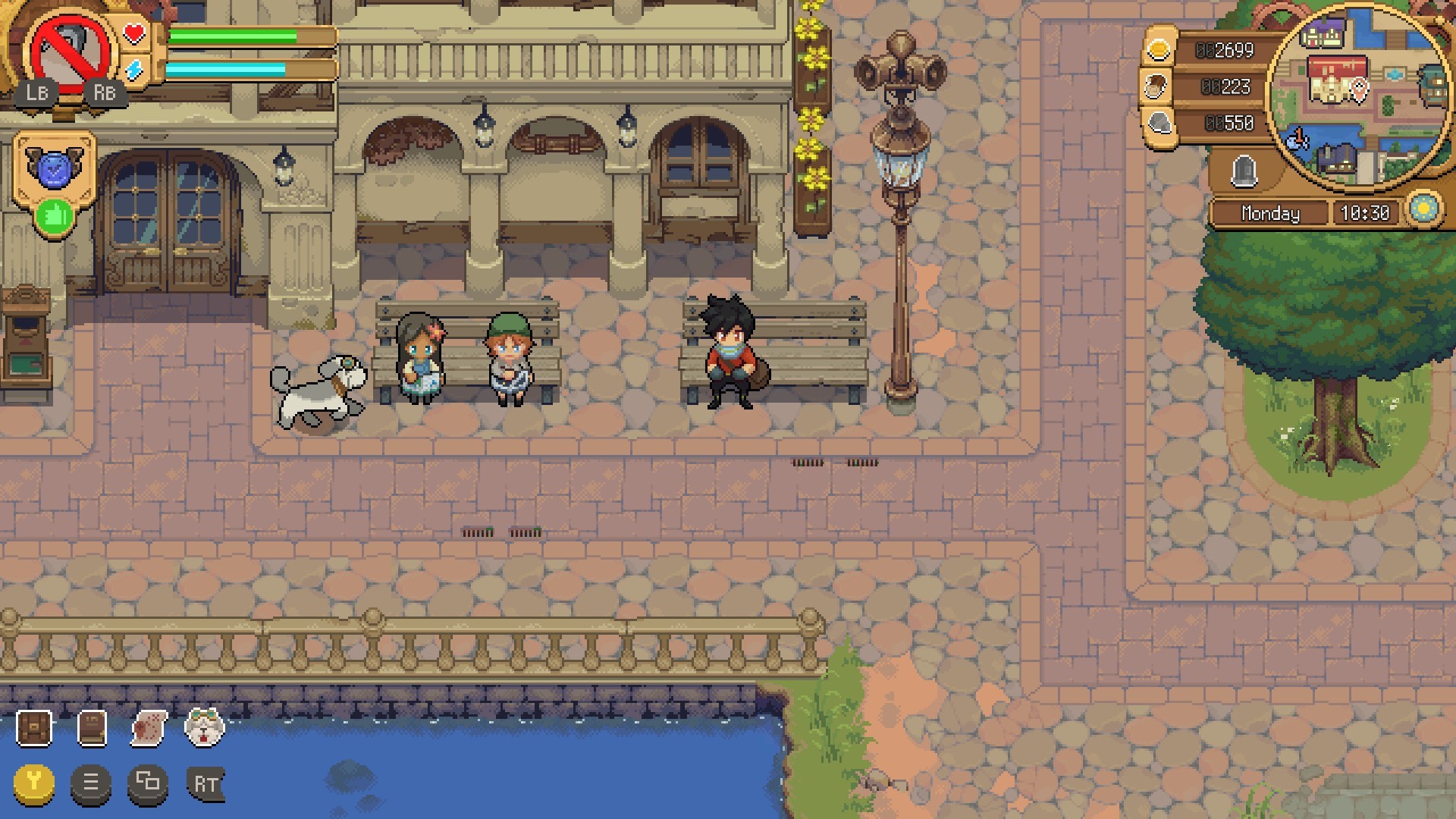 As progress through the story, you would realize something terrible has happened to the environment of Moonbury. The idea behind the story is unique if the storytelling is not. Not many games decide to talk about environmental changes, even though it has a direct impact on our lives.

The good thing about this section of the story is that it is told subtly. You won’t even notice it if you don’t pay attention to it. This is something that most video games, even the biggest and best of them can do wrong. It is a thin line between telling a story and turning it into a piece of statement, and Potion Permit does a fantastic job of maintaining that line. 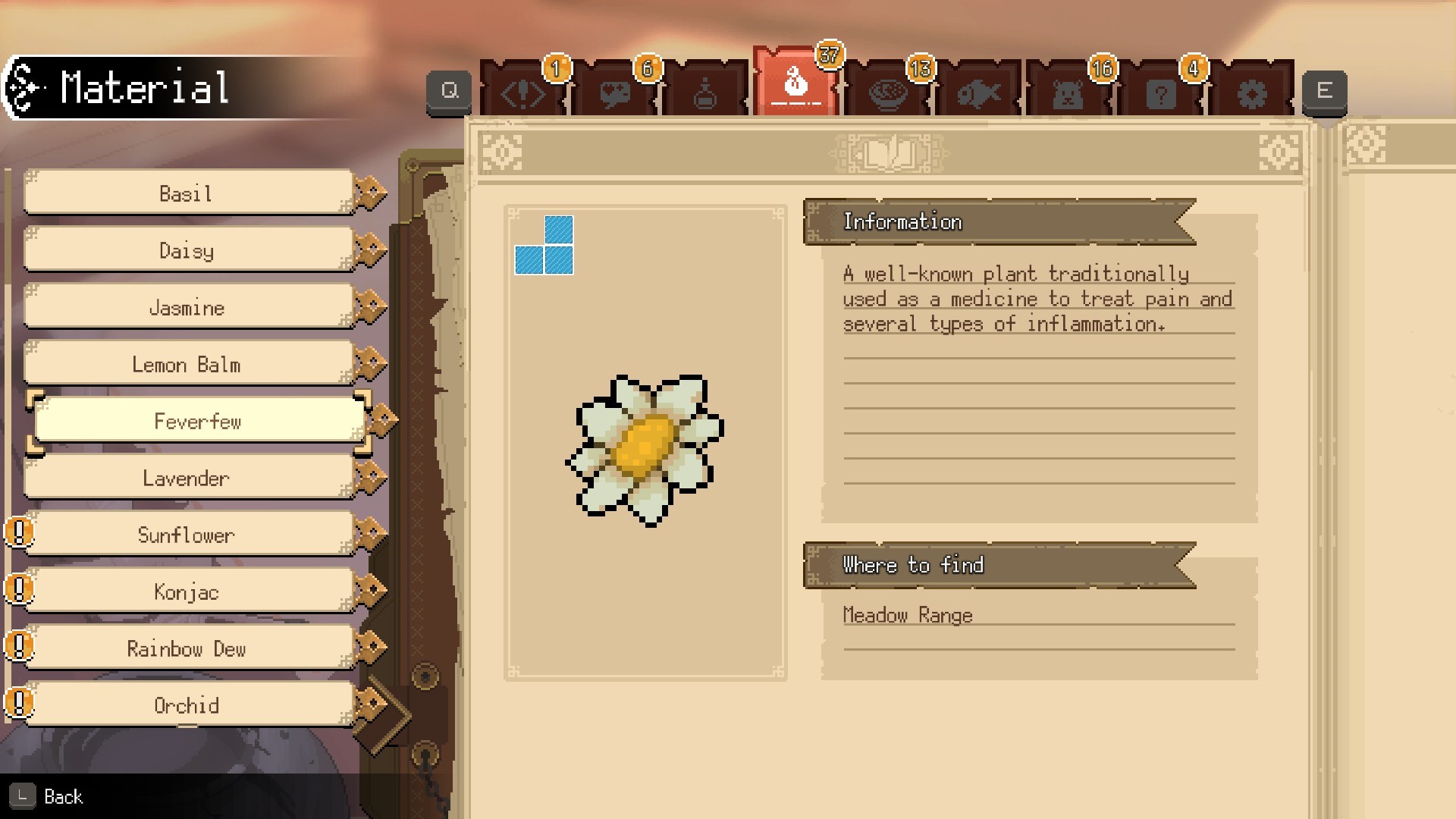 The story of Potion Permit is quite engaging where you want to know what is going on around you, get to know the people of Moonbury, and figure out what happened here before you arrived. The slow burn but steady pace of storytelling of Potion Permit suits the game. Even the first major attraction that will get you to invest hours and hours into the game.

While the story itself is quite interesting, I wish this was also the case for most of the Moonbury characters. The small talk with the people of the village is so shallow that you prefer not to engage with them. Talking to them doesn’t add much to their characteristic until you complete their quests, which takes some time. While the dialogues are well written and straight to the point, the lack of selecting dialogues for yourself or how you would say it can decrease the pleasure of Potion Permit’s overall enjoyment.

The slow start of the game helps the story build up and works as a double edge sword. The other side of the slow burned pace of the game does take pleasure from the first hours of the game. In the first couple of days, you might feel the gameplay dull and unenjoyable due to the insufficiency of quests and activities you can participate in the game.

Even gathering resources can be done quickly and you would be left with many hours to kill. But once you pass the first days of your stay at Moonbury, the game’s charm will appear, and without even knowing you will notice that you have been grinding resources for hours. 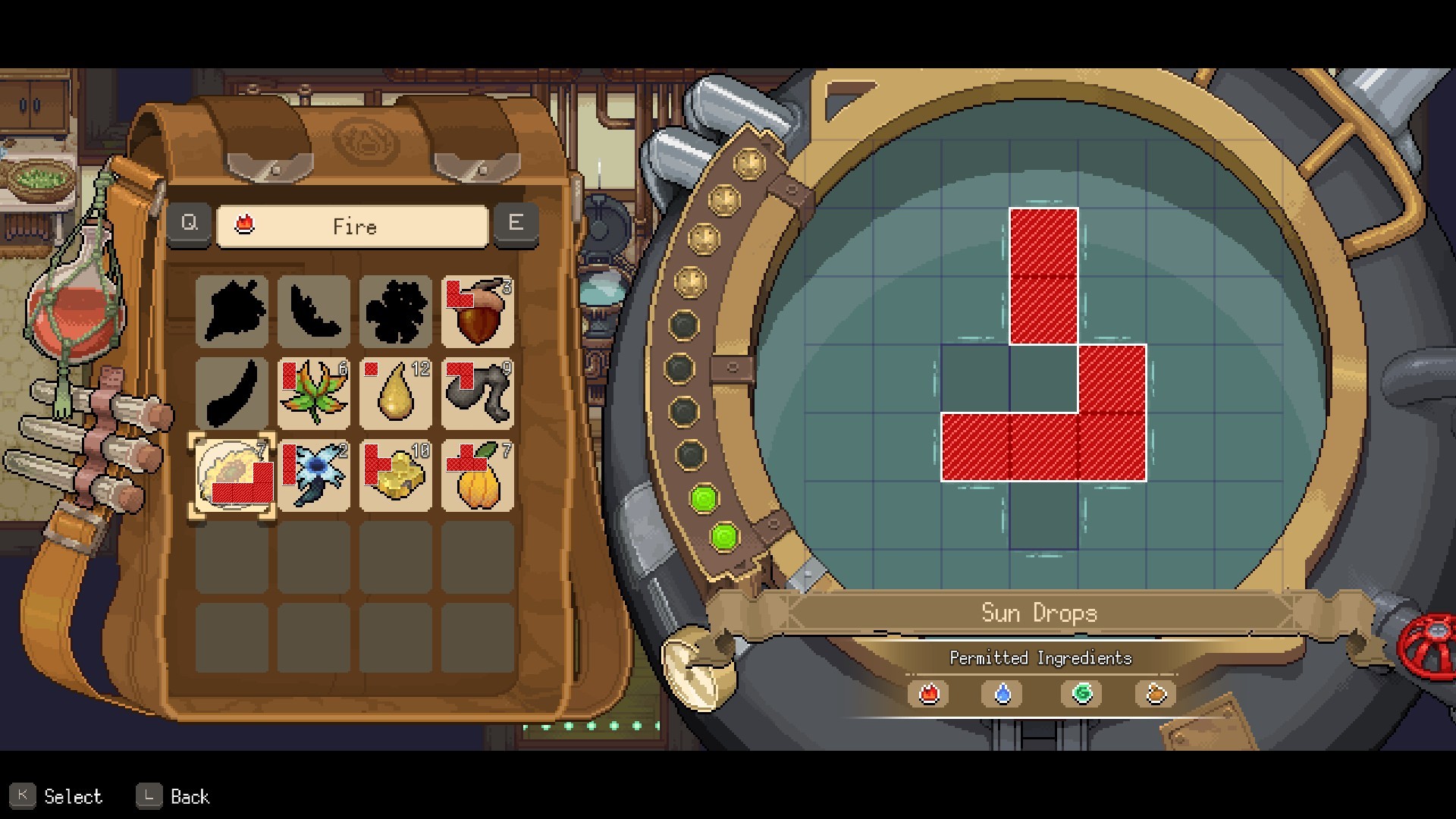 But that’s not all. A big portion of Potion Permit’s gameplay relies on mini-games. Making potions, researching for new diseases, and diagnosing them once the patient arrives. The best of them is of course making a potion. You would have to solve a Tetris-like puzzle with the resources and ingredients you have gathered from nature.

This is by far the best mechanism in the whole game. The whole gameplay and core of the game circles around brewing potions. Therefore it would only be logical to make it the best part of the game as well. The mini-game is not just to put the pieces of puzzles around and be done with it.

Each ingredient has a unique shape that will come in handy in one or some of the potions. Since you don’t know which potion you need to brew for your patience you would either have to gather all the things you see in the game which is time and energy consuming or wait until you see what you need and then gather them from various biomes.

Speaking of biomes, Potion Permit does a good job of having multiple areas with different types of weather, ingredients that you can find, and animals you face. The variety of things you see in Potion Permit is top-tier compared to the scale of the game. The enemies have a different type of attack and destroying them would require to use of a certain tool. 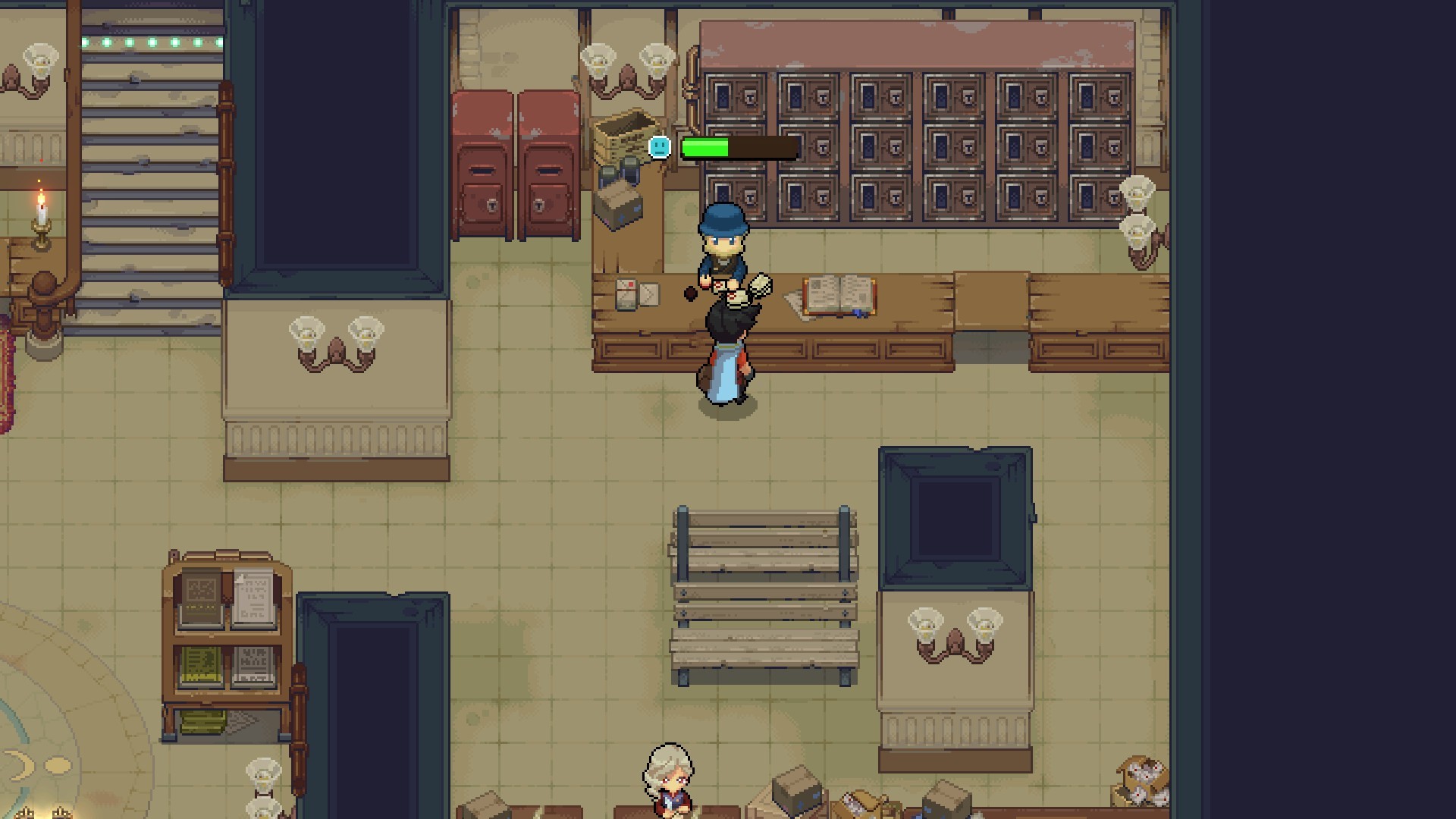 This is also the case for harvesting ingredients from nature. You would have to upgrade your tools to save time and energy. While you can use the basic tools, the game does a wonderful job of telling you to upgrade them via gameplay.

But it is not just the variety of things you see in Potion Permits, but the cute and beautiful pixel art of it can also encourage players to see what they are offering next. While the art of characters and other stuff isn’t something groundbreaking or unique, it is merely beautiful and gets the job done.

What’s a better way to set the setting on a peaceful journey like some good quality music? From the moment you enter the game, the tone and rhythm of the music tell the player that this is a place you can relax and enter your Zen stage.

Potion Permit may not be the best life simulation or harvesting game you would play, but experiencing it shouldn’t be empty of pleasure. Since you play as a Chemist rather than a farmer, this change itself promises unique things that the game provides most of them. While the story itself is well-written and simple, the characterization could have been much better. Even though the gameplay gets to the required pace a little late, once it does it becomes addictive rather quickly. The art style and music of the game have created good chemistry with the overall tone of the game. 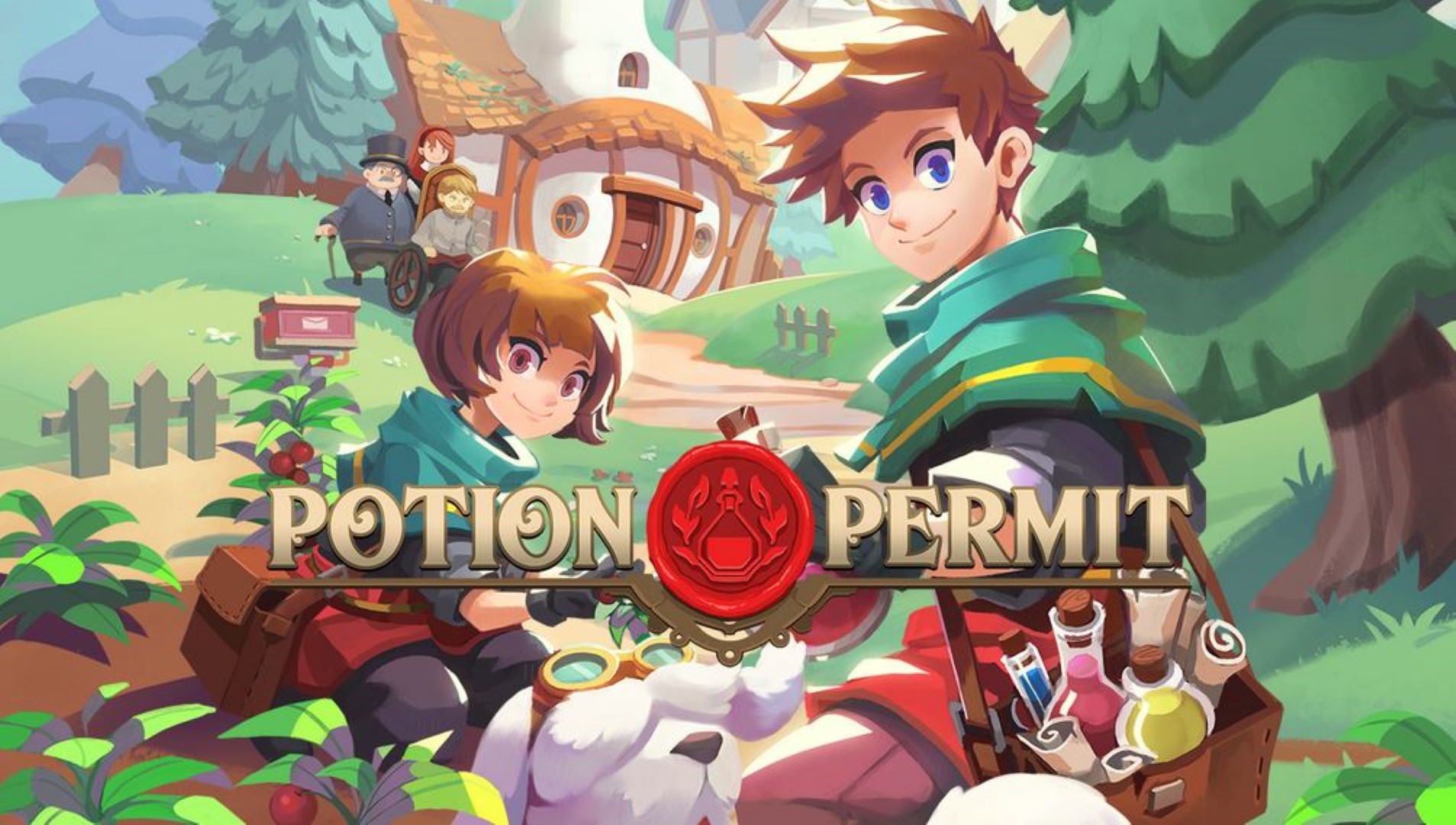