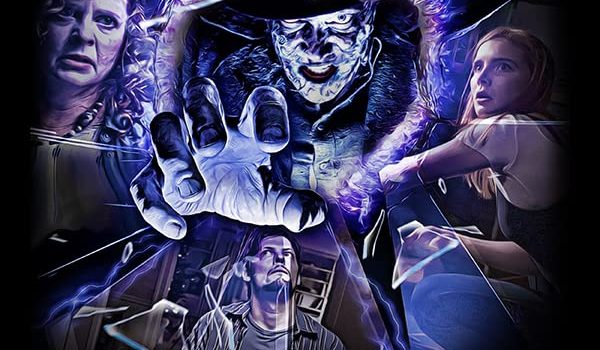 What if mirrors weren’t just mirrors? What if they were portals, doorways into other worlds? Where everything is the same, except for some minor differences.

When 15-year-old Nolan (Siegel) discovers a secreted family legacy and a portal than enables him to travel to parallel worlds, it’s a young boy’s dream come true … until it becomes a nightmare when he realizes he’s being pursued by an evil force. When he becomes stranded on Christmas in an alternate timeline with his quirky family and a rebellious and petulant older sister he’s never met before, he realizes Mae (Eberle) may be the key to defeating his adversary and must enlist her help fast … before it’s too late for them all.

Nolan quickly adapts to his circumstances, Mcguyvering his own traps and Home-Alone style mechanisms to slow down and trap the evil chasing him through each world. 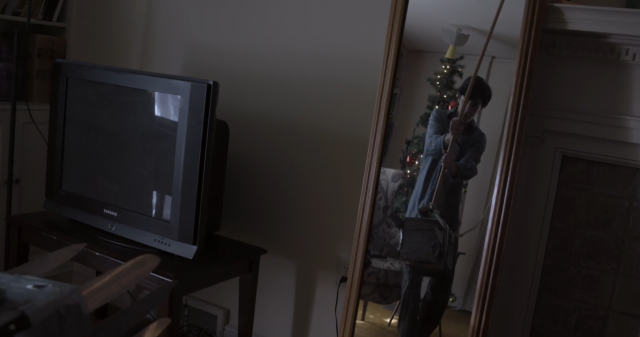 Nolan tests one of his improvised swinging traps 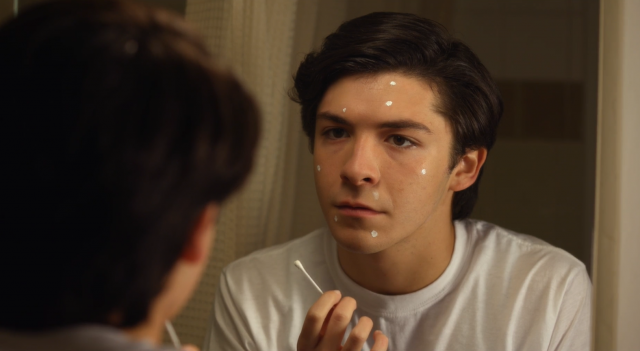 Sloane Morgan Siegel as Nolan, applying some kind of cream onto his (spotless) face.

Nolan is reserved to his fate, a life on the run through parallel worlds, never again being able to see his family or simply be a normal teenager. It is not until stumbles into the next world, finding it so different, where instead of being a single child he actually has a sister; that he then has the possibility of changing his fate. 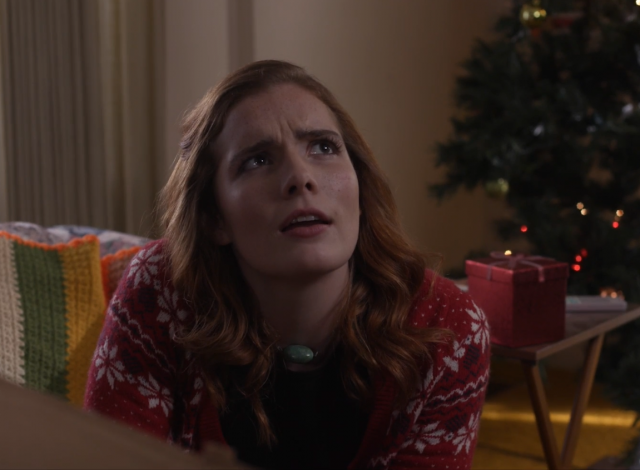 Nolan comes to learn that he is not alone afterall and that he can rely on his newly found sister and family, as they team together to defeat the evil pursuing him.

Based on a solid concept, Portal Runner invokes every doubt we have ever had about mirrors. Everyone has at least once, looked into a mirror and thought they saw something move, or objects staring back at them. Perhaps even some of us have wished they could escape through the mirror to a better world, or even just to leave a work meeting early.

This film as a concept is very straight forward and uncomplicated. However there are some flaws in the unexplained inferences, such as Nolan never seeing or meeting his counterpart. Although the suggestion is that the evil has consumed them. However, the evidence that this does not stack up is identified after Nolan appears into his sisters world.

The audience has very little introduction to any of the characters including Nolan, rather letting their actions and interactions represent the entirety of their character and back story.

The chemistry between Nolan (Siegel) and Mae (Eberle) is amazing as both actors compliment each others performance entirely, and it also doesn’t hurt that both actors are simply gorgeous.

What is out of place as a family unit is the uncle Boon (Lewis), who delivers a comical, somewhat slap-stick delivery of his character, which is not completely distracting or without thought; it does seem that this aspect of his character was dialled up far too much for the role he plays in the story.

Portal Runner is actually well done despite these flaws. The short runtime of 76 minutes of this film is what works to great advantage for this low budget film and story telling style, as any longer would have been a detracting experience rather than a positive one. Although, critically this film is not going to win any Oscars, it is a tight concept, well filmed and well performed by the two young actors.

A half decent thriller popcorn flick for this genre, a good example of low budget film making and cinematography. 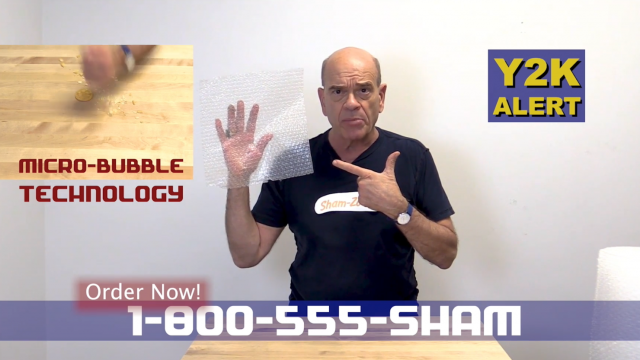 Keep an eye out for special bargains whilst watching this film!