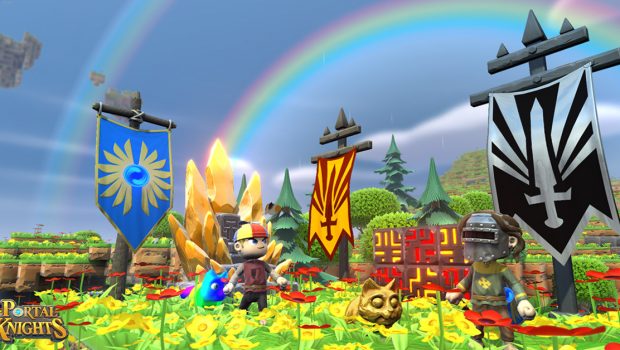 Summary: Portal Knight is a beautiful game that is worth the price of purchase!

This is a pretty neat game. Think Minecraft meets a hack n slash with RPG elements and you will sum up just what you encounter with Portal Knights.

Just in case you have lived in the Dark Ages and have just extinguished the last of your torches in exchange for electricity, Minecraft is a game where you build your own worlds, using the resources of that world to do so. Need a home for your character? Cut down enough trees for the wood, and build away. The same applies to the rest of the world. It is a beautifully realised gaming environment that is a joy to look at and fun to meander through.

For older players, this game may feel a little too young for you. Although the things you can achieve in it are time consuming, they are pretty easy to do and overall not a challenge, though the kids will have a blast making things and fighting. 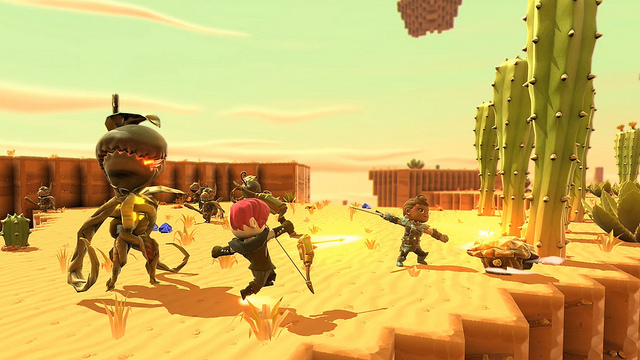 The backstory for this is that we are now in a post apocalyptic landscape that consists of land in the sky, though the graphics are so lush and colourful that it is hard to envisage this. The bonus to that is that there is nothing really upsetting for younger players to view. An added feature is that the story makes your character move forward and onward, as opposed to a Minecraft campaign that really sees you staying in the one place and working just that area as quite frankly you have put way too much time into it to leave the space you’ve made.

Portal Knights encourages the player to explore, make things on the fly and not worry too much about what you have built or left behind. There is no imperative to return, and enough to look forward to, to have no regrets. It is genuine fun and somewhat of a relief to not be stressing about losing what you have made as you progress. It is well done and feels right. There is a natural flow to the way you progress through the game and the character you make levels up. This will not be overwhelming for those who are just dipping their toes into the RPG space. 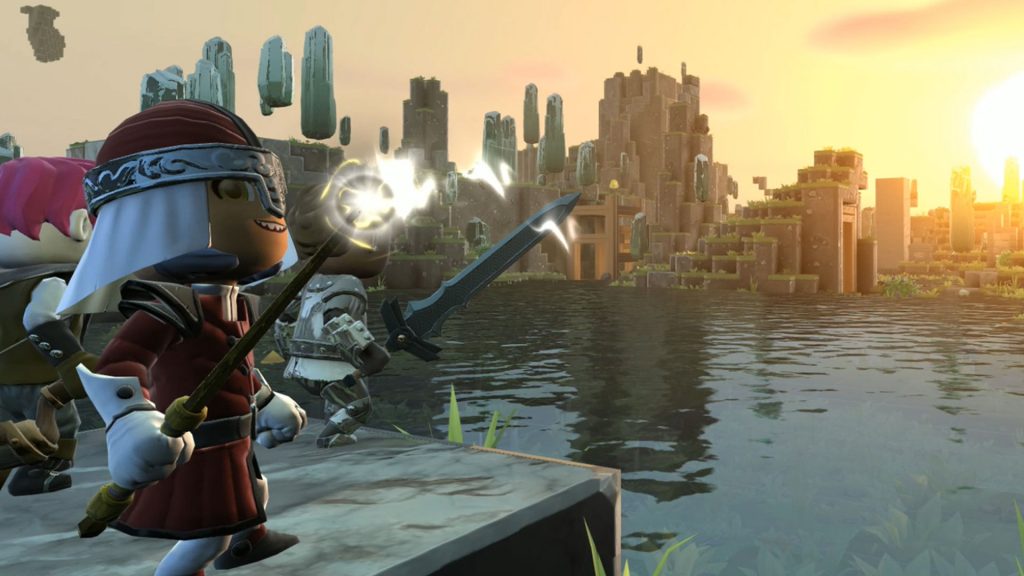 The character creation process is well thought out and allows you to build an avatar that should suit most needs when it comes to appearance. You choose a caste that you would like to be from warrior, archer, or spellcaster and battle your way through using the skills those bring. The warrior is pretty easy to use, just bash those button and dodge those attacks. The other two castes simply require distance and good aim to get through any conflict. On occasion though I was surprised during a boss battle to be wiped out and dead within moments, so I guess it is not worth taking anything for granted. 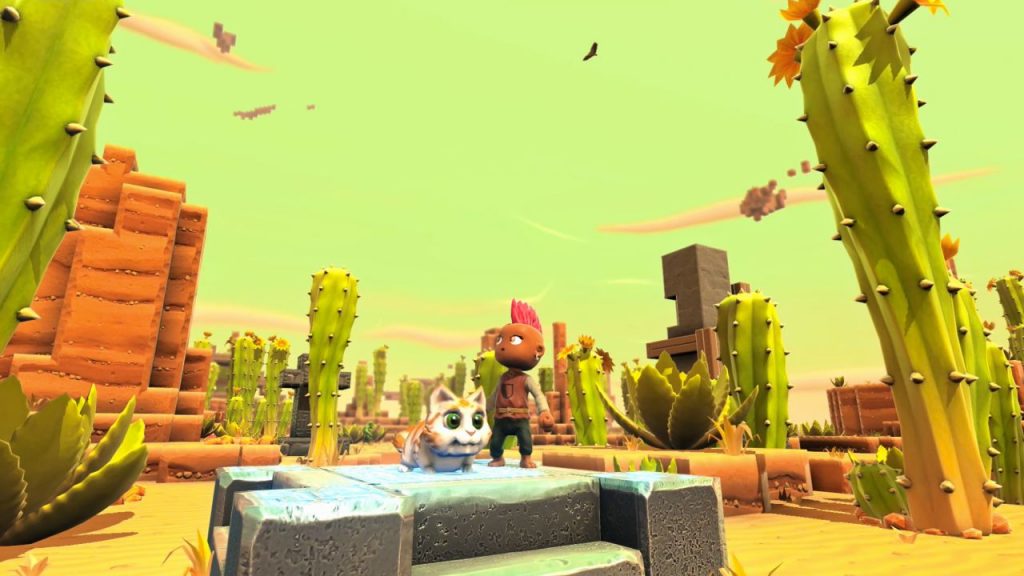 The creation side of the game is very well thought out and easy to use. There is a certain level of satisfaction to making some of the items that you will use but some of you might find it tedious if you are not used to these build your own world kind of games. From the gathering of material to the replacing, it is not a quick process by any stretch. It does however provide a stress relief for a couple of hours while you tinker around and build to your heart’s content.

Access to the different world’s is achieved by creating portals from the broken pieces you find in the world. This is the way that you will encounter new adventures, things to build and monsters to fight. And, who doesn’t want new monsters to fight? I do! The worlds are different enough that it keeps feeling fresh and doesn’t get dull, this is the good thing about the game; it does stay interesting throughout.  There is an option to switch from third to first person if that is your thing and it might assist with finding certain items along the way. I enjoyed both modes and did not have a preference.

In summary, this is a beautiful game that is worth the price of purchase. It is a small download meaning most gamers will be able to jump in and play shortly after purchase, which is something fantastic in this age of instant gratification. I enjoyed my play through of the title even though I am not really the key demographic for it. It raises the bar for building games, and despite the few bugs I found whilst playing, you can see why you will get your money’s worth and then some out of it. For those looking to make characters and level up, Portal Knights provides a reliable “light” version of this genre. It has a charm that will keep you playing and a soundtrack that is so delightful it will be the only sound playing in the room when you have it on.