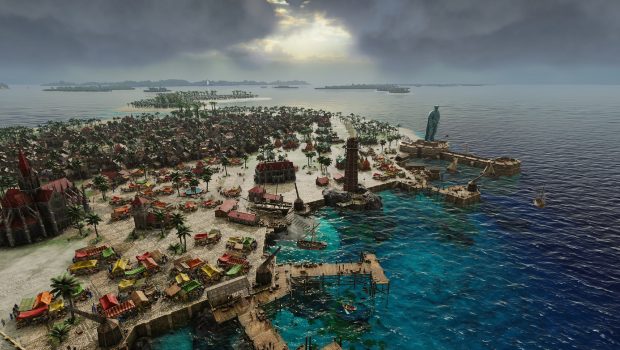 Publisher Kalypso Media and developer Gaming Minds Studios have today announced that seafaring trade simulator Port Royale 4 will arrive on PlayStation 5 and Xbox Series X|S on September 10. The next-gen versions of the game include upgraded visuals and performance, cross-gen save functionality, and enhanced lighting and weather simulation. A brand-new trailer showcasing the improvements can be viewed below.

Featuring a stunning 4K game world on PS5 and Xbox Series X (1080p on Xbox Series S), cross-gen save capability and real-time cloud rendering, Port Royale 4 for next-gen consoles gives players the most detailed and true-to-life 17th century trading experience to date. The game will arrive in both standard and extended digital editions – the latter featuring exclusive digital content such as 4 lighthouses and the blueprints to 5 magnificent parks with which players can decorate their settlements. There will also be a boxed Extended Edition available at retail.