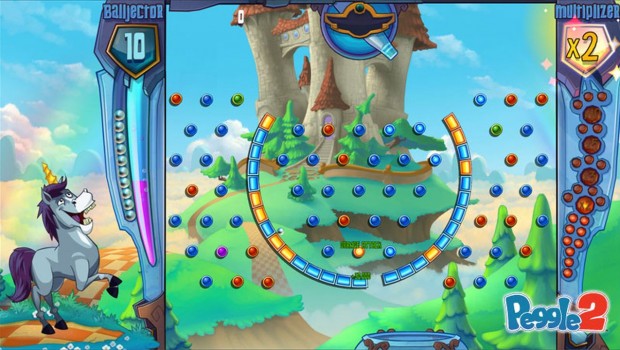 POPCAP LAUNCHES PEGGLE 2 FOR XBOX ONE

only title on Xbox One, the all-in-one games and entertainment system from Microsoft, Peggle 2 features the peg-popping greatness of the original with plenty of new features and fun.

Peggle 2 offers 60 levels, 60 trials, Peg Party multiplayer action, and four all-new Peggle Masters and power-ups at the RRP of $15.95 (Au) and is available now from the Xbox Live Games Store at http://bit.ly/Peggle2.