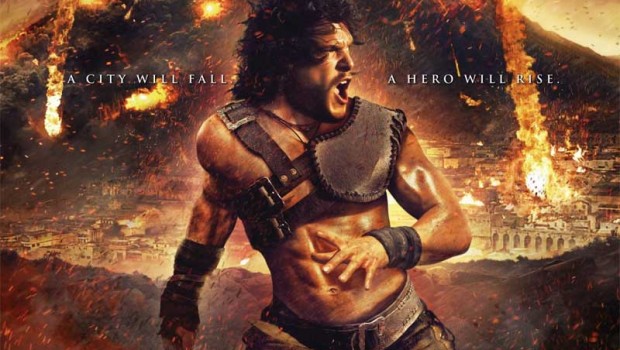 Summary: Pompeii is a fun Hollywood blockbuster that unfortunately lacks any substance apart from the amazing special effects that are quite realistic

Directed by Paul W.S. Anderson, Pompeii (2014) may boast an over the top plot but it’s special effects are almost worth the admission price alone. Set before the fateful day in 79 A.D. that saw the destruction of the city of Pompeii, Anderson successfully merges an ancient disaster film with the premise of Gladiator/Hercules with a touch of the Titanic. Although not 100% accurate, Pompeii is definitely more hype than realism but hey… it’s 90 minutes of escapism with some stunning special effects. 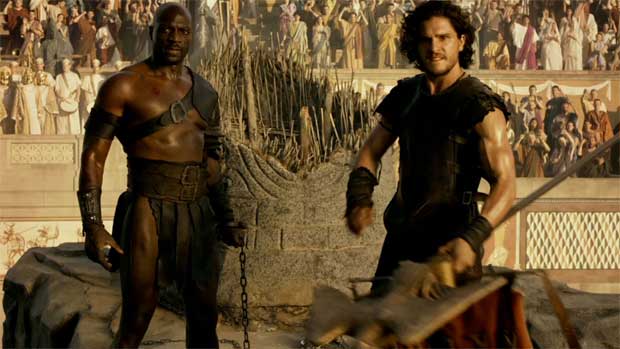 The film begins 17 years before the destruction of Pompeii that sets up Milo (Kit Harington) as the protagonist of the story whose parents were murdered by the Romans and as a result he was sold into slavery to become a Gladiator. It is here where Milo meets an older more experienced Gladiator by the name of Atticus (Adewale Akinnuoye-Agbaje) who acts as a mentor to this new warrior.

However for Milo, destiny has other plans for him and this is where the beautiful Cassia (Emily Browning) comes into the picture who becomes fascinated by his amazing horse skills and from there, a romance blossoms. Although Anderson introduces many characters, they only serve as filler before the disaster occurs. It’s also a little bit clichéd as well, doom warrior and beautiful “princess” but both Harington (Game of Thrones) and Browning (Suckerpunch) seem to be enjoying their roles which is a little infectious. 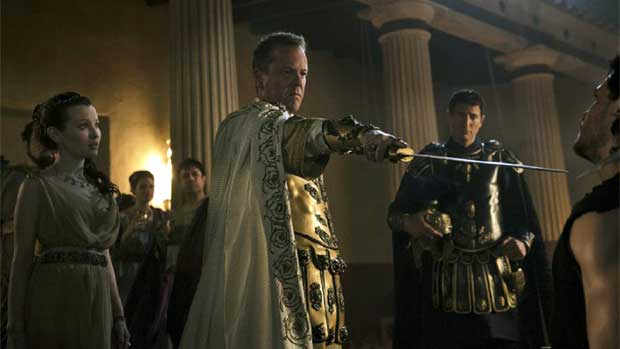 When the proverbial lava hits the fan, the earthquakes were just a taste of things to come and the real star of Pompeii is the CGI Mt. Vesuviuis that bellows and booms with a powerful vigor that literally causes chaos through the streets of Pompeii. It is actually here were the film does resemble Titanic with its two doomed lovers, Milo and the noble Cassia. Unfortunately for them, it doesn’t help that Senator Corvus (Kiefer Sutherland) has his eyes on Cassia… Titanic anyone?

With some spectacular visuals in Pompeii, especially the last hour of the movie, the film does give you an insight into what some of the denizens of this doomed city felt and with 21st century special effects, it looks amazing on a 50″ LED TV. To compliment these special effects, the release also contains a 3D version that works on most levels and creates a real sense of depth. To compliment the impressive video, audio is equally as good and really maximises the surround sound thanks to the DTS-HD Master Audio 5.1 lossless track. For special features, Icon have really outdone themselves with this release that almost serves as a documentary about the creation of the movie and the history of the original Pompeii. 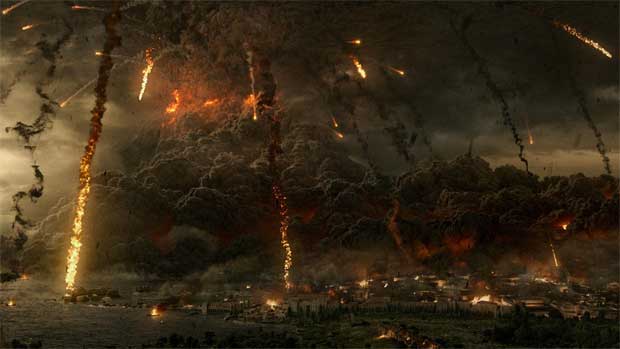 Pompeii is a fun Hollywood blockbuster that unfortunately lacks any substance apart from the amazing special effects that are quite realistic. Characters are a little hollow and for the most part, the human plots just serve as filler until the climatic ending. Needless to say, it’s a fun movie for a Saturday night. 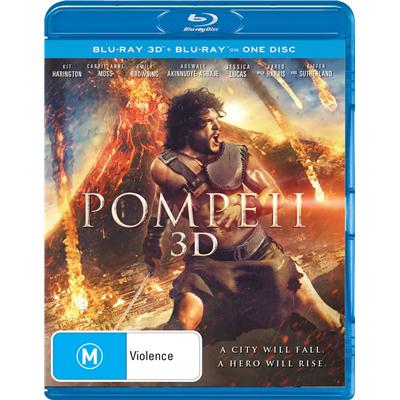