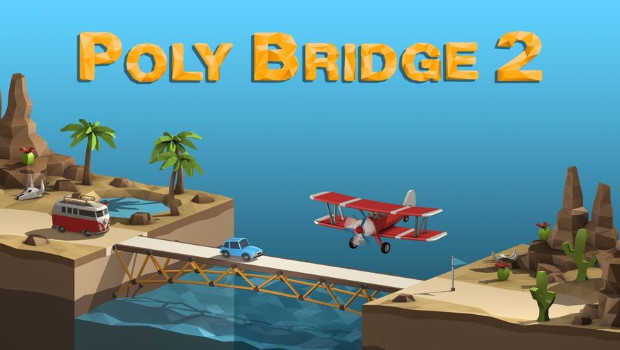 Summary: Build a bridge and get over it, or under it, or both.

Poly Bridge 2 is one of those games that fills a hole in gaming. It’s arguably mostly a puzzle game but it’s also, to some extent, a chance to switch your brain off and just have a bit of silly fun. The basic idea is you are tasked with constructing a bridge and whilst that begins simply enough of creating a stable platform from one point to another, it quickly becomes more complicated with tight budgets, hydraulics, shipping lanes and other added challenges to incorporate. 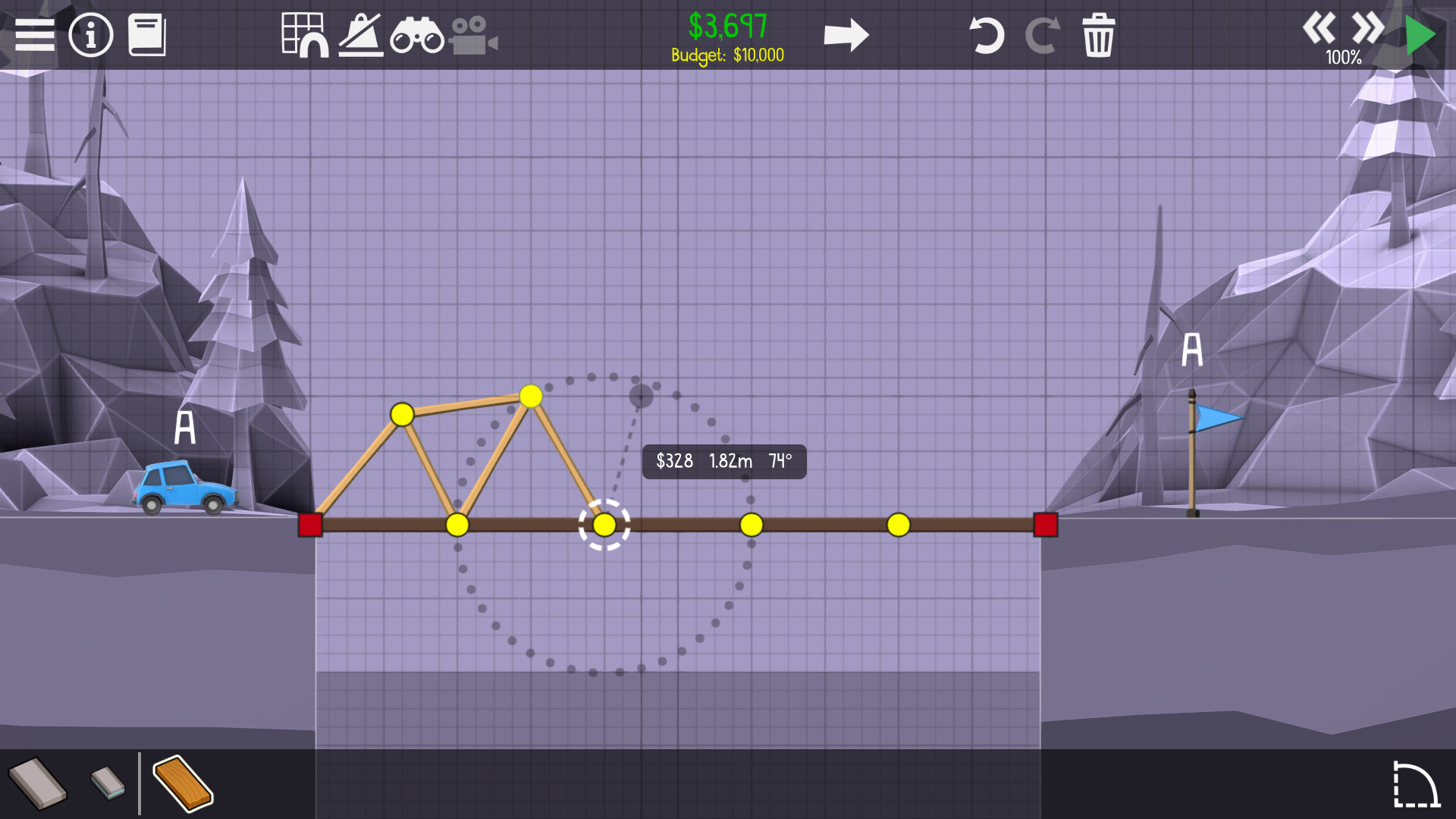 When I first began playing Poly Bridge 2 I had a lot of fun… until I got up to the hydraulic level. No matter what I did nothing seemed to get the bridge to work as I thought it should (the tutorials can be a little light on information). I actually put the game to the side for some time and then came back (no doubt after a patch or two) and when I tried that level again it worked… I presume because the hydraulic mechanic was buggy, but to then see the bridge work was quite a thrill. 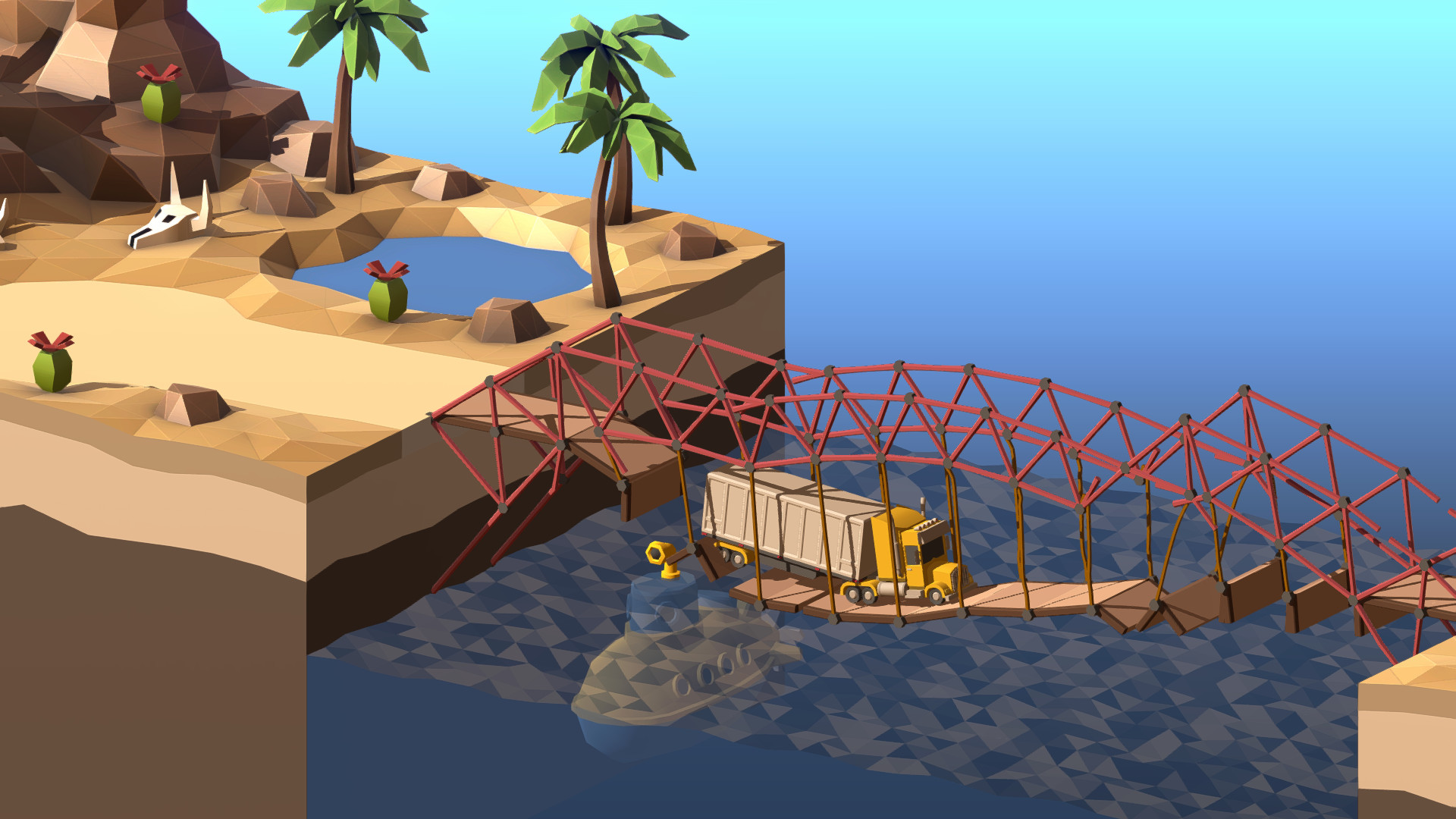 That’s kind of the core of the game in terms of reward… it’s looking at the problem, trying one solution then another until you finally get the result you want (and given the results screen tends to show how well others have done on the same challenge you can quickly find yourself redesigning a bridge to be even more optimised). You can certainly take a “smack it down and see” approach (I’m guilty of that on the first few levels)… but as things get more complex that approach won’t do much for your chance of success. But there’s also a certain amount of enjoyment to seeing how your bridges can fail and how the vehicles react to your constructions. 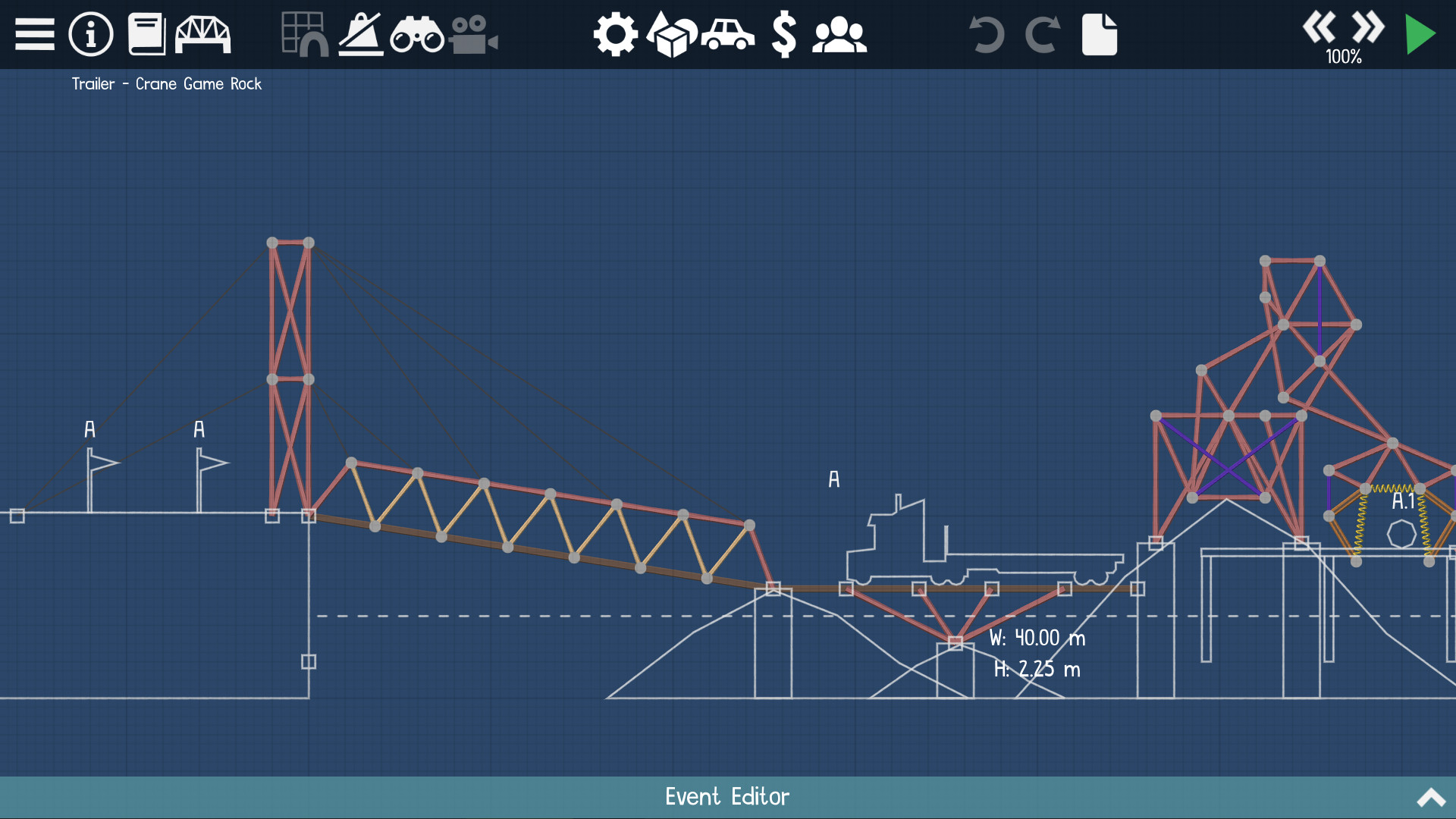 But if all the levels provided by the developers aren’t enough… you can make your own, or see what wild creations other players around the world have come up with. It’s a game that works well as a quick jump in, play a little and jump out again. But it does pose the same danger that most games of that ilk do which is that there is a chance you will get caught up and if you had a time frame to play in before doing something else… I’d suggest setting an alarm so you don’t miss your other obligations. 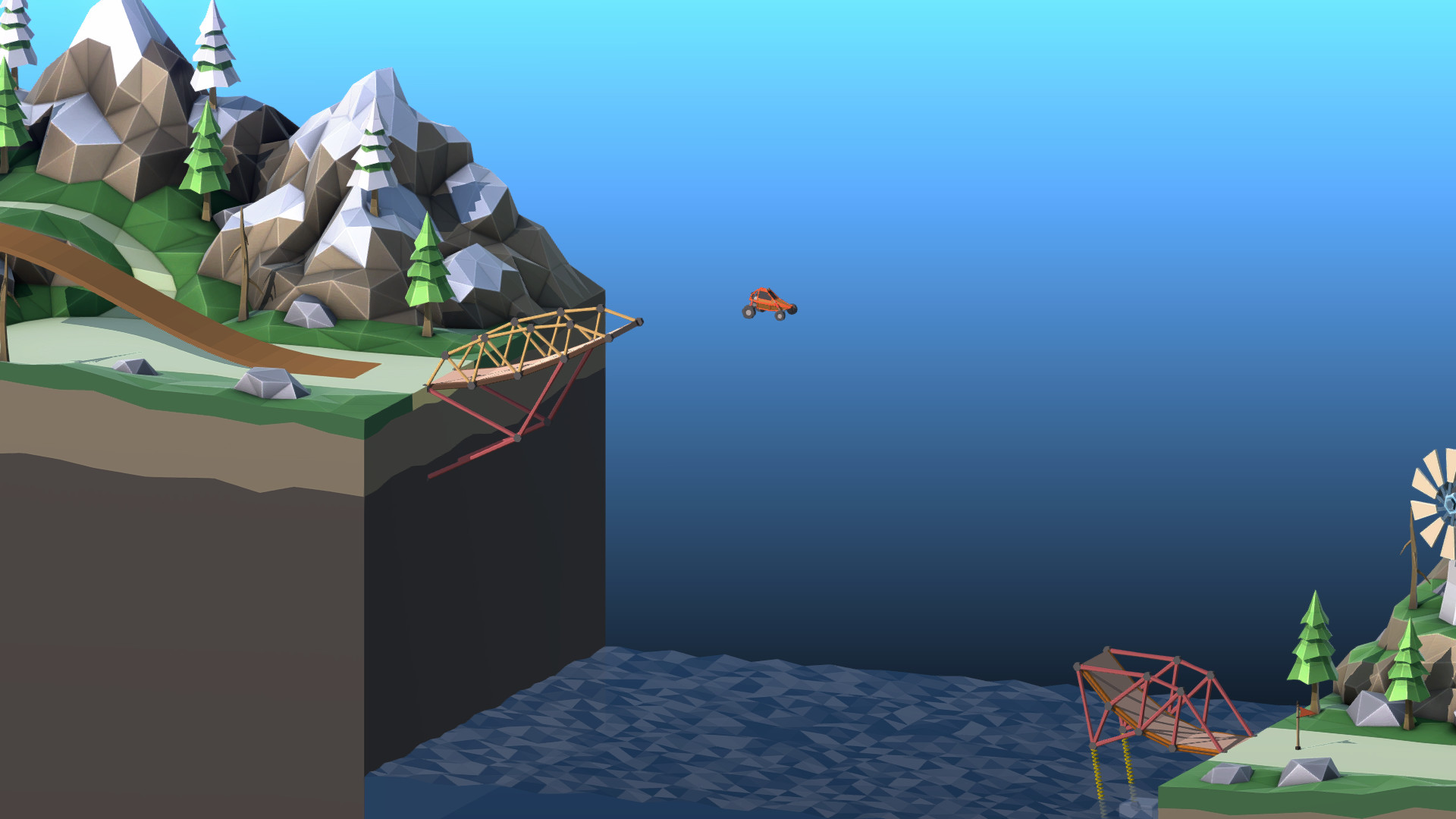 A fun game that will test your brain and no doubt frustrate you at times, but a lot of value in the editor directly and indirectly. At a pretty reasonable price I’d say this is a great option if you want a bit of puzzle solving fun.