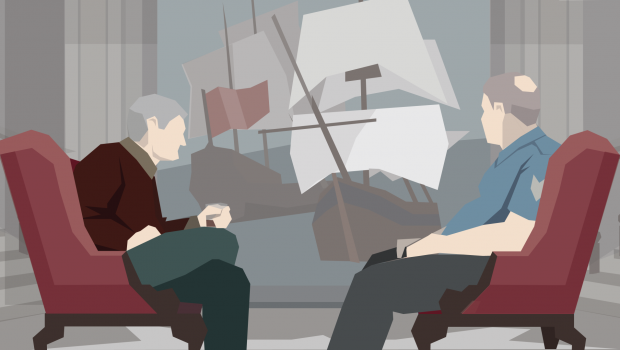 This Is the Police PC Review

Summary: Manage your staff, respond to emergencies, and investigate crimes in a city on the brink of chaos.

You are Police Chief Jack Boyd, your wife has just run off with another man (much younger than you) and the corrupted Major of the city of Freeburg has just given you 180 days (six months) to resign. You have dedicated your life to the force and have nothing to show for it, not even enough money to retire on. This choice driven adventure/strategy game developed by Weappy Studio and published by Nordic Games and EuroVideo Medien will see you using all your skills and influence to get that extra retirement cash you desperately need, even if it means selling your soul to the mafia. 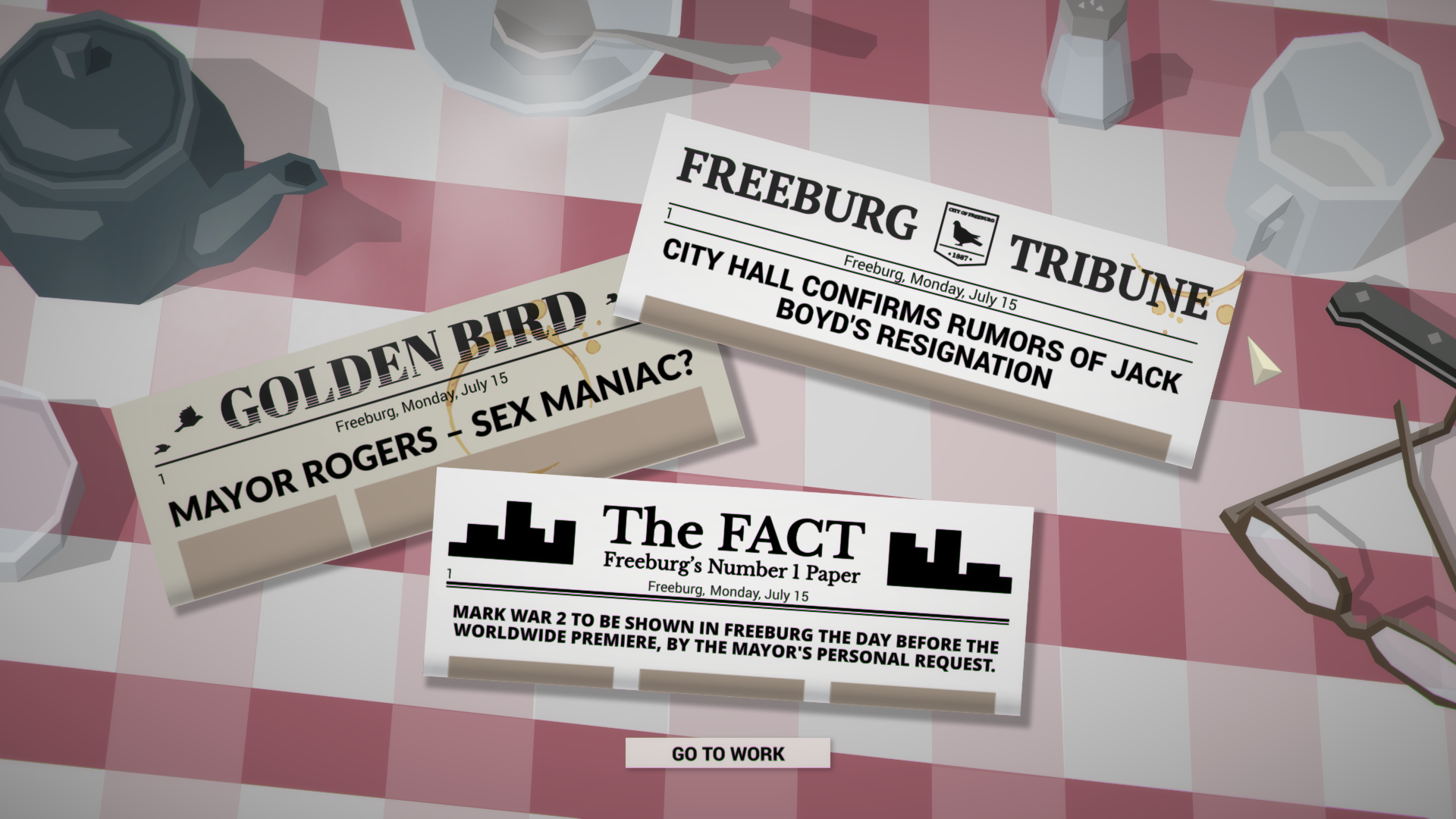 You begin at ‘Day 1’. Where you learn the mechanics of the game; how to hire, fire and assign your police officers to respond to various crimes in progress, ranging anywhere from a woman chasing a naked man with a knife to homicides and fully fledged race riots.

When offenders (thankfully not that naked man) are caught and no one has been hurt in the progress, the Mayor of Freeburg (who cares more about his image than the city) is happy, your officers gain development points, and the mayor may grant you a few simple requests such as some new staff or that raise you have been angling for.

However, if you make the wrong choice or your officers fail to catch the perp, or even accidentally shoot an innocent bystander (yes it happens), the Mayor becomes very upset, very quickly. Leading to a denial in your request for a salary raise, blocking the hiring of more employees, denying the purchase of better police equipment, or worse, cutting your department’s budget altogether (which means bye-bye employees). 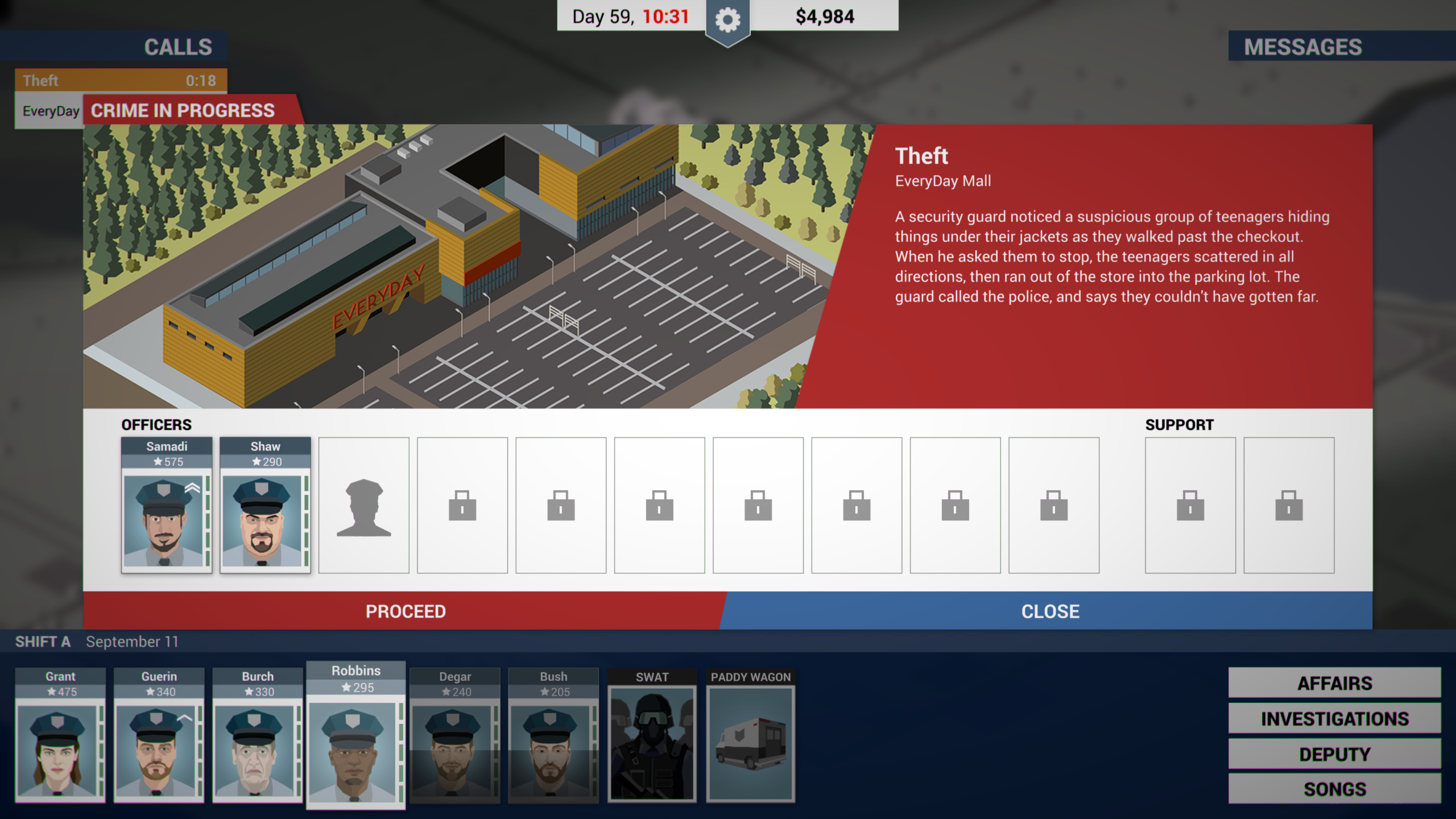 The main screen is a map of the city, displaying where each crime is located, with a blurb of information to rate the seriousness of the crime. Based on this you must decide which, and how many officers to attend and if you need to send in a SWAT team as backup. As the calls start to escalate you will need to efficiently manage your time and resources to make sure it can all be dealt with effectively, which is a hard to do when the Mayor is keeping a close eye on everything you do.

For the bigger crimes such as homicide or gang related cases you will send out your detectives to investigate and interview witnesses. Each investigation presents you with a number of frames (clues) that you piece together to show a sequence of events that eventually solves the crime. You are not given all the frames at once and have to wait (sometimes a while, a long while) for the detectives to uncover more evidence to find more frames to piece the crime together. 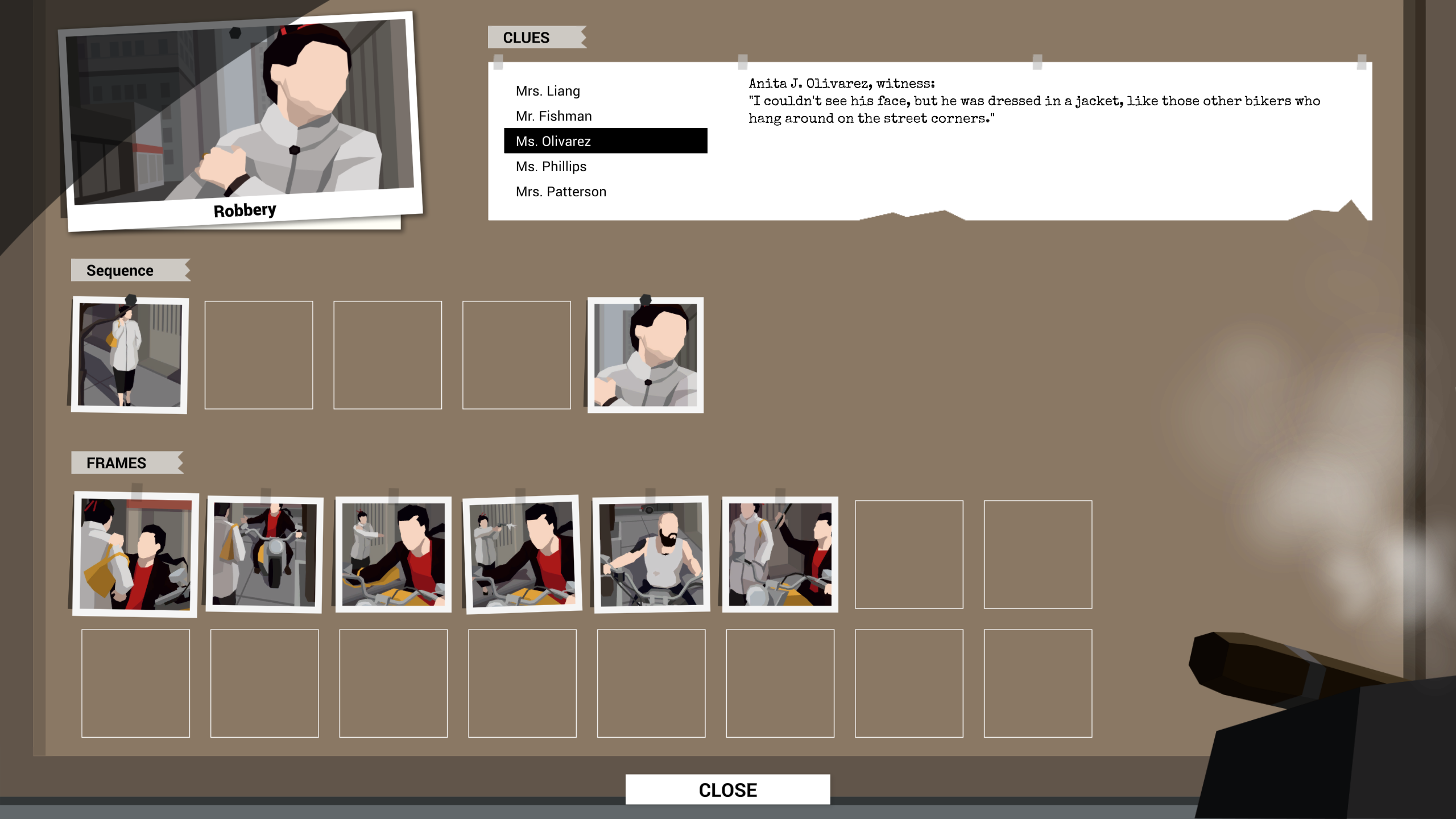 Just solving crimes doesn’t keep the Mayor out of your hair, as he is constantly requesting ‘favours’ from you, ranging from the simple (and often very silly) request to send two officers to sing to his assistant’s wife, to more controversial favours (with a lot of shock value) such as firing all of your black employees. If you don’t do what the mayor says you will eventually find yourself about to resign without a comfortable retirement fund to fall back on. So what can you do?  Do you keep your morals and remain poor or find a way to sell out to the highest bidder? And that is where the mafia comes in.

Jon St. John (we remember him from Duke Nukem) is the main voice actor and does a good job at narrating the game in his deep, sliky voice. In fact all the voice actors deliver their lines really well, unfortunately just not well enough with each other.  I found the dialogue between the characters often long and badly edited, providing no real fluidity to the conversations.  Another issue was the lack of background noise, where besides the odd siren and incoming police radio call, you pretty much sat there playing the game in silence.

The graphics on the other hand are great. The developers chose to go in a very minimalistic and static direction that adds a unique charm to the game. The cut scenes provide you with a comic book feel as they are laid out in panels with caption boxes beneath them to provide the dialogue. Some scenes were a bit too long to sit through but there was always the option to skip them if you really wanted to. 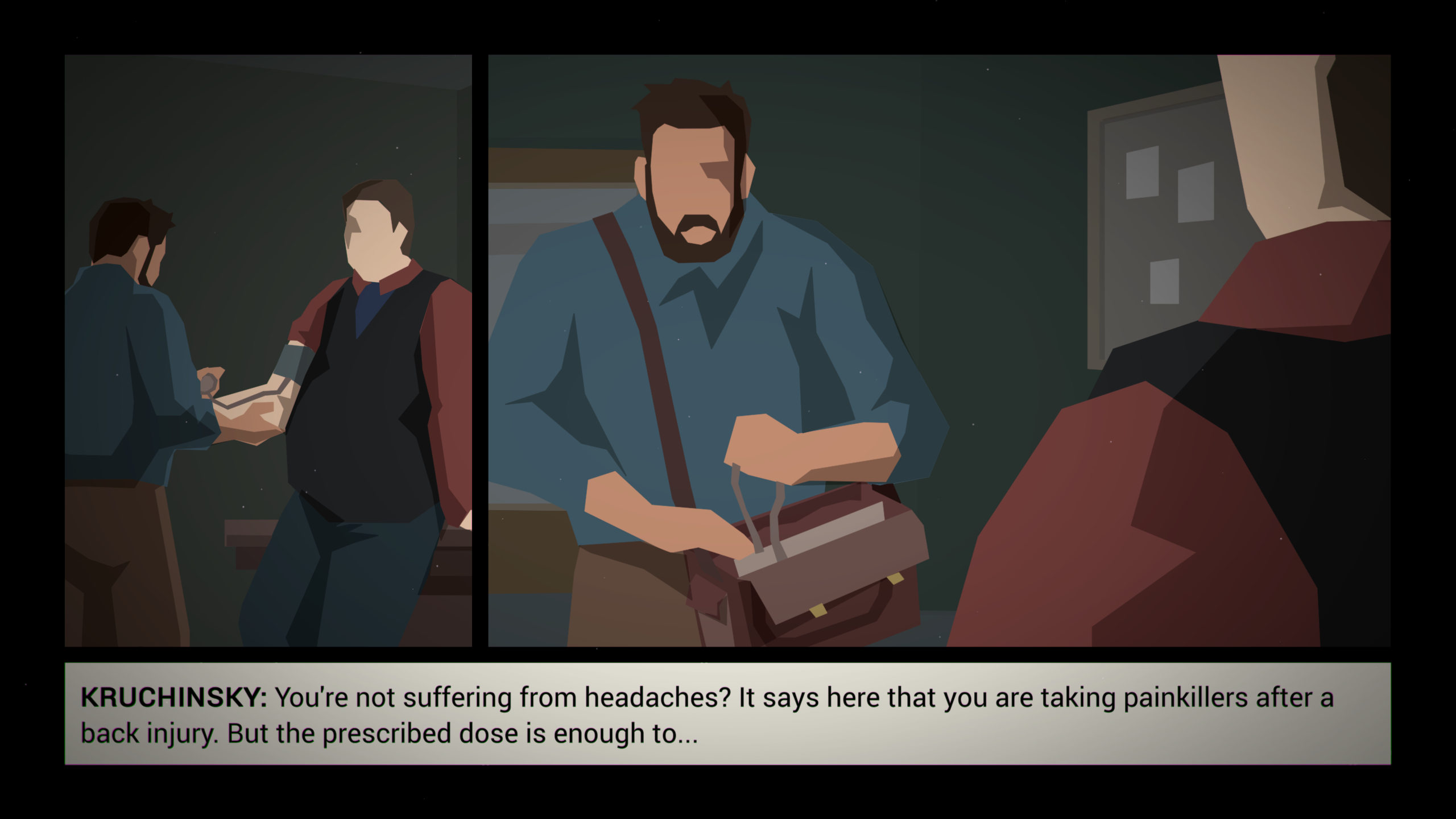 This game reached its peak (for me) about half way through when it started to become a little too repetitive and tedious.  The decisions you make do shape the story (initially) but only to an extent as you are basically forced into becoming a corrupted cop anyway. Instead of it being ‘choice driven’, I found this game to be more about skills management and balancing resources (no matter how corrupted you are) to make sure all parties you interact with are happy. The controversial content (racism, sexism etc.) may be a bit hard to swallow but it certainly adds to the story of police corruption and gives the game a different edge. I would say it is good value for money for the crime buffs among us, but not a must play title.