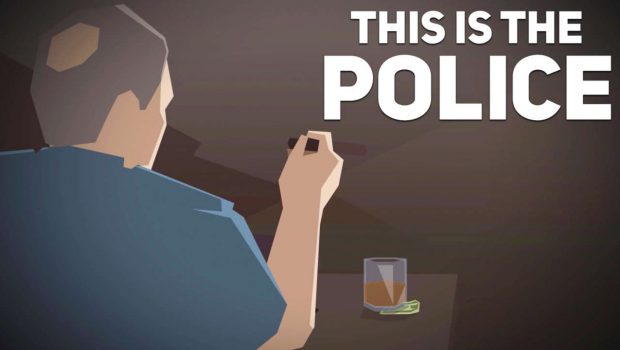 Vienna, Austria/Minsk, Belarus – March 8th, 2017: You’ve heard the news before. Indie smash hit This Is the Police will make its debut on Xbox One and Playstation 4 on March, 22nd 2017 following its release on PC, Mac and Linux in August 2016.

Today, developers Weappy and publisher THQ Nordic have released a new trailer, pointing out all the advantages console gaming can have, compared with the good ol‘ PC.

About This is the Police
This Is the Police is a strategy/adventure game set in a city spiraling down the drain. Taking the role of gritty Police Chief Jack Boyd, you’ll dive into a deep story of crime and intrigue. Will Jack reach his retirement with a nice stack of bills, or will he end up broken … or worse?

This is the Police is now available for PC, Mac and Linux. The game will be released on PlayStation 4 and Xbox One on March 22nd, 2017 as a digital download and at physical retail.