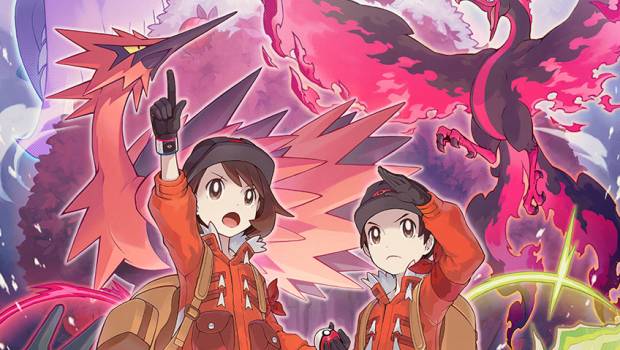 Summary: Nintendo has finally released the second part of their Season Pass DLC for Pokemon Sword and Shield, We now find ourselves heading to the south of the region of Galar and arriving in the area known as the Crown Tundra.

Nintendo has finally released the second part of their Season Pass DLC for Pokemon Sword and Shield and we now find ourselves heading to the south of the region of Galar and arriving in the area known as the Crown Tundra.

Upon stepping off the train you are greeted by a Pokemon Assistant who updates your Rotomdex to include the new Pokemon that you can discover in the Tundra.
Leaving the station you come across two new story characters Peony and his wayward daughter Nia. We find Peony desperately trying to get his daughter to join him on his adventure around the Tundra whilst Nia just wants to do the new Dynamax Adventure.

After defeating Peony in a battle you follow the two into the Dynamax Adventure Cave and I will go into further detail about this area later on in the review.  After finishing the story element in the cave you promise Peony that you instead of Nia will come on his grand adventure.

You are then told to come to the sleepy town of Freezington (not the most inventive name and a bit on the nose in my opinion). There you will receive the main portion of the Story and Side Quests, that will send you the player exploring every inch of the Crown Tundra. Discovering secrets and Legends and of course catching the Pokemon to fill up that Dex. 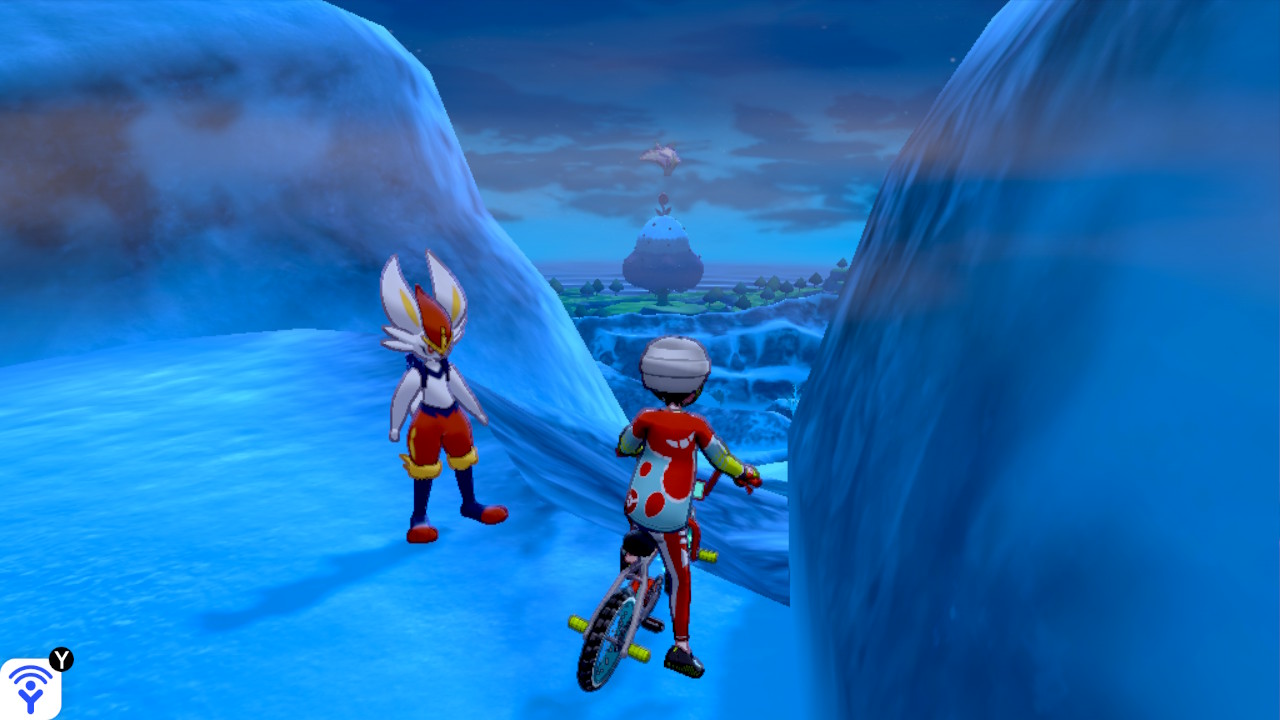 Dynamax Adventure – Legendary get your Legendaries

As the name implies following on from the main games Wild Area, the Crown Tundra has its own Dynamaxing fun though this time there is a twist!

Upon entering the area you will find the assistant who will take you through the basic rules of the area.

1. The Player will rent 1 pokemon to enter the Cave with them (either in single or Multiplayer)
2. The Player must choose which path to take, each path having a Dynamaxed Pokemon with its type shown
3. All defeated Dynamaxed Pokemon have a 100% Catch rate up until the final fight
4. Once the final Pokemon is defeated or you are defeated you will then be allowed to pick one of the pokemon you caught and keep it.

To help the player along there are stashes and the occasional worker who can give you items, berries or a new Pokemon.

The Dynamax Adventure is where you can catch a majority of the previous game’s cover Legendaries and minor Legendaries bar those who are found in the main DLC storyline.

The area offers players a more tactical version of Dynamax battles and in my own opinion this is how the Wild Area should have dealt with it originally.

You will also receive your usual bounty of items that you would get from completing a battle also included is a new ore called Dynite this can be traded from rare items with a woman inside of the Dynamax Cave. This is how you can obtain rare candies and items that Competitive battlers and Pokemon breeders will need so they can obtain the perfect specimens for tournament play. 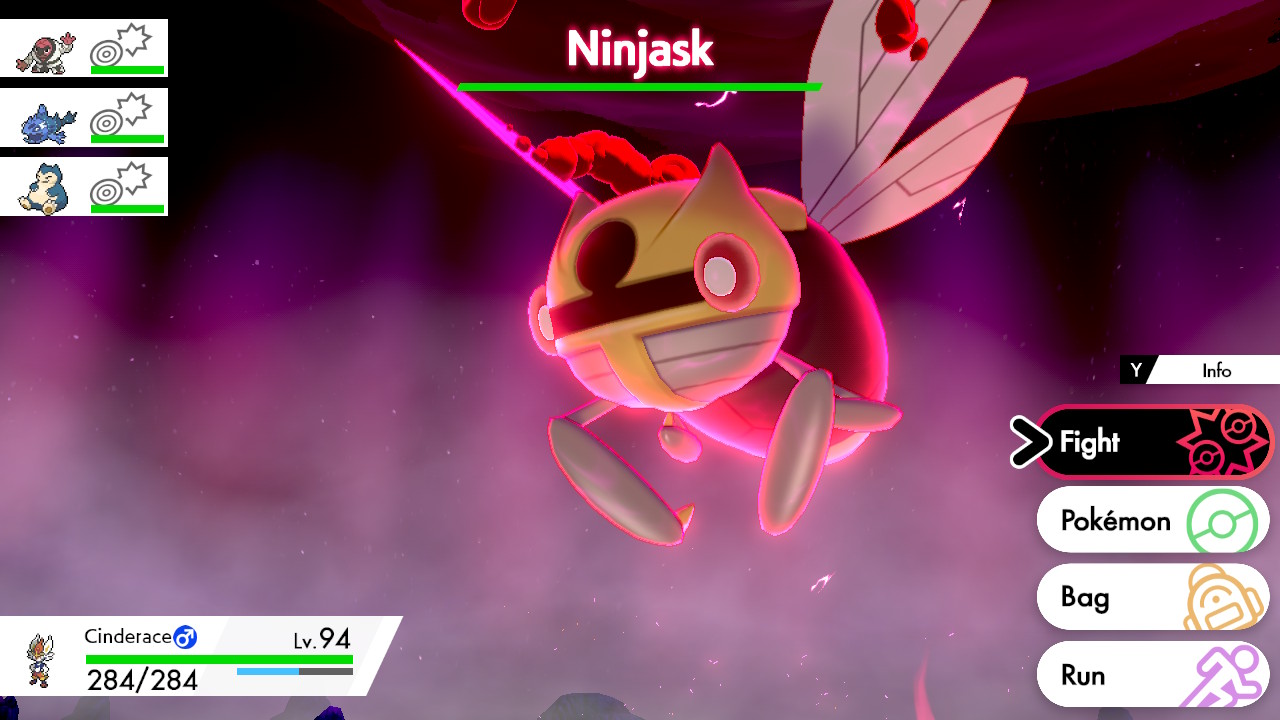 Exploration of the Crown Tundra is relatively simple as the map is very linear, whilst not containing a proper Pokemon Center the Player can use Peony’s cabin to heal and to change outfits; including the very stylish adventure outfit that is given to you. Just like in Amor the player can also find WATT traders around the different areas who will sell you items and one normal trader in town where you can buy your essentials.

The Main story quests are well handled and do require at least some exploration and challenge this includes finding, battling and catching the Regis plus their two new forms and helping the mystery Pokemon Calyrex…  Crown Tundra builds a more rounded experience for the player and makes the whole trip more than just a Pokemon catching simulator like the isle of Amor. 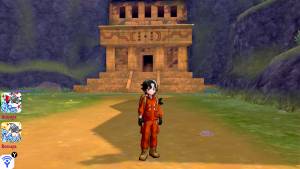 Overall The Crown Tundra is a welcome addition to the main game adding even more content. Whilst it does not go too out of its way to be different if you are looking for just more of that world then you will not be disappointed. This does bring an end to this Generation of Pokemon and hopefully Gamefreak will learn from these games and make the Pokemon Generation more expansive and story rich.

Of course there is more to find and explore in the Crown Tundra but I will allow you to find out fir yourselves what lies ahead good luck young Pokemon Trainers and remember to Catch em all!!