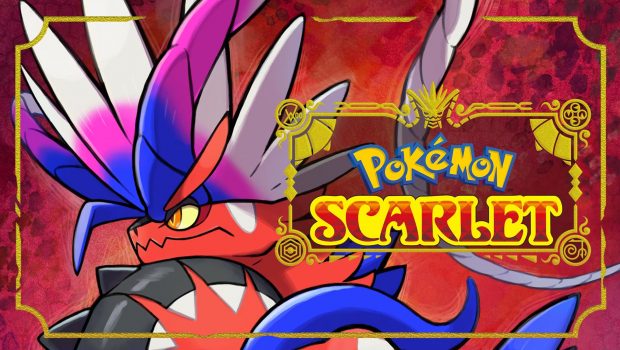 Summary: Pokémon Scarlet is just a ton of fun.

Every once in a while, a game comes along with obvious flaws, but the core gameplay loop is so fun that one can just ignore the short comings. That is Pokémon Scarlet in a nutshell. While I’m sure that some may be turned off by the lack of polish in Scarlet, for me, this is an absolute must play. 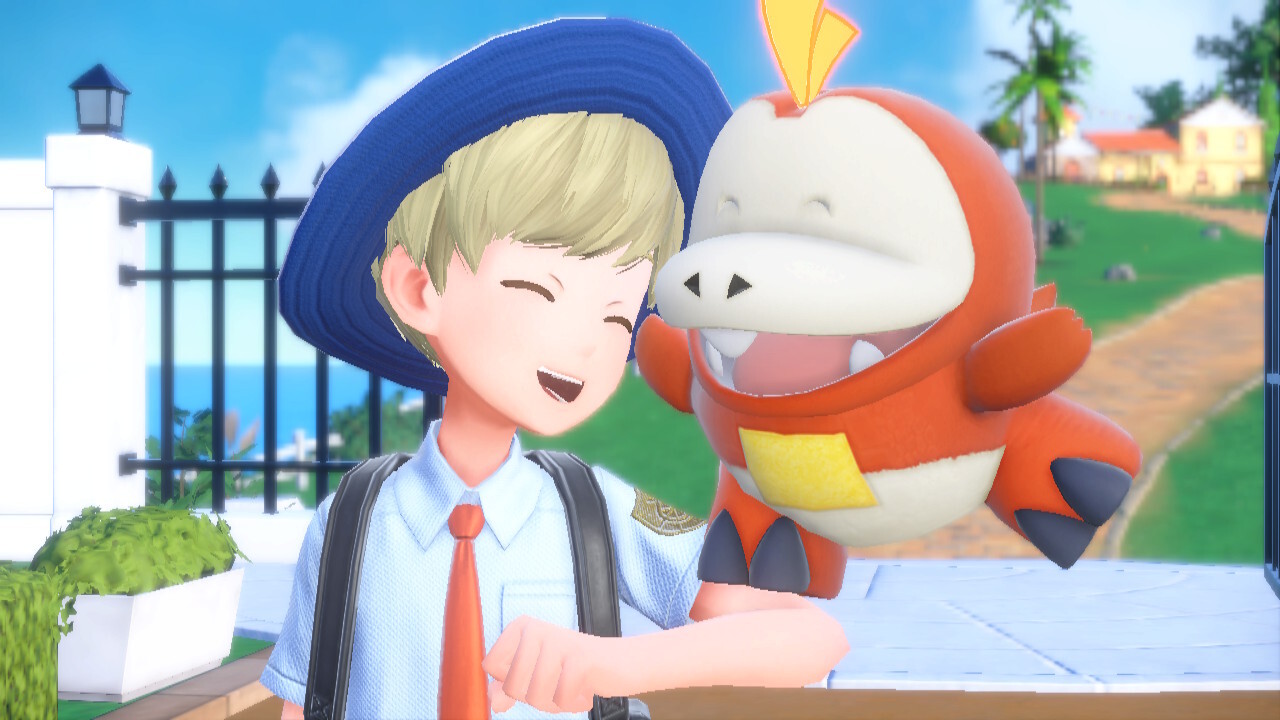 Pokémon in a lot of ways, hasn’t really changed since it was originally released back in 1996. The player still goes out on an adventure, catching, training, and battling Pokémon with the end goal of being the champion of the respective region the game takes place in. Scarlet is no different in that respect, and it upholds the Pokémon formula well. Battling still feels fun and satisfying and catching the Pokémon has never been better with Scarlet continuing to take place in an open world environment that started in the last release Pokémon Legends: Arceus. The real question is: What does Scarlet bring to the table that’s new to the franchise, and are those changes enough to warrant picking up the game?

One of the biggest things added to Scarlet, is the new auto battle system. When running around the open world, the player can send out the lead ‘Mon in the party, and they will battle all Pokémon in sight. This only takes a matter of seconds and is a great, easy way to grind levels. Of course battling this way won’t give the same amount of EXP as a full-on, regular battle would, but a lot more auto battles can take place in the same amount of time a regular battle would take, so it sorta evens out. Quick aside for this: Auto battling won’t knock out a shiny, so there’s no need to worry about that. Feel free to let your Pokémon murder everything in sight. 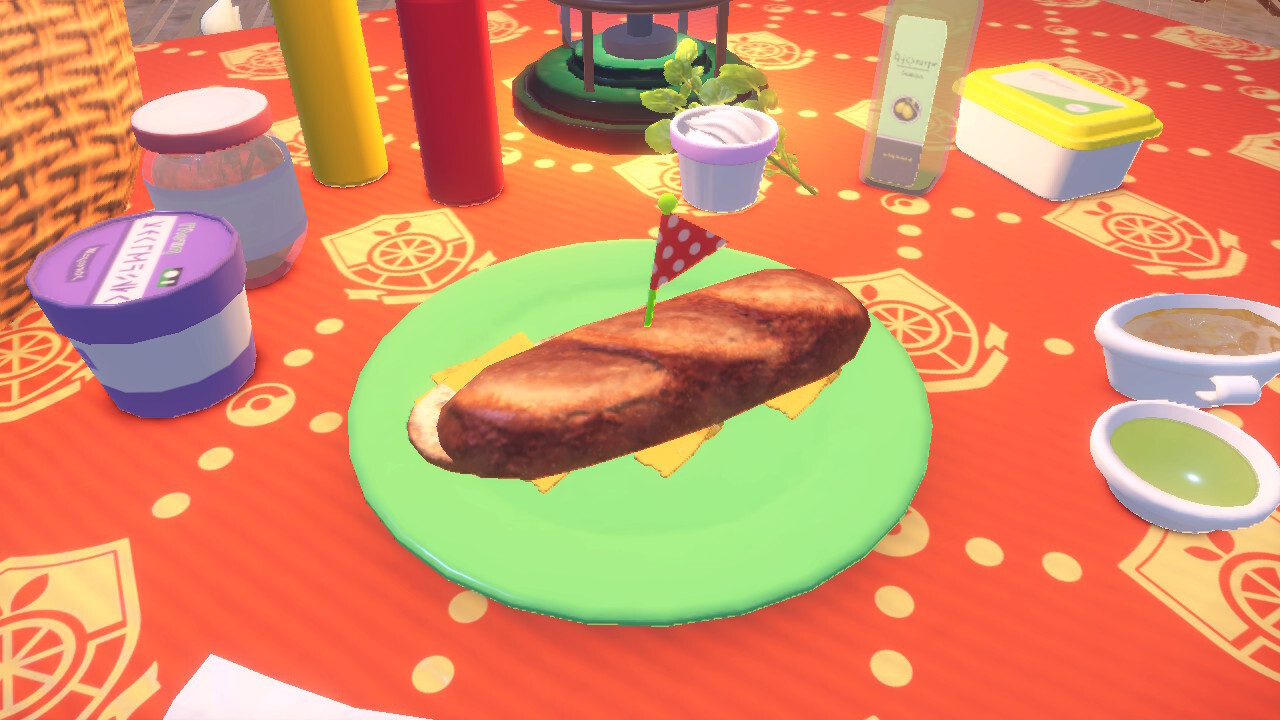 A smaller but welcome addition is the new picnic system. Essentially at any time, you can just chill out and have a picnic with your Pokémon. While picnicking the player can make sandwiches,  and depending on what is put on said sandos, they will increase little things like Egg rates, to more important things like Shiny rates. Some of the other things that can be done while on a picnic include being able to wash the ‘Mons in the party, play around with a ball, and just interact with them. This is a great way to increase your friendship level with the Pokémon in the party. Another Shiny related tip: Picnics also despawn all wild Pokémon around you, so when the player packs up, everything will respawn and as such will reroll the chance of a Shiny to spawn.

The last major thing that I feel should be mentioned is the new Terastallize system that was added to battles. Terastallizing a Pokémon will make them transform, giving them upgraded stats in all fields, and for some, even changing their typing. Unlike with things like Mega Evolving, Every ‘Mon can Terastallize. Now that being said, only one transformation can happen per battle, so the player will have to choose wisely on who and when to use this new form. I personally really like this new system, as it gives less powerful Pokémon a chance to be used, and be good throughout the story. Of course there will always be the “meta” picks, but I think this is a great, and much needed addition to the battling system. Visually the transformations can look kind of silly sometimes, as all of them just add a headwear to the Pokémon, but that’s okay. I don’t always need my ‘Mons to look serious. 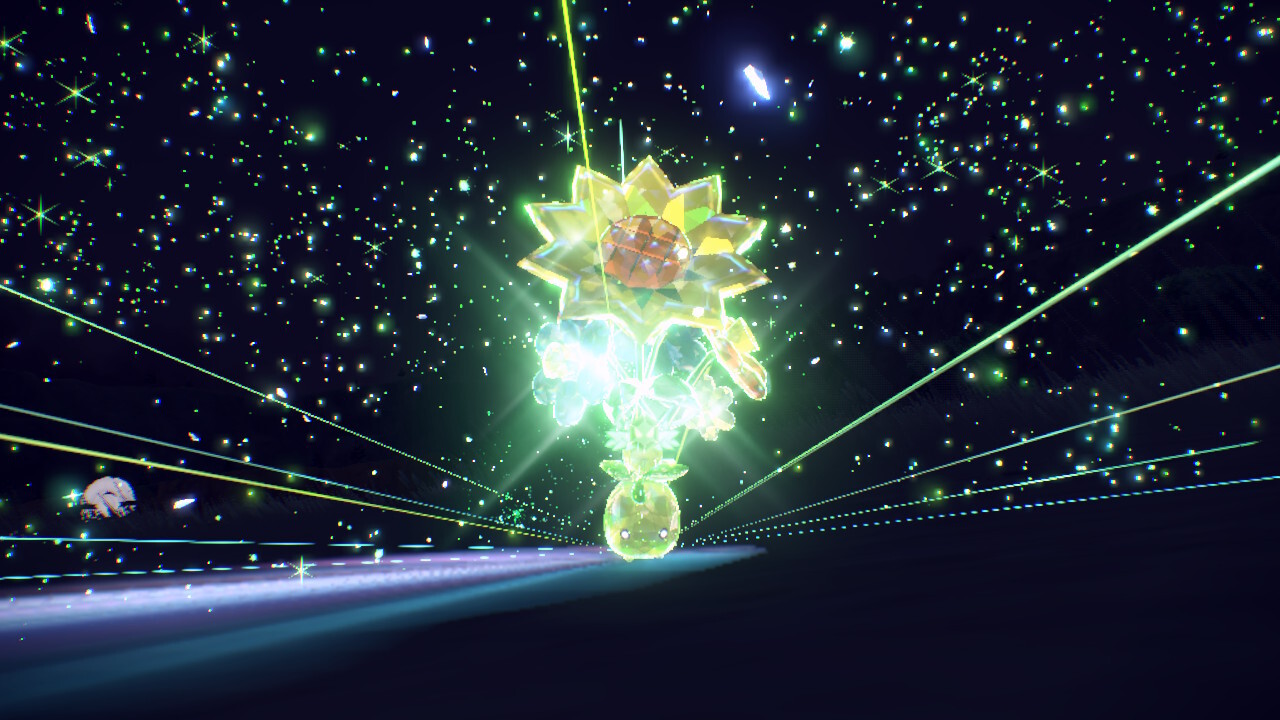 This leads to what is undoubtedly the weakest offering Scarlet has to offer, and that is the overall presentation. Pokémon Scarlet is an ugly game through and through. The environments are bland, and whenever a close up happens, the game genuinely looks like an early PS3 title. I think a perfect example is that sandwich picture I posted above, that thing isn’t pretty at all. Unfortunately it doesn’t end there, as on top of being a eye sore, the game doesn’t run well either. While I’ve been fortunate enough to not have experienced any major glitches, there have been a ton of videos and articles showcasing them. Beyond that though, the game doesn’t always run at a constant 60 FPS, this is especially true when in water sections surrounded by a bunch of wild Pokémon. The NPCs also will walk at about 15 FPS in the background, making the whole experience feel stilted and cheap.

Now to be fair, not everything in Scarlet’s presentation is bad. The score is a big standout, especially when battling gym leaders. The cheerful singing when a gym leader Terastallizes a ‘Mon genuinely gets stuck in my head. The story on the other hand isn’t anything to write home about. I think it’s a general improvement over past entries, but still nothing special.

Pokémon Scarlet is just a ton of fun. The gameplay is engaging, the battling is satisfying, and catching the ‘Mons scattered throughout a vast open world is addicting. It’s a shame the presentation doesn’t hold up it’s end of the bargain, BUT, if you can get past that like I did, I think Scarlet is a real gem.