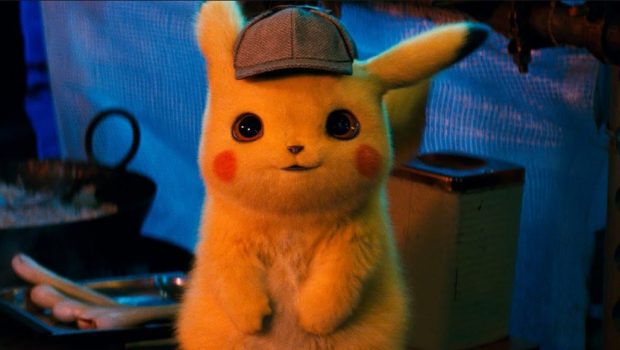 Most video game films are, for the lack of a better term, complete tosh. From catastrophes such as Super Mario Bros. (1993) and Street Fighter (1994), and most of Uwe Boll’s filmography, to films that are closer to viewer satisfaction, such as Final Fantasy VII: Advent Children (2005), Ace Attorney (2012), Rampage (2018) and Tomb Raider (2018), the reputation of videogame films is not something you would proudly put on a pedestal.

On that note, we have the ever-expansive Pokémon franchise. The franchise has spawned films that have been negatively received due to their trite stories, pandering storytelling, repetitive action sequences and a blatant toyetic [sic] cash-grab feel.

Saddled with low expectations, we have director Rob Letterman’s Pokémon: Detective Pikachu, which is based on the Nintendo 3DS videogame of the same name. With a talented cast of rising stars (Justice Smith and Kathryn Newton), established thespians (Ryan Reynolds, Bill Nighy, Ken Watanabe, and Chris Geere), a director who has made some entertaining works (Monsters vs. Aliens, 2009 and Goosebumps, 2015) and the collaboration between The Pokémon Company and Toho Co. Ltd, will the film have the Pokéballs to succeed?

Smith stars as Tim Goodman, a 21-year old former Pokémon trainer who is now an insurance appraiser. He is currently living alone and without a Pokémon to care for in the small area of Leaventown. The social stigma indicates that everyone should own a Pokémon. When his friend (played by Karan Soni) tricks him into capturing a Pokémon, it is understandable that something about Tim is slightly off.

During his time of comfortable alienation, tragic news strikes when his father, ace detective Harry Goodman, goes missing and is presumed dead. Unwilling to believe such a thing (since there was no body found), Tim travels to Ryme City, a metropolis where humans and Pokémon co-exist, thanks to the work of visionary Howard Clifford (Nighy).

As Tim investigates his father’s apartment, he finds Lucy Stevens (Newton), a spirited reporter (technically an unpaid intern) who longs to find a big story for Clifford’s news company. She is sick of writing Popsugar/BuzzFeed-esque articles about the ‘Top 10 Cutest Pokémon’. She believes that Tim’s father stumbled upon something big during his investigation. 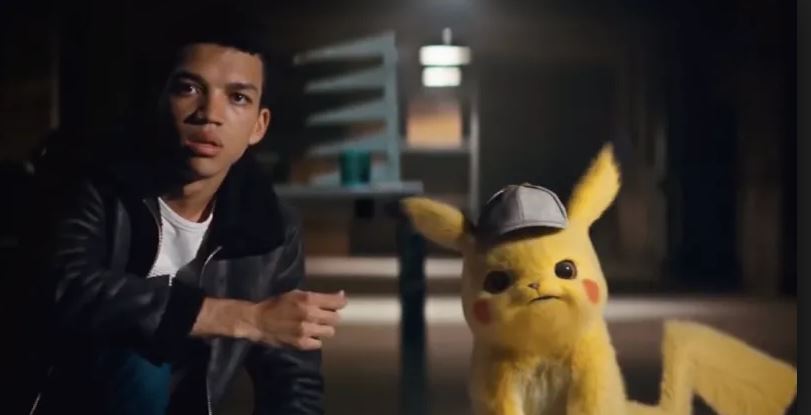 Tim then sees a Pokémon in the apartment, who happens to be Harry’s former partner. It is the wise-cracking, adorable super-sleuth Detective Pikachu (Reynolds), who suffers from amnesia. Finding that they are uniquely equipped to work together, as Tim is the only human who can talk to Pikachu, the three join forces to unravel the tangled mystery.

It is with great happiness to report that Pokémon: Detective Pikachu is an adorable, fun, energetic and colourful experience that both Pokémon fans and newcomers will enjoy. One of the surprises is how humble and scaled-down it feels. Compared to bloated blockbusters, the low stakes, the gradual build-up of its world-building, the intimate through-line of the story and the themes behind it make Pikachu feel refreshingly warm and cozy. While the story itself offers no great shakes due to its predictable nature and chaotic third act, including a final set piece that is derivative and bonkers, the quaint feel is mostly appreciated.

Complementing the film’s small nature is the buddy relationship between Tim and Pikachu. Justice Smith gives a grounded, believable performance as Tim. He allows his character to downplay the wonders of seeing the fantasy that is Pokémon while conveying the trauma of his alienation, all without being a dull, party pooper of a lead. 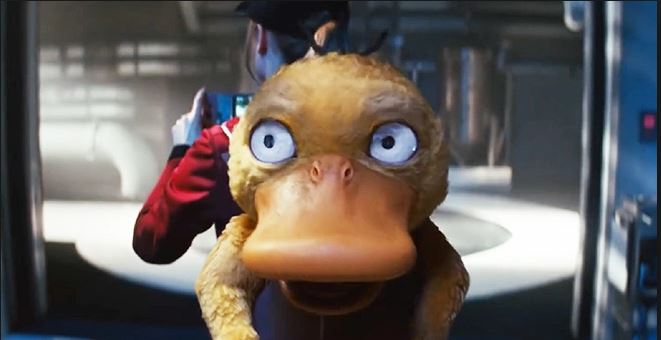 Ryan Reynolds is a joy as Pikachu and while comparisons to a kiddie-version of Deadpool (2016) are inevitable, he lends a sweet side to the role whilst making his constant quips endearing (if not completely funny) due to how it adheres to his character. The bond between the two ensures that the dramatic stakes work, particularly when a poignant revelation is unveiled during the conclusion.

It is a shame that the supporting characters are given the short shrift. Kathryn Newton, who was such a bright, bubbly presence in the teen-comedy Blockers (2018), is given little to do as the intrepid reporter besides being animated (pun intended). While Rita Ora (playing essentially the Baroness von Plot Exposition role), Suki Waterhouse (in a wordless role that could have been played by anyone), Chris Geere (over-the-top in a brash performance) and Ken Watanabe (lending some credibility to the part) barely register in their scarce screen time. Meanwhile, Bill Nighy does the paycheck Bill Nighy performance, where he looks forlorn while intermittently exuding some much-needed presence.

In terms of world-building, the settings and the creatures are beautifully realised on-screen. Most videogames adaptations or anime (and the like) are often left with choices that are double-edged when implemented. One of those choices is how fans want the entirety brought to life, which can result in egregious errors when translated to live-action. The other choice is to completely disregard the source material and develop a version that is uniquely localised, which can result in outrage from faithful fans. 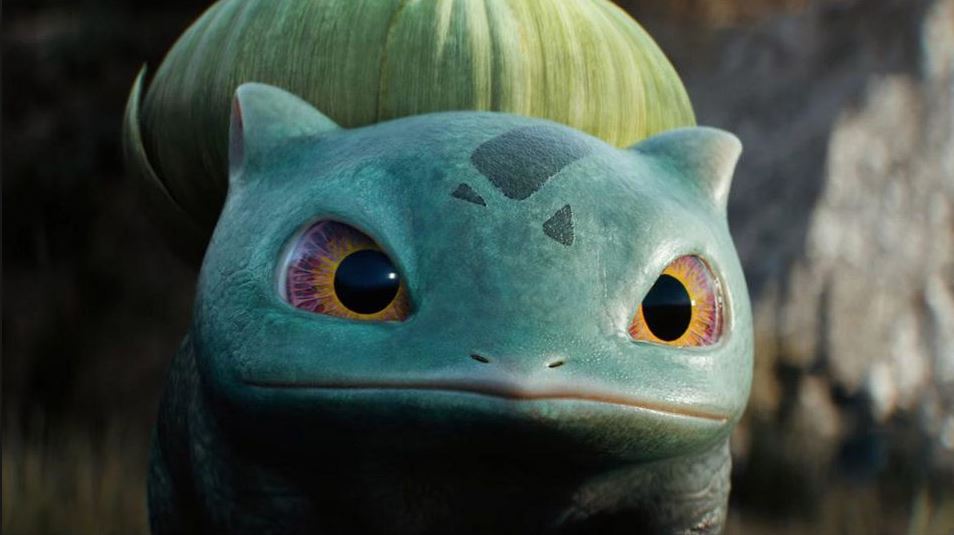 What Pikachu does well is to adapt a lesser-known entry and establish a universe that complements the Pokémon franchise, without the unfair expectations and creative restrictions that would burden the cast and crew. The decision means it succeeds on its own two feet. It also does not suffer from large amounts of exposition to establish the world, which keeps the running time tight.

The 3D rendering of the Pokémon creatures themselves are spectacular to behold. They are given a certain sense of weight and tangibility, whilst never straying from the look of the original designs. The use of Pokémon is wonderfully twisted at times, resulting in sights few would expect, such as the use of Mr. Mime in an interrogation scene and the use of Ditto in a menacing position.

The intricate and detailed production design by Nigel Phelps, the tactile and realistic cinematography by John Mathieson, and especially the propulsive musical score by Henry Jackman (which manages to be respectful, retro, 8-bit and modern all at once) all heighten the immersion of the world and add to the fun. The fan-service feel is downplayed because it all feels so real that you would want to live in it. 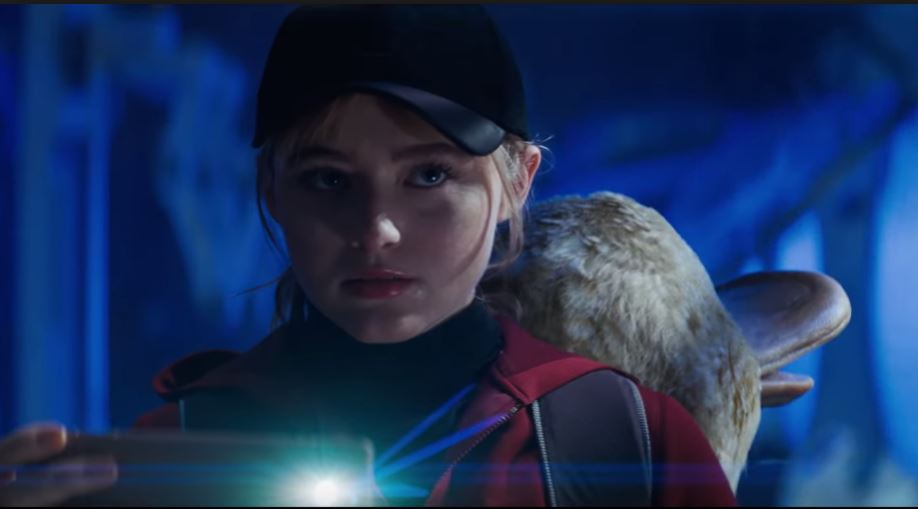 Pokémon: Detective Pikachu is a vibrant bundle of joy that manages to be both a good Pokémon movie and a great film based on a videogame. The latter might not mean much, but it is definitely a step in the right direction.

Summary: Pokémon: Detective Pikachu is an adorable, fun, energetic and colourful experience that both Pokémon fans and newcomers will enjoy.