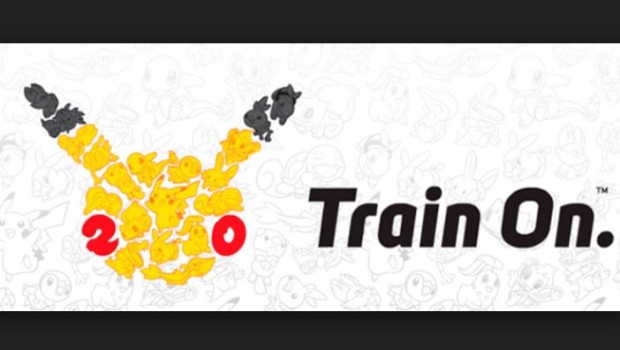 BELLEVUE, Wash.—January 12, 2016—Pokémon is thrilled to announce that 2016 will be a year-long celebration of the past, present, and future of the 20-year-old brand. First introduced in Japan in 1996 with the video games Pokémon Red and Pokémon Green for the Game Boy system, Pokémon has delighted fans of all ages around the world for two decades. With more than 275 million video games sold worldwide, 21.5 billion TCG cards shipped to 74 countries, and an animated series spanning 18 seasons, Pokémon is one of the most successful entertainment brands in the world.

To kick-start the celebration, The Pokémon Company International announced today that it will air a new ad during Super Bowl 50 on Sunday, February 7, which will encourage fans to Train On. In that spirit, fans are encouraged to share their favorite Pokémon memories on Twitter, Instagram, and YouTube using the hashtag #Pokemon20. On Pokémon Day, February 27, fans can join in on the fun at special events at participating retail locations across the country. More details can be found at Pokemon.com/20. Fans visiting the site throughout the year will find information about monthly Mythical Pokémon distributions, retail events, special products, messages from some of Pokémon’s biggest fans, and the upcoming Pokémon Photo Booth app.

In addition to all of these great ways to celebrate 20 years of Pokémon, there is much more to come in 2016. This spring, Pokkén Tournament (Pokemon.com/PokkenTournament) for the Wii U console will bring Pokémon to life in a way never seen before: Pokémon battle in direct response to the player’s actions. Pokémon GO (Pokemon.com/GO), a ground-breaking mobile game that will encourage fans to search far and wide in the real world to discover Pokémon, launches later this year. To coincide with Pokémon Day on February 27, Nintendo will also make some of their best-selling Pokémon amiibo available again, at select retailers only. Fans should be on the lookout for Charizard, Jigglypuff, Greninja, and Lucario to join Pikachu at stores nationwide.

RETAIL
The celebration continues with special retail events. Four Mythical Pokémon video game character distribution events will take place at participating GameStop locations throughout 2016, with one being distributed each quarter. Fans will need to have Pokémon Omega Ruby, Pokémon Alpha Sapphire, Pokémon X, or Pokémon Y, and a system from the Nintendo 3DS family to receive Mew, Darkrai, Arceus, and Genesect.

On Pokémon Day, February 27, at participating Toys“R”Us locations, fans can receive special foil Pokémon TCG cards featuring Pikachu and Magikarp from the Generations expansion, a Pokémon activity book, and a poster of the original 151 Pokémon, while supplies last. Toys“R”Us will also have an exclusive Generations-themed folio available for purchase to collect the new expansion.

ANIMATION
Beginning in January and continuing throughout the year, 12 full-length Pokémon feature films will be available for digital download from iTunes, Google Play, and Amazon. Among the releases will be digitally remastered versions of Pokémon: The First Movie and Pokémon the Movie 2000 and Pokémon 3: The Movie. In addition, Pokémon TV, available on Pokemon.com, Roku, Chromecast, and Amazon Fire platforms, will feature one film title per month to align with other Pokémon brand activities. The first three Pokémon films will also be available in both DVD and Blu-ray formatted bundles from licensee Viz Media.

A 48-page interactive digital reader will accompany Pokémon: The First Movie and can be viewed on any device that supports iBooks, including Mac, iPad, iPhone, and iPod touch.

MERCHANDISE
Fans can celebrate 20 years of Pokémon in style with new apparel, accessories, and souvenirs available only at PokemonCenter.com. They can find everything from a special Pokémon 20th baseball cap by New Era to a commemorative pin and lanyard set. Pokémon 20th TCG accessories, such as card sleeves, deck boxes, playmats, and much more, are available for fans of all ages. Limited-edition Pokémon 20th figures and plush items from TOMY International, Pokémon’s master toy licensee, will also be available at participating retail locations.