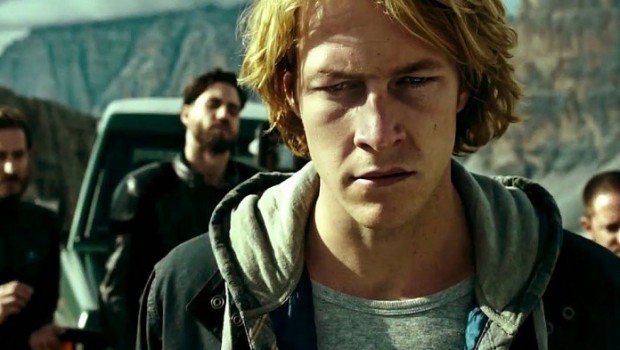 Point Break marks another blockbuster fizzer from Warner Bros., who after several flops is now in desperate need of a major hit. This is a useless, money-grabbing exercise that rides the name of an already overrated cult film as an excuse to stage pointless stunts. I’ll say this once: do not waste your money on this film. If you are a fan of the original Point Break by Kathryn Bigelow, the film where Patrick Swayze played a bank robbing surfer who took Keanu ‘I am an FBI agent’ Reeves under his wing, watch that film again. If you are in the mood for crazy stunts and set pieces, open YouTube and watch some extreme sports videos on there. These are comparatively sound alternatives to this dreck, courtesy of director Ericson Core who has made his first film since 2006. It might take another nine years and extensive therapy to overcome this stain. The film is so bad and amateurishly composed that it appears someone first listed off a series of extreme stunts and told Core and screenwriter Kurt Wimmer (Salt) to write the movie around them no matter how jarring or ill-fitting they may seem. If you’re still wondering, the stunts don’t work on their own because the script’s lousiness makes them boring since there’s no investment in the one-dimensional characters and the weak performances of the actors.

No thought went into planning this narrative. It starts with two motocross riders jumping between rock faces. One of them is Utah (Australian actor Luke Bracey), who watches as his friend falls to his death. The film forwards seven years to when Utah has joined the FBI and is under the watch of Instructor Hall (Delroy Lindo), who doubts Utah’s commitment and calls him son a lot. Since Utah was once a motocross rider in the extreme sports circle, he magically has the background information about the activity of the dangerous gang of extreme sports criminals Hall is chasing. It’s mega stupid and as contrived as the stunts themselves. The gang, best described as a hodgepodge of philosophers, hippies, extremists and Mountain Dew sports stars, is performing a ritual called the Osaki 8. The Osaki 8 involves eight different extreme sports trials, some of which are criminal activities but others are plain stunts including surfing and mountain climbing. The transition between these set pieces is embarrassing. When Utah bombs out in an early surfing attempt, the gang saves him from drowning by bringing him onto their boat. He’s recognised as a famous motocross rider from all those years ago but everyone, at least at this point, is oblivious that this not-exactly-inconspicuous surfer dude has been training as a cop and is allowed to freely explore the boat of the gang leader Bodhi (Joy’s Édgar Ramírez). The other members of the gang, including Teresa Palmer as a brief love interest, barely register at all so you won’t give two hoots about them and they aren’t even smart enough to background check Utah before initiating him. More criminal than the stunts is how Ray Winston as Utah’s partner Pappas, a potentially good replacement for Gary Busey’s comic relief character, is inconsequential through much of the film except when questioning if Utah is overly enjoying the gang life. But since we don’t care about the other gang members, what’s the point in blurring the two lines of the law? 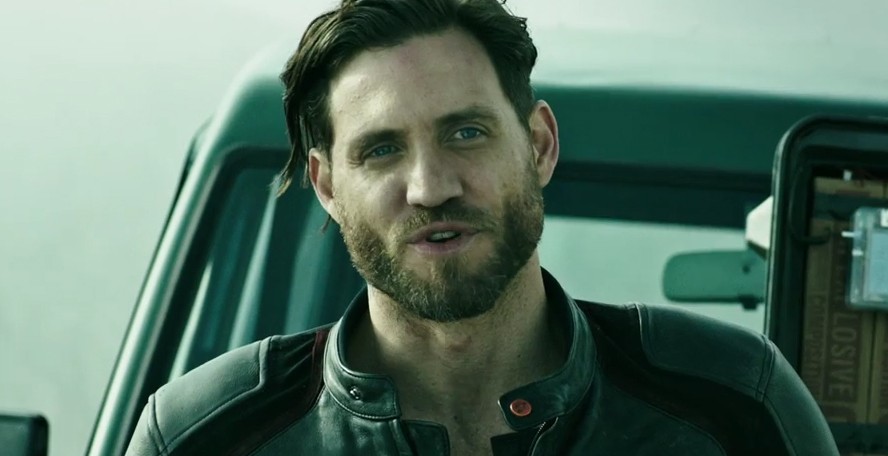 Does every blockbuster have to be self-serious now because it worked so well in the Nolan Batman films? Whereas Bigelow’s film meshed action and comedy, this remake doesn’t have a funny side at all. Instead, Bodhi’s long, boring monologues about giving back to the earth (what?) are serious delusions this film has about becoming meaningful. But even watching the film solely for the stunts is futile. The film’s marketing has emphasised how the stunts are performed by actual stuntmen as opposed to employing special effects. But given the stunts often have nothing to do with the gang’s criminal activities, like the surfing, gliding and snowboarding sequences, we’re watching a stunt showcase that’s completely aloof from the plot. Similarly, the apparent realism of the stunts is malarkey since some are about as plausible as a Looney Tune’s cartoon. Driving down mountain slopes ahead of an avalanche, through a dense forest on bikes and climbing mountains with just his bare hands will make you think that the FBI has really intensified its training or Utah has spent a lot of time with the Avengers. The only good things about the film are its brief reference to the bank robber masks of the original and that this boring pile falls under the two hour mark. It’s a small victory for anyone who is foolish enough to pay money to see it. I lied and will reiterate: don’t pay money to see this because you’re only encouraging movies like this with boring action and such carelessness towards the story. It’s a black eye to the fans of the original who might have given this disaster a chance.

Summary: It's a black eye to the fans of the original who might have given this disaster a chance.