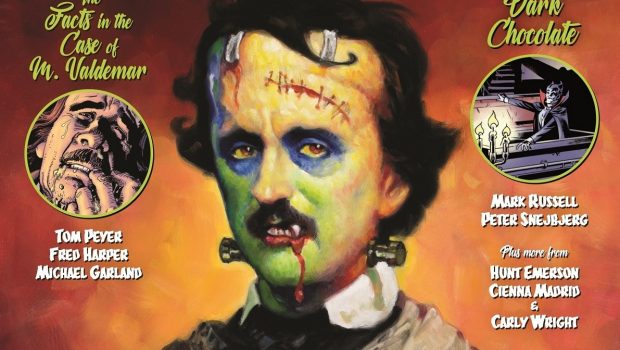 Showcasing a vast array of talented writers and artists, Edgar Allen Poe’s Snifter of Terror #1 is the fourth comic to be released by new publisher, AHOY Comics. Exploring hilariously dark tales of suspense, shock and horror, this is one ghoulishly excellent comic you won’t want to miss!

Snifter of Terror is like a mini-anthology series, containing two wonderfully dark and entertaining stories, a poem and other various goodies, in the vein of Tales of the Crypt or Eerie meets Drunk History. Our gracious and somewhat drunk and syphilis-infected host, Edgar Allan Poe, reluctantly introduces these tales to us from a dank cellar. 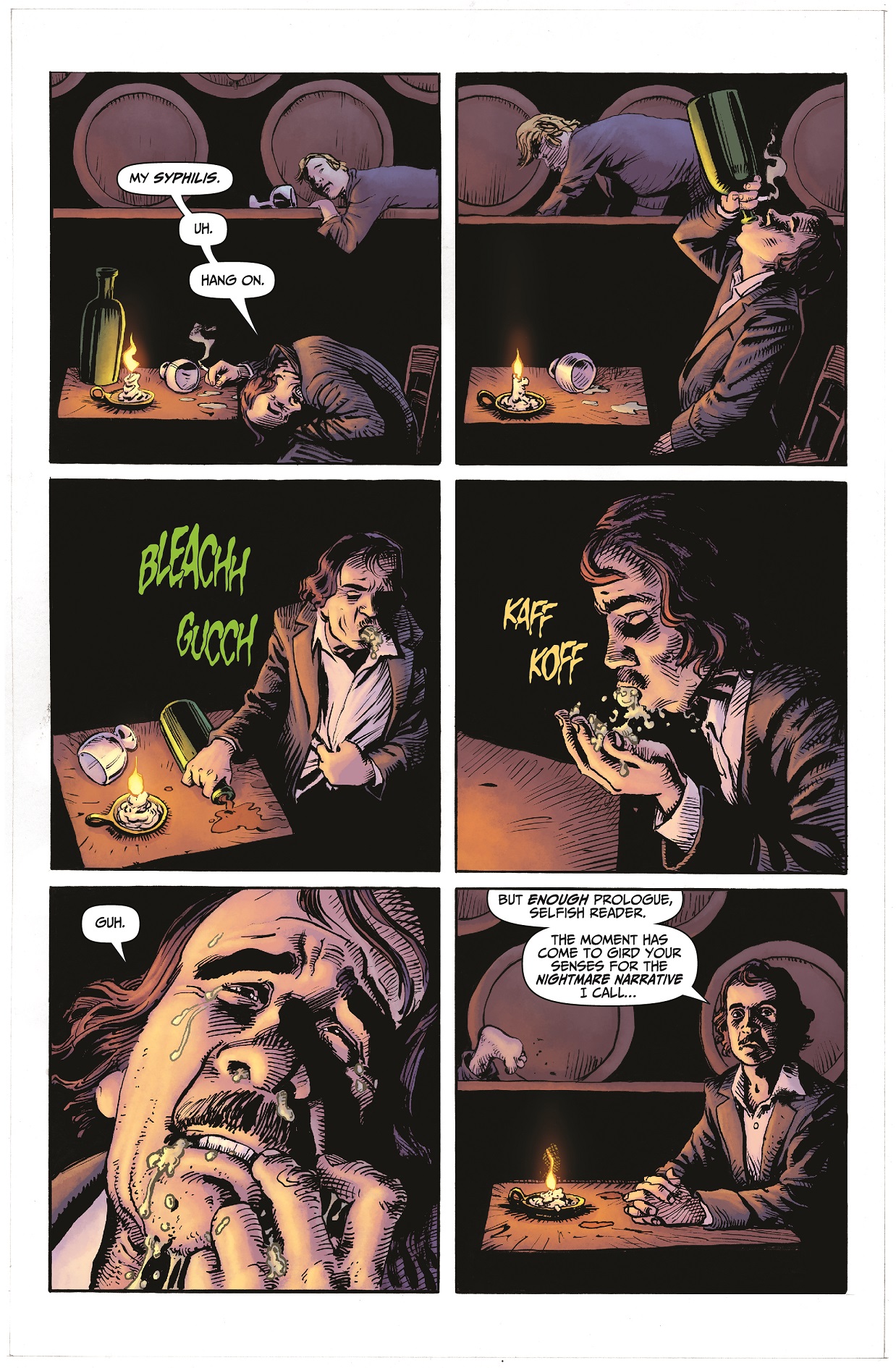 The first story is a retelling of one of Poe’s short stories, The Facts in the Case of M. Valdemar. Some may know this story already, but for those who don’t it’s about a man, M. Valdemar, who is put in a suspended hypnotic state directly at the moment of his death. The man is technically dead, however, lingers on in this tormented state for seven months, whereupon he is released from his hypnoses, only to immediately decay into a putrid pile of goop…wonderful! Writer, Tom Peyer has added his own flair to this story, turning Valdemar into a well-renowned pastry chef. The climactic finale, which unfolds in front of Queen Victoria herself was like that excellent scene involving Mr. Creosote from Monty Python’s The Meaning of Life…if you’ve seen the movie, you’ll know what I’m talking about. It’s wonderfully grotesque and Fred Harper’s art perfectly captures all of the gory details perfectly. I loved every moment of it. Bravo guys! 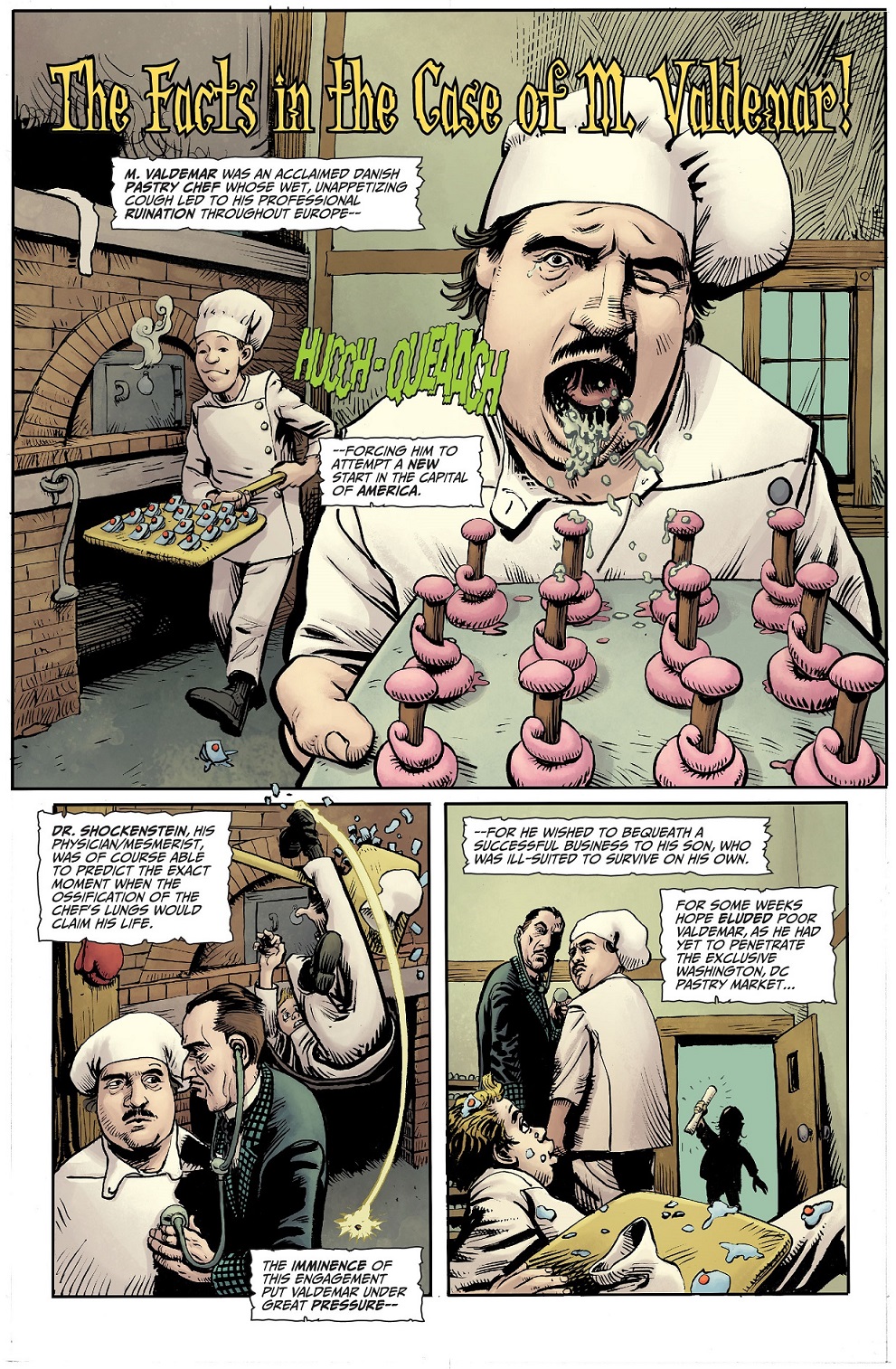 The second story, Dark Chocolate, written by Mark Russell with art by Peter Snejbjerg tells the tale of the Maquis du Cocoa, a breakfast cereal mogul, who is also a vampire. Just like a real-life Count Chocula, except more gritty, tormented and tragic. Everyday he and his wife hold elaborate breakfast banquets for his loyal followers. He carefully places his chair in the shade, but unfortunately the inevitable rising of the sun leaves him briefly exposed and cooking in its rays each morning. He subjects himself through this daily torment, so as to avoid any suspicion among his followers that he is a vampire. Whilst this absurd charade unfolds, his loyal and loving wife watches on in a state of anguish, unable to do anything to help. Unfortunately, someone close grows suspicious of his appearance and behaviour, which in turn forces the Maquis hand. The art is lovely and expressive and works wonderfully at capturing the emotional toil that the ol’ poor Maquis and his wife had to endure. 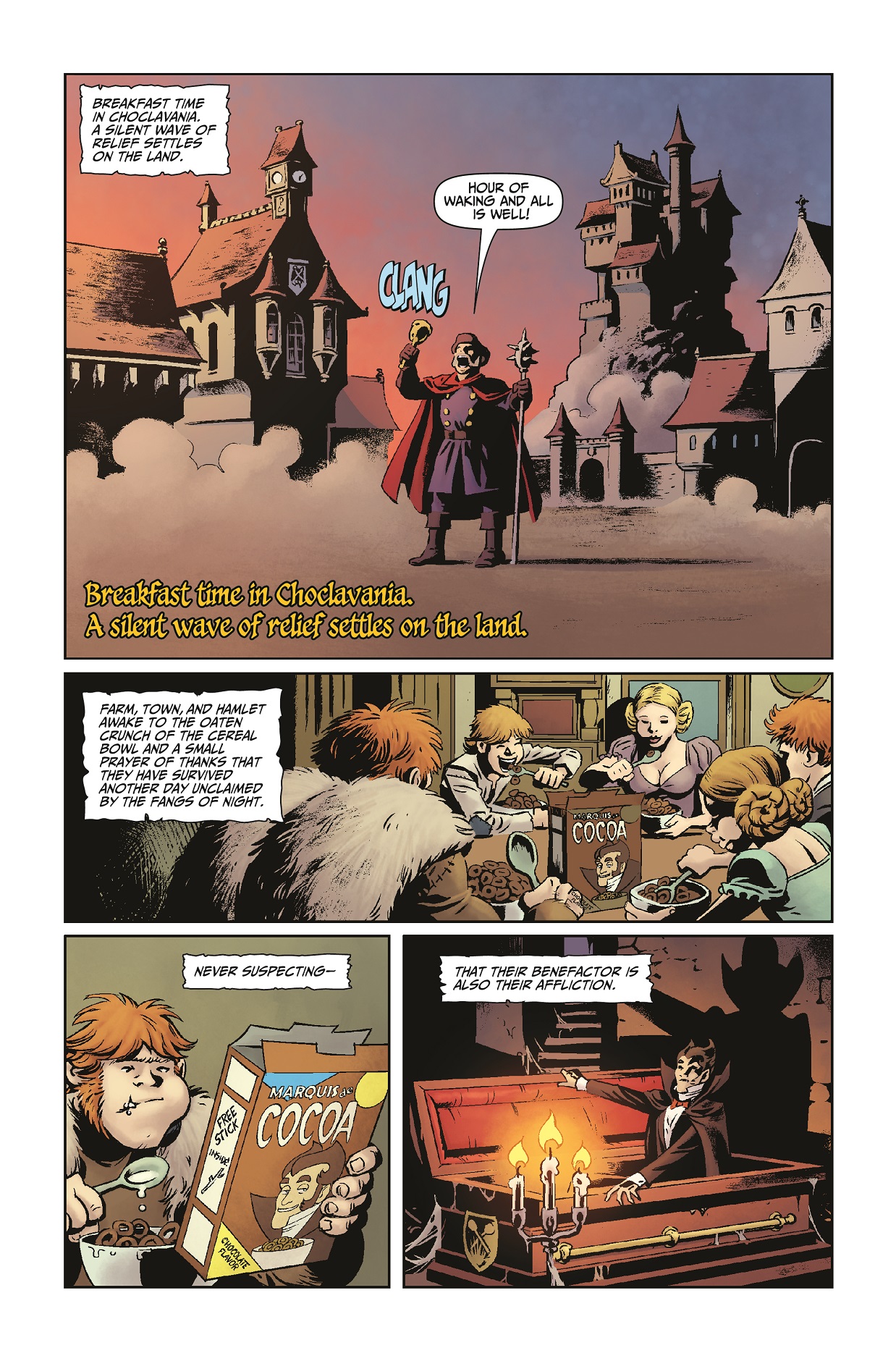 Being an AHOY comic, we also get extra reading material at the end of the issue, which includes an interview with Mark Russell, a comic short called Poe and The Black Cat by Hunt Emerson and an excellent poem called The Scallop and the Barnacle by Cienna Madrid.

Overall, I thought that this was an amusing and enjoyable introduction to Edgar Allen Poe’s Snifter of Terror. The stories and art are clever, vile and downright entertaining. These are my kind of tales, and I couldn’t think of a better host than Poe to introduce them to us. Cheers mate. 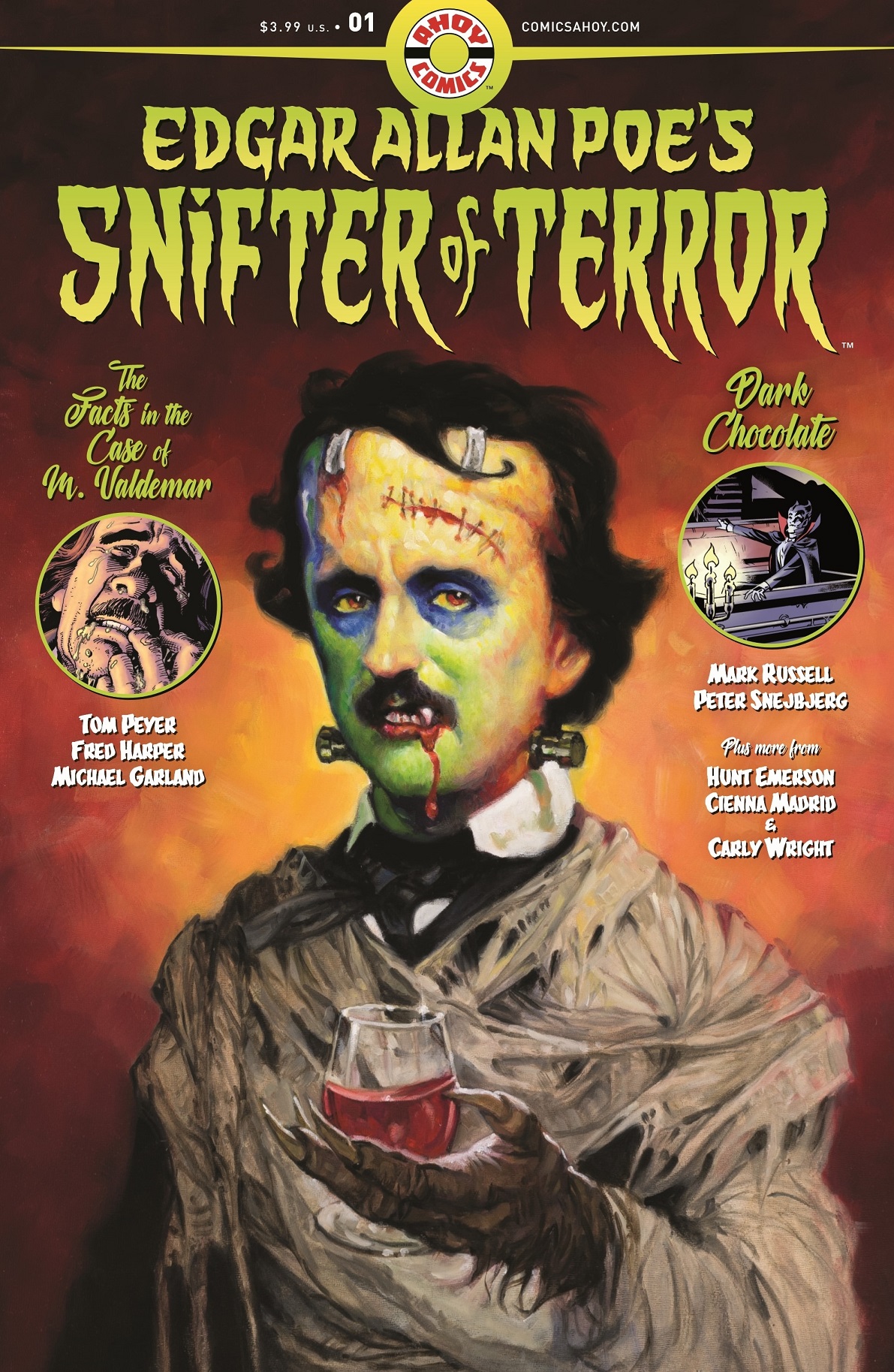