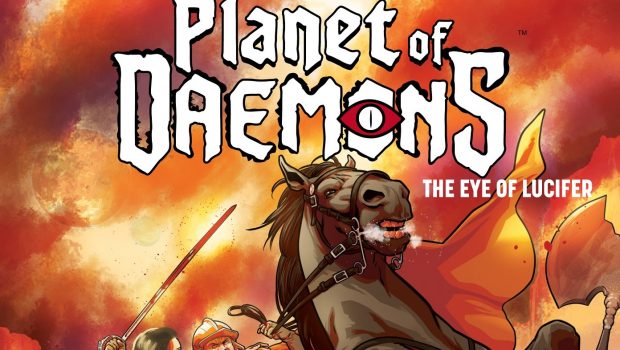 “Planet of Daemons” Mixes Wonder with Dread, Occult with Action

Amigo Comics are thrilled to announce that the first collection of their acclaimed miniseries PLANET OF DAEMONS is heading to the shops in June 2019! Described by one reviewer as “like a Hammer Horror film written by Neil Gaiman”, PLANET OF DAEMONS: THE EYE OF LUCIFER is a bewitching story of occult adventure created by the British duo of writer Kevin Gunstone (FUTURE PRIMITIVE) and artist Paul Moore (THE LAST HUNT).

Set in the arcane realm of the Qliphoth and 17th century New England, Planet of Daemons follows the fortunes of Amos Deathridge, a former Puritan magistrate who now serves as jailer of the daemons and evil spirits who cast a sinister influence over mankind.

In The Eye of Lucifer, Amos arrives on the world of Sathariel pursuing a daemon of war. But in the ruins of the Palace of Lilith, he witnesses the hatching of an all-powerful Succubus Queen – a reincarnated soul who shares a puzzling connection to his past. Amos, to solve the riddle of her identity, must enter Sathariel’s dread labyrinth and confront the truth behind the tragic events leading to his arrival in the Qliphoth years earlier…

Commenting on the Planet TPB’s imminent release, co-creator Kevin Gunstone remarked: “I can’t wait to see Planet in one volume as I think it’s definitely a story best read together. I was delighted with the audience reaction when the series was first published and it was a real pleasure to work with artists as talented as Paul and Stefan, who created a fantastically evocative atmosphere. We look forward to continuing Amos’ adventures in the Qliphoth soon… I also can’t thank Amigo Comics and El Torres enough for the patience and support he’s shown Planet – which I’m sure I tested at times!”

Behind a stunning new cover by Hugo Petrus (WONDER WOMAN/JUSTICE LEAGUE OF AMERICA) and with an introduction by DC/Milestone artist Prentis Rollins (author of the Tor Books graphic novel THE FURNACE), Planet of Daemons collects all four issues of this spectacular miniseries of mystery, intrigue, and dark sorcery; and includes process pages, sketchbook and an afterword. Written by Kevin Gunstone, art by Paul Moore, and colored by Stefan Mrkonjic (FUTURE PRIMITIVE) with lettering by Malaka Studios.

The collection ships in June 2019 and is solicited in the April edition of Previews with the order code of APR191353.

Check out what the professionals and reviewers have said about Planet of Daemons:

“Dark Cabalistic secrets lurk behind every page of this violent, enigmatic story of an anti-hero who embraces damnation, so the world will be spared from his fate.” – Jasper Bark, writer, Bloodfellas, Parassassin and Quiet Places.

“In Planet of Daemons, Gunstone and Moore have crafted a thrilling and intriguing tale filled with both wonder and dread. A fantastic comic indeed.” – Dan Butcher. Vanguard, Awesome Comics Podcast. 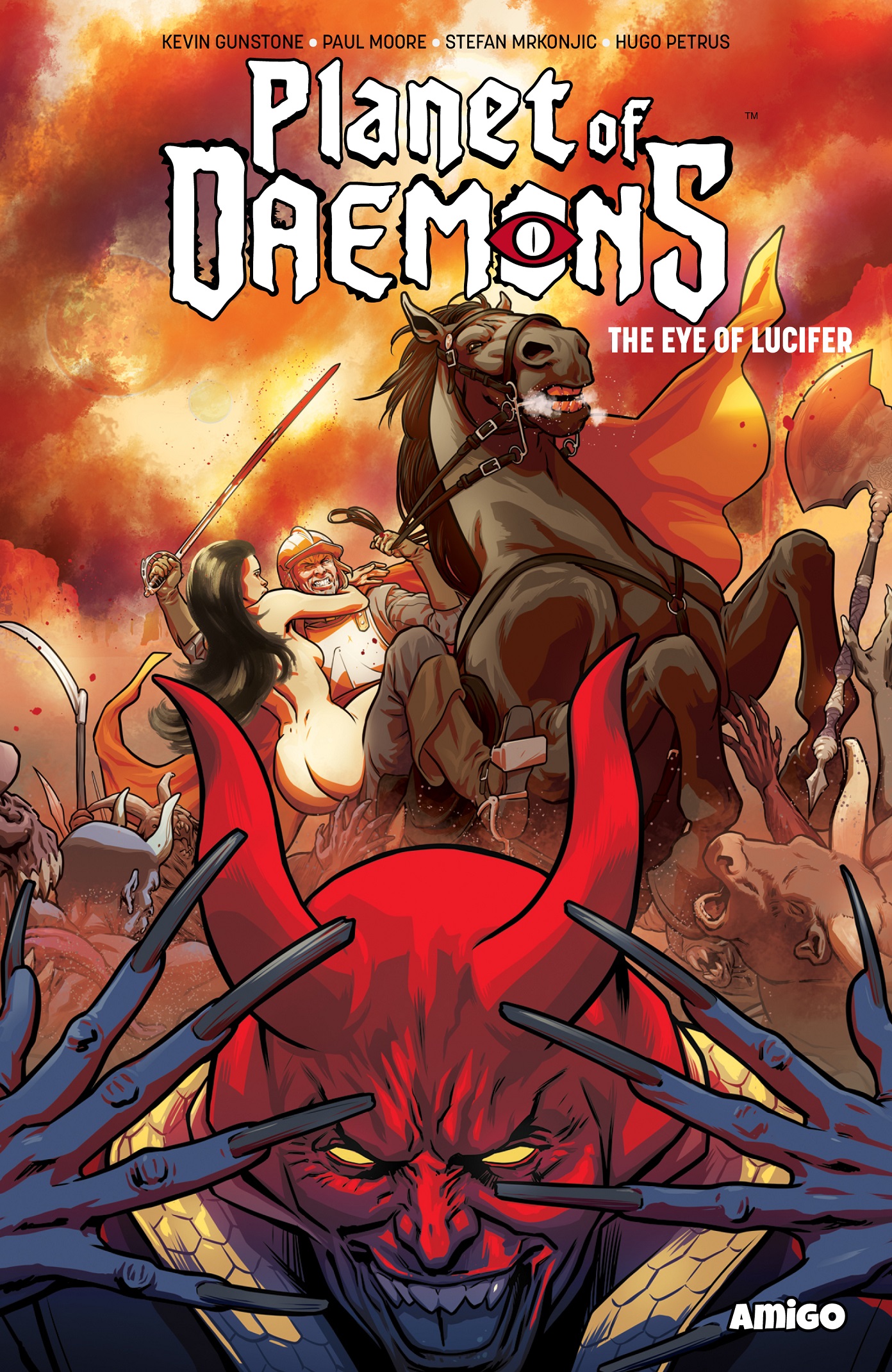 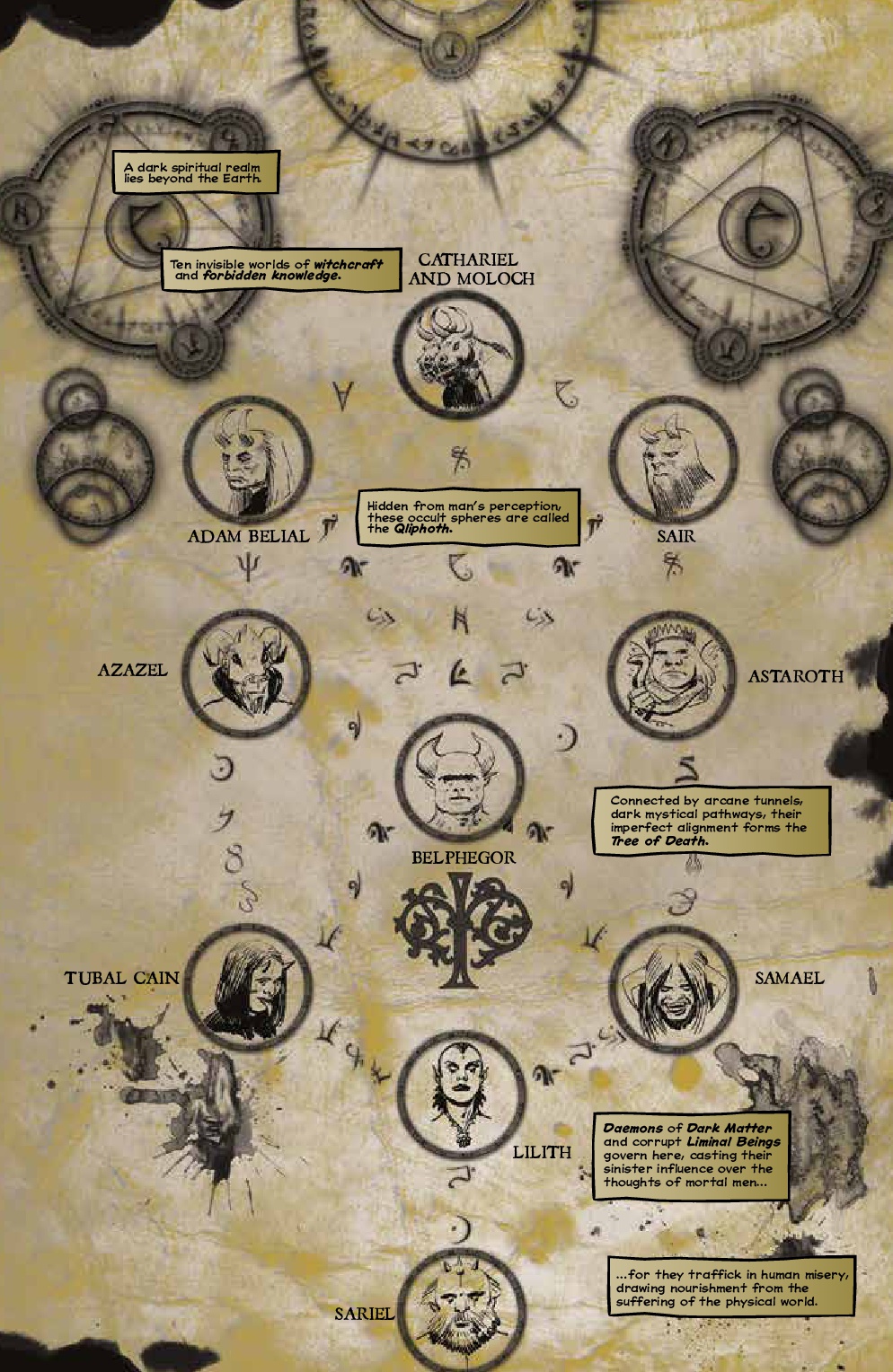 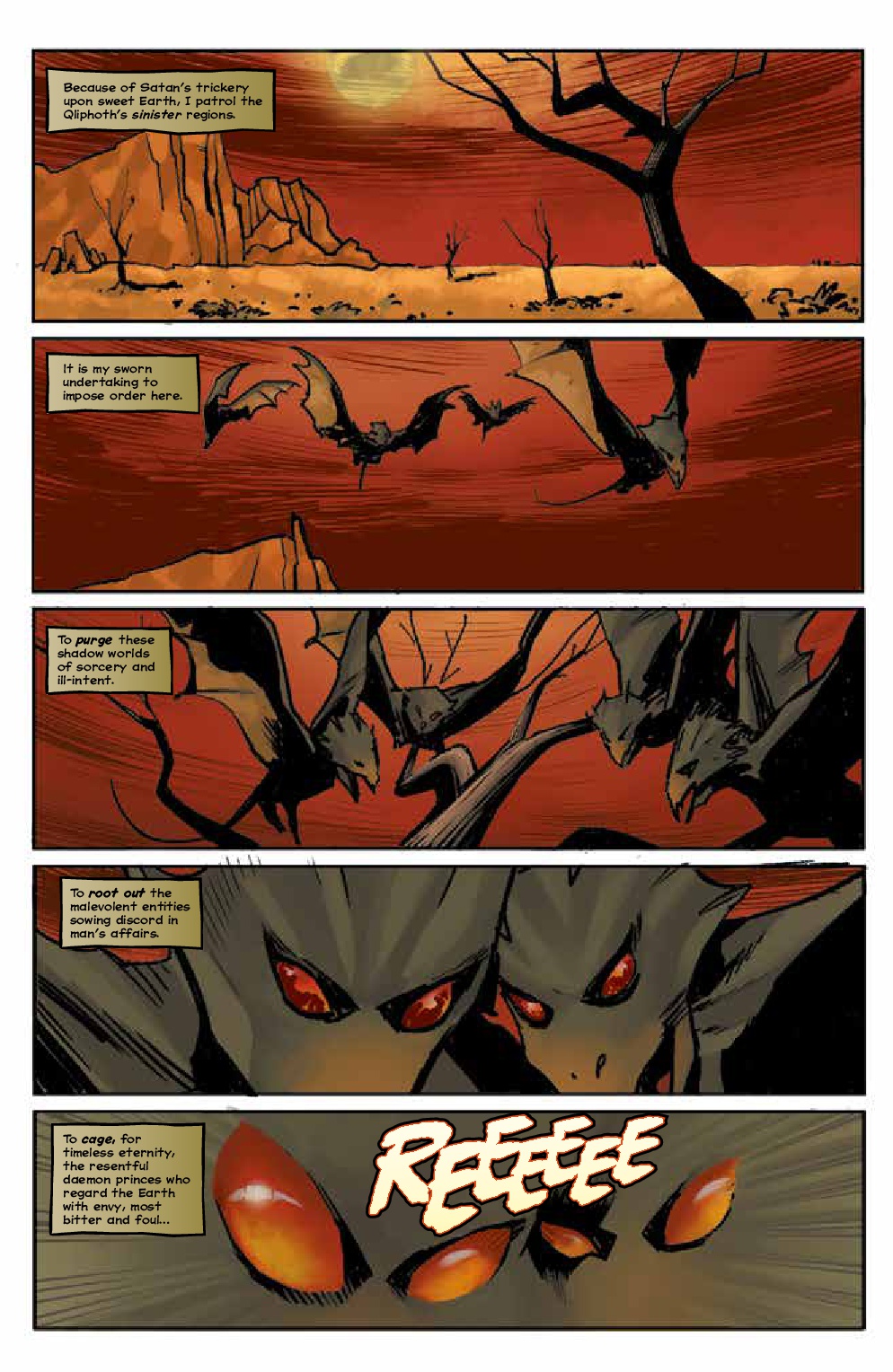 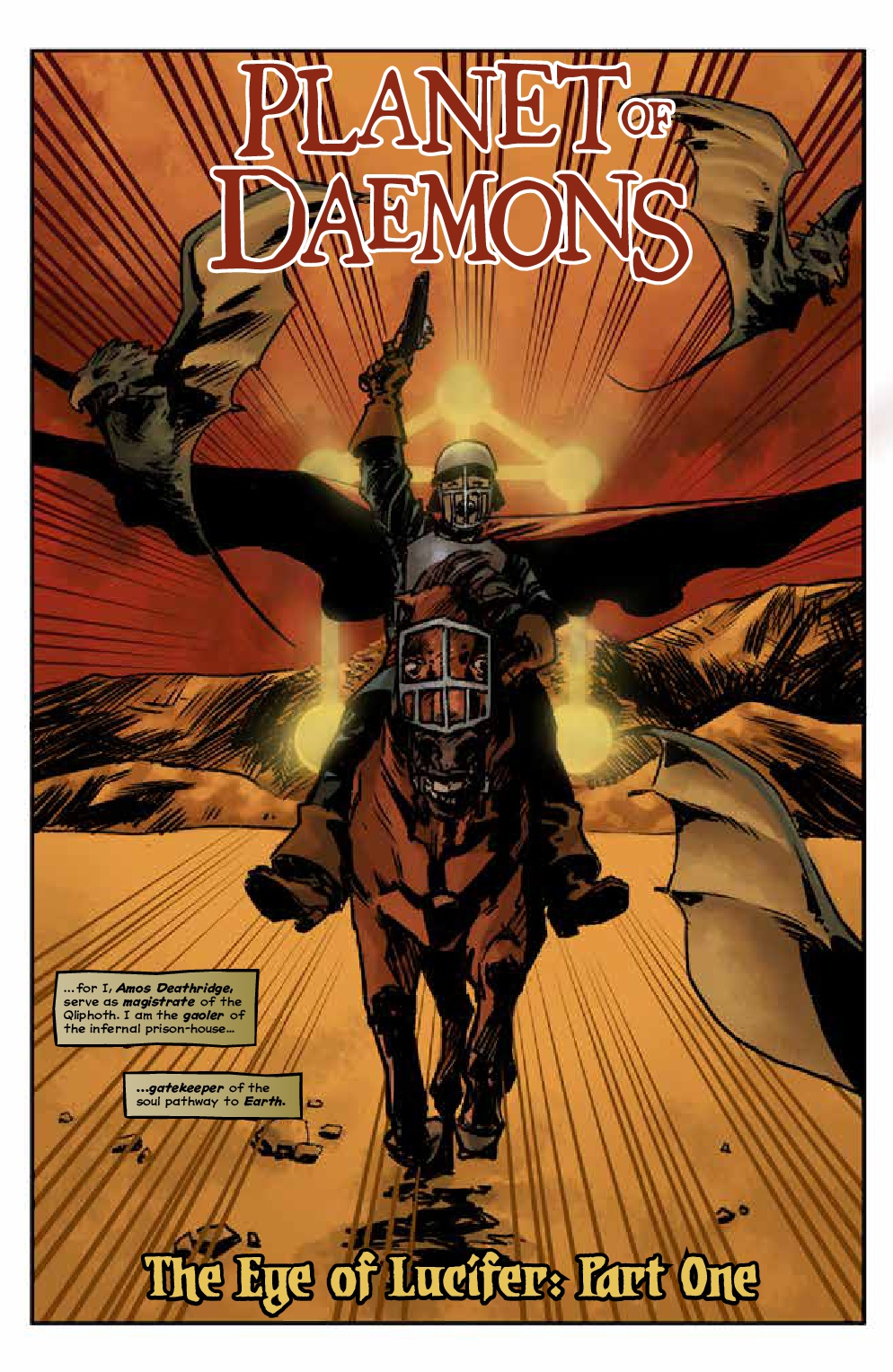 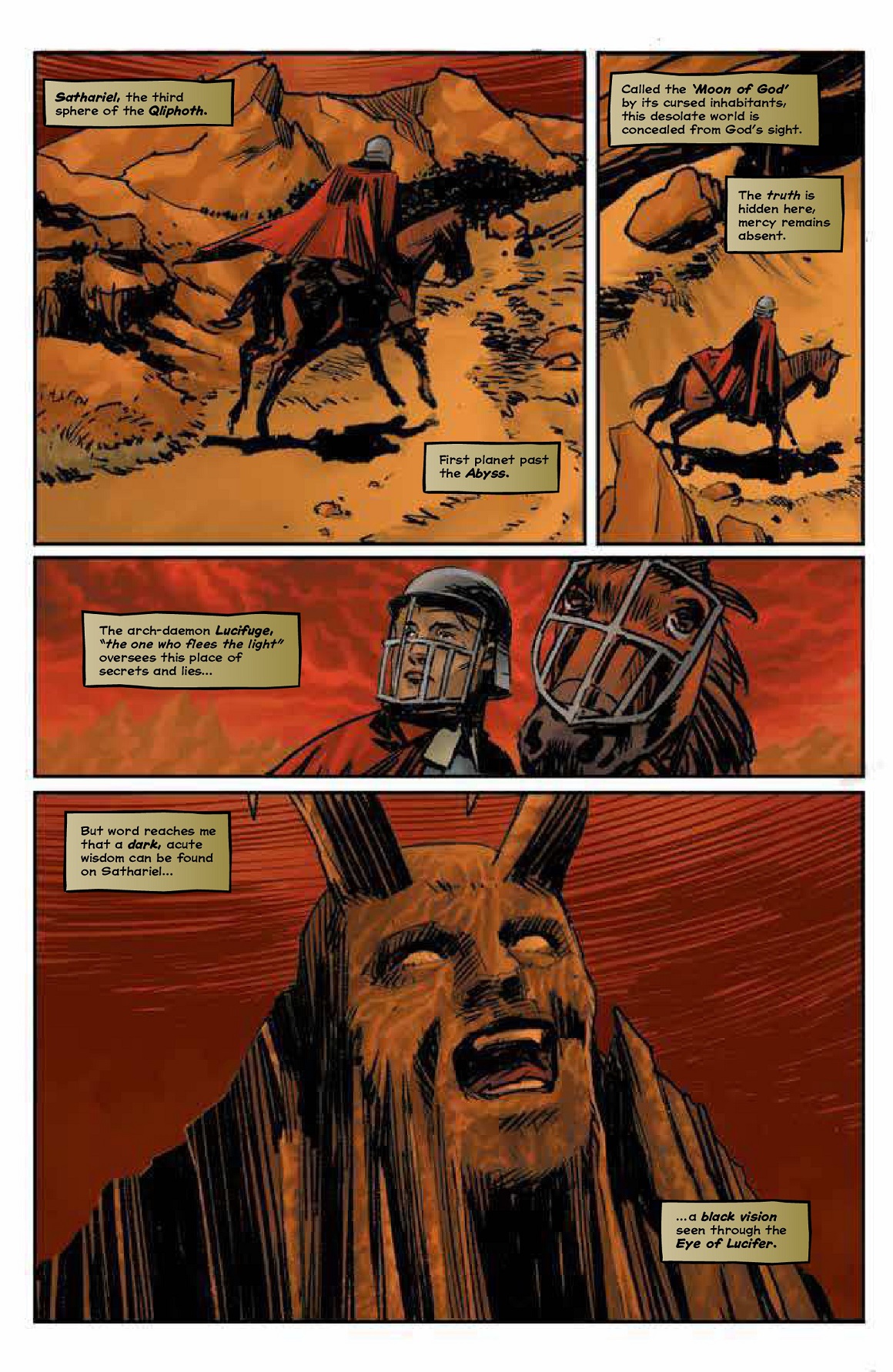 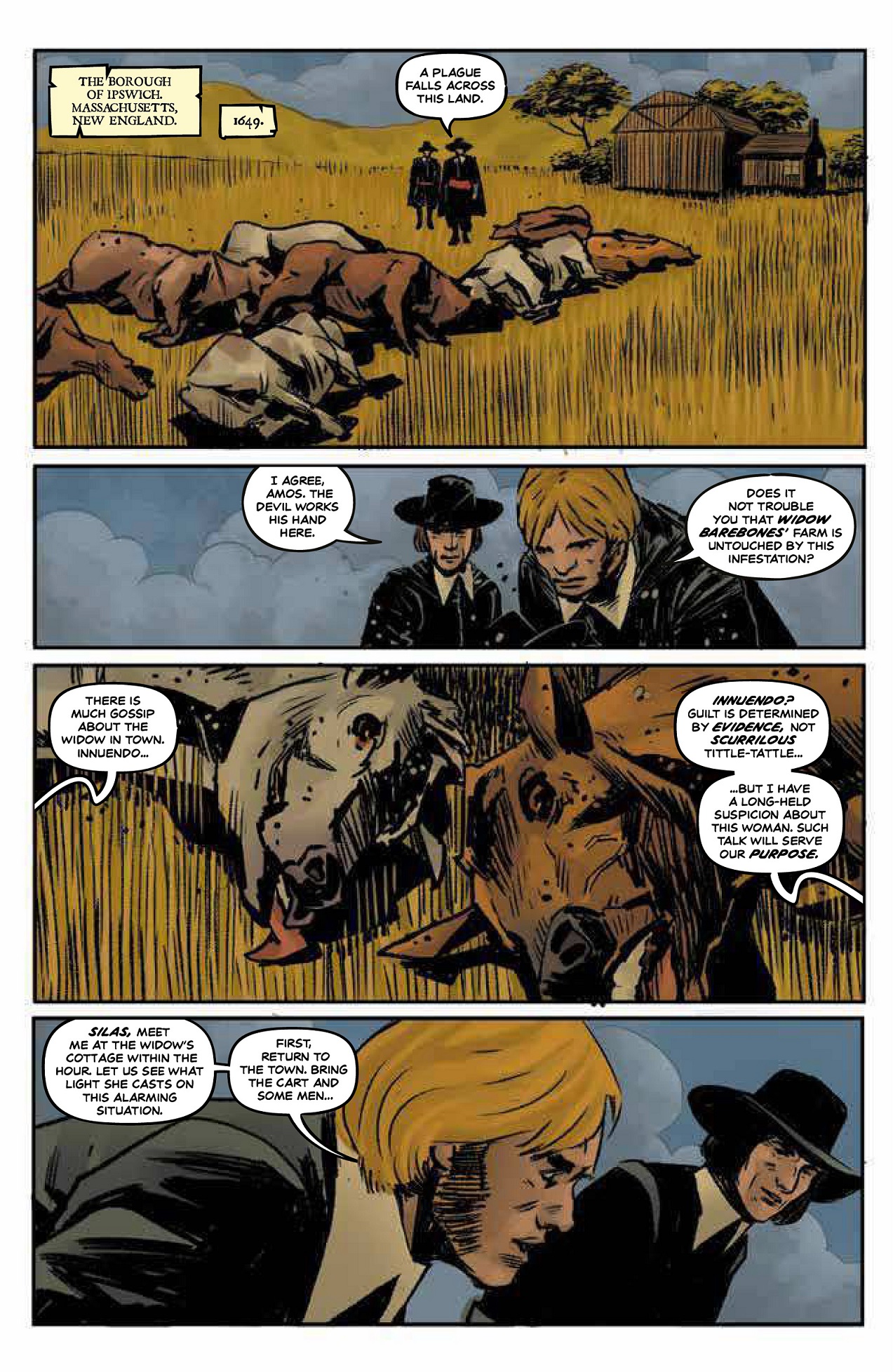