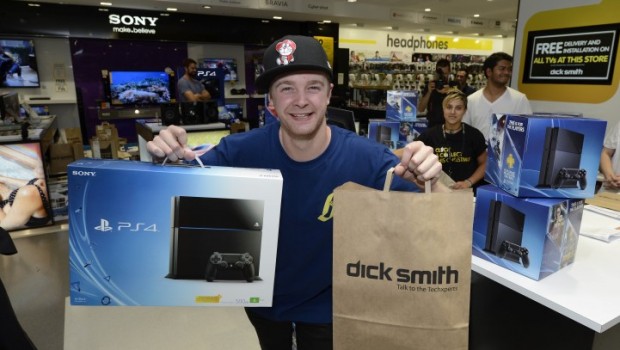 Sydney, November 29, 2013 – Sony Computer Entertainment Europe (SCEE) today launched PlayStation®4 (PS4™), a system built for gamers and inspired by developers.  The PS4 system is now available in Australia, Austria, Belgium, Denmark, Finland, France, Germany, Ireland, Italy, Luxembourg, Netherlands, New Zealand, Norway, Poland, Portugal, Russia, Spain, Sweden, Switzerland and the United Kingdom at a suggested retail price of GBP £349 (AUD $549.95) and EUR €399, arriving with a lineup of over 20 first- and third-party games, including exclusive titles like Knack™ and Killzone: Shadow Fall™.  In total, the PS4 system will have a library of over 30 games by the end of the year. *1 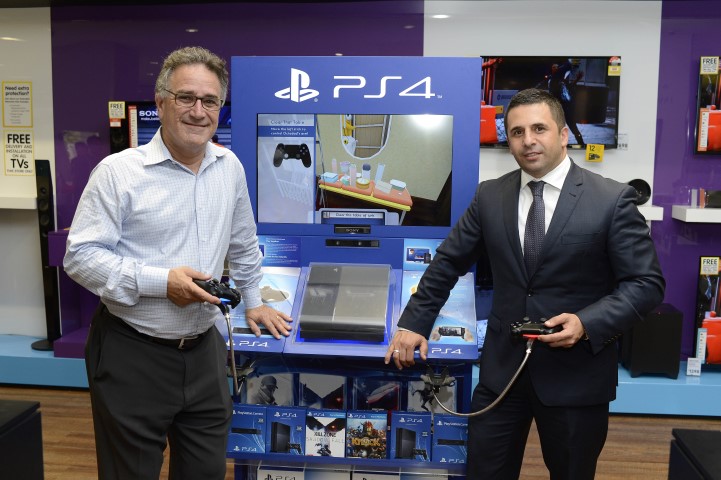 “It has been an exciting time for all of us at PlayStation, and after the successful launch across United States and Canada we could not be any more proud to be introducing the PlayStation 4 to our region today,” said Jim Ryan, President and CEO of Sony Computer Entertainment Europe. “PS4 has been designed with gamers at its heart, and it is the PlayStation fans that help make these occasions so memorable. We have been overwhelmed by the unprecedented demand for PS4 and we are committed to try and meet those demands.”

The PS4 system enables game developers to realise their creative vision on a platform specifically tuned to their needs, making it easier to build huge, interactive worlds in smooth 1080p HD resolution.*2  Its supercharged PC architecture – including an enhanced Graphics Processing Unit (GPU) and 8GB of GDDR5 unified system memory – is designed to ease game creation and deliver a dramatic increase in the richness of content available on the platform.  The end result for players is an abundant software library, as more than 180 games are currently in development.

The PS4 system takes social connectivity into the next generation by enabling gamers to immediately share their best gameplay moments with friends.  With a press of the “SHARE” button on the DUALSHOCK®4 wireless controller, images and videos can be shared with other players in the activity feed on their PS4 system’s Dynamic Menu, or on social networking services such as Facebook®.  Gameplay screens and videos can also be shared with friends online.  In addition, players can broadcast their gameplay in real-time using live internet streaming services such as Ustream and Twitch.  During live broadcasts, friends can even make comments on the streamed gameplay. 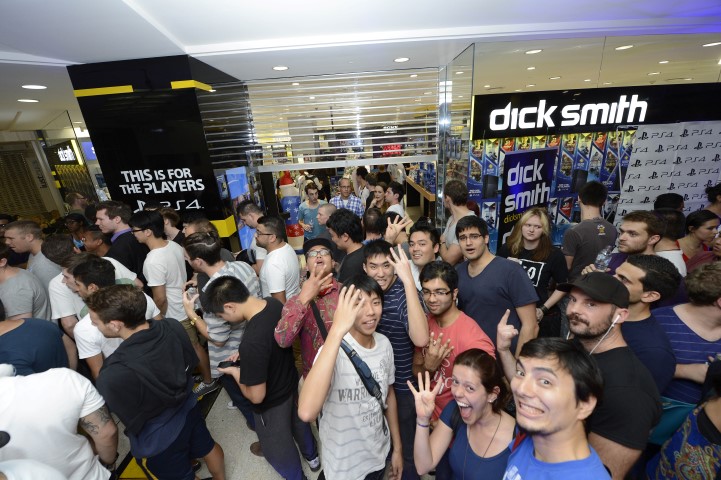 The PS4 system integrates second screens, including the PlayStation®Vita system (PS Vita), smartphones and tablets, to connect gamers to the PlayStation ecosystem wherever they are.   Through Remote Play, gamers can play most PS4 titles on their PS Vita system via Wi-Fi on their home network, freeing up the television for other uses.*3  The “PlayStation®App” will further enhance the PS4 system experience by allowing iPhone, iPad, and AndroidTM based smartphones and tablets to become second screens.  Once installed, users can, for example, see maps on their second screens when playing an adventure game on the PS4 system, purchase a PS4 game while away from home and download it directly to their system, or find and watch shared PS4 gameplay.  PlayStation App is now available for free on the iOS App Store and Google Play.

The PlayStation®Plus (PS Plus) membership service has been further enhanced on the PS4 system, helping gamers discover a world of extraordinary game experiences through access to a regularly refreshed collection of free games.  At launch, PS Plus members will have access to Resogun™ from SCE Worldwide Studios (SCE WWS) and Contrast from Compulsion Games for free as part of Instant Game Collection™, along with DRIVECLUB™ PS Plus Edition from SCE WWS anticipated in early 2014. PS Plus gives PS4 system users access to online multiplayer worthy of the next generation, one GB of online storage for game saves, automatic save data backup, and game patch automatic downloads. 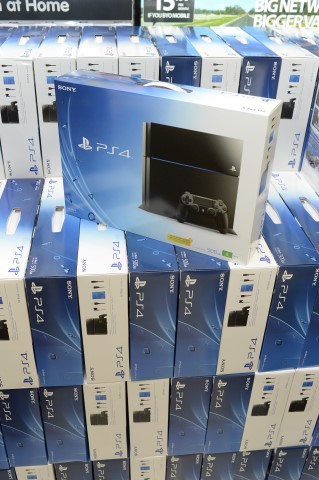 PS4’s games portfolio expands in 2014 with games like the highly anticipated franchise favourite inFAMOUS™: Second Son from SCE WWS, as well as brand new IP including The Order 1886 from SCE WWS, Watch_Dogs™ from Ubisoft Entertainment and #DRIVECLUB™ from SCE WWS.  All of these titles showcase the power of PS4 with breathtaking graphics and breakthrough gameplay experiences.

In addition to a best-in-class gaming lineup, the PS4 system offers a curated portfolio of entertainment apps at launch, providing access to movies and television shows, unique specialized content, and live sports programming.  The entertainment apps, 18 of which can be found on PlayStation®Store across SCEE regions at launch, include Music Unlimited, Video Unlimited, Amazon/LOVEFilm service, vidZone, BBC iPlayer and Netflix along with many more. *4

Looking ahead, the PS4 system will evolve through PlayStation’s cloud gaming services, Based on Gaikai Inc.’s cloud technology, the services will enable users to have access to a catalogue of critically acclaimed PlayStation®3 (PS3®) games on the PS4 and PS3 systems, followed by the PS Vita system.

Sony Computer Entertainment Europe (SCEE) has launched the PS4 system with an integrated advertising campaign that puts the gamers at the centre. The ‘This is for the Players’ campaign showcases the future of immersive gaming and how PS4 has truly putting power in the hands of players, everywhere.  The campaign includes interactive online experiences, print, online teasers, TV and cinema spots, retail and promotional partnerships and OOH elements launched simultaneously in Europe, Australia, New Zealand, India, South Africa and Middle East.