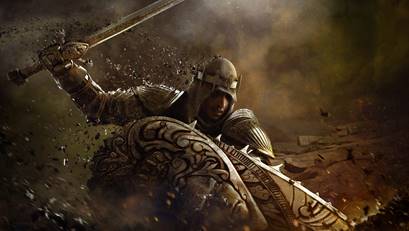 PlayStation Plus in February | For Honor and Hitman: The Complete First Season

Also coming from February, PlayStation will be expanding cloud storage space from 10GB to 100GB for all PS Plus members playing on PS4 – giving even more space to keep all those game saves. With cloud storage, you can save your game progress and character profiles on one system, and then continue the game on another system later without losing progress.

Witness the bloody brutality of the battlefield as history’s most iconic warriors come face to face. Choose between the agile Chosen, the brutal Warborn or the brave knights of The Legions and fight for land and glory. Combine cunning, strategy and team play with brutal hand-to-hand melee combat to bring your enemies to their knees Watch the trailer here.

Play as Agent 47 to take out powerful high-profile targets in an intense spy-thriller story across a world of assassination. The Complete First Season has over 100 hours of gameplay, featuring all of the Season One locations and episodes from the Prologue, France and Italy to Morocco, Thailand, USA and Japan. Watch the trailer here.

Head to the PlayStation Blog to find out more about the full line up of PS Plus games for February.

In the meantime, why not check out January’s lineup?