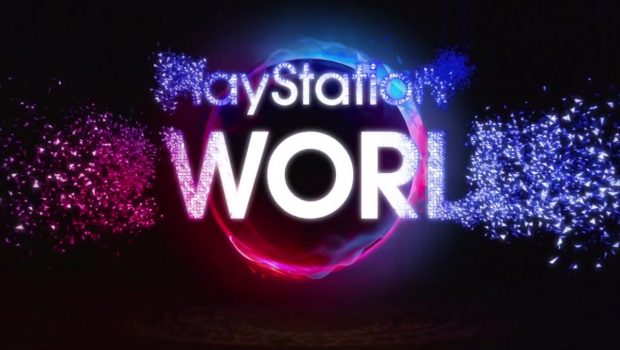 PlayStation Brings Show Stopping Line Up To EB Expo in 2016

Players will havethe chance to step into the immersive world of PlayStation®VR ahead of its highly anticipated launch on October 13 and be the first in Australia and to get hands-on with Call of Duty: Infinite Warfare Multi-Player

The PlayStation booth will give fans a sneak peek of the upcoming, highly anticipated titles for PS4. Whether players want to enter the post-apocalyptic world and reclaim the ruins of a forgotten civilization with Horizon Zero Dawn™, or sit in the cockpit and rev an engine in DRIVECLUB™ VR, there is something for everyone. Fans will also be able to get hands-on with Call of Duty: Infinite Warfare multi-player before the Beta opens on October 15th on PS4.

The spectacular line-up of games and hardware featuring on the PlayStation booth includes:

Powered by PS4, PlayStation VR is a virtual reality system that takes console gaming to the next level of immersion.

Cementing its position as the best place to play, PS4 titles to be showcased include:

For the first time in Australia, players will get a hands-on experience with Horizon Zero Dawn ahead of its anticipated launch in 2017. In an era where machines roam the land and mankind is no longer the dominant species, a young hunter named Aloy embarks on a journey to discover her destiny.

Horror Comes Home with Resident Evil 7: Biohazard. Ahead of its launch in 2017, experience all the terror directly from the first person perspective. Set in a foreboding, derelict plantation mansion in modern day rural America, prepare to be taken to a whole new level of immersive horror and terror with PS VR, as no Resident Evil you’ve ever survived can prepare you for this.

For the first time in Australia and New Zealand, WWE 2K17 will be available to play exclusively on the PlayStation Booth. WWE 2K17 arrives as the reigning and defending flagship WWE video game franchise champion with stunning graphics, ultra-authentic gameplay and a massive roster of WWE and NXT’s popular Superstars and Legends.

Patrick Lagana, Director of Marketing, Sony Interactive Entertainment Australia, said “this year’s EB Expo comes at a very exciting time for PlayStation and we’re really pleased to be able to offer attendees such a stellar line-up.  With titles from our first party catalogue as well as from our 3rd party partners across PS4 and PlayStation VR, 2016 is shaping up to be our best year yet!”

Also on the PlayStation Booth at this year’s EB Expo:

That’s not all! There’s more to be revealed so keep up to date with all the PlayStation news at EB Expo by following PlayStation Australia on Facebook, Twitter and Instagram.