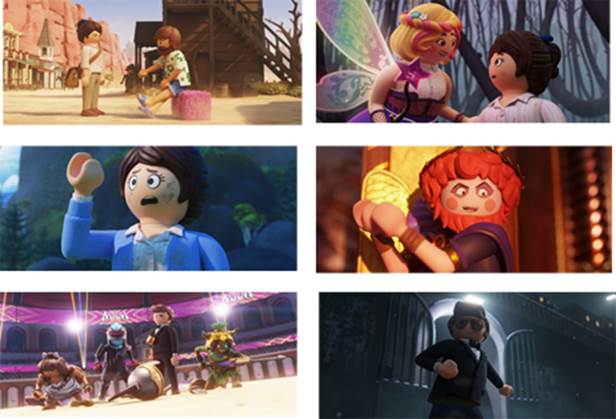 PLAYMOBIL: THE MOVIE takes audiences on an epic comedy adventure through a sprawling imaginative universe in the first-ever feature film inspired by the beloved, award-winning PLAYMOBIL® role-play toys.

Packed with humour and excitement the film combines endearing and hilarious characters, thrilling adventure and breathtaking scenery in this originally animated heart-warming tale.

When her younger brother Charlie (Gabriel Bateman) unexpectedly disappears into the magical, animated universe of PLAYMOBIL®, unprepared Marla (Anya Taylor-Joy) must go on a quest of a lifetime to bring him home.

As she sets off on a fantastic journey across stunning new worlds, Marla teams up with some unlikely and heroic new friends – the smooth-talking food truck driver Del (Jim Gaffigan), the dashing and charismatic secret agent Rex Dasher (Daniel Radcliffe), a wholehearted misfit robot, an extravagant fairy-godmother (Meghan Trainor) and many more.

Through their vibrant adventure, Marla and Charlie realize that no matter how life plays out, you can achieve anything when you believe in yourself!