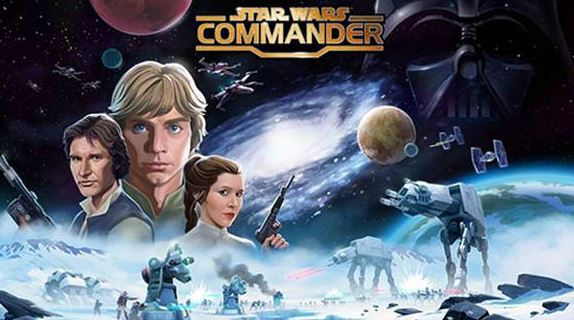 Players Battle Across New Planets in the “Worlds in Conflict” Expansion for Star Wars™: Commander

Disney Interactive and Lucasfilm Ltd. today released “Worlds in Conflict,” the largest update for Star Wars™: Commander since the launch of the game. For nearly a year, Star Wars: Commander has brought storylines, characters and battles to mobile with this strategy game, nearing almost 18 million downloads from fans and gamers across the globe.

Now, with a brand new design and Galactic Map, Star Wars: Commander has released the #1 most requested feature to the game, allowing players to relocate to, and battle across several iconic worlds in the Star Wars™ universe, spanning Hoth, Yavin IV, Dandoran and Er’kit in addition to the current planet of Tatooine. Fans will engage in new Planetary Conflicts for PVP victory bonuses and new planetary missions that will be introduced over time.

Important new features of the “Worlds in Conflict” update include:

Players can join the battle for control of the galaxy by downloading the game from the Apple App Store or Google Play.