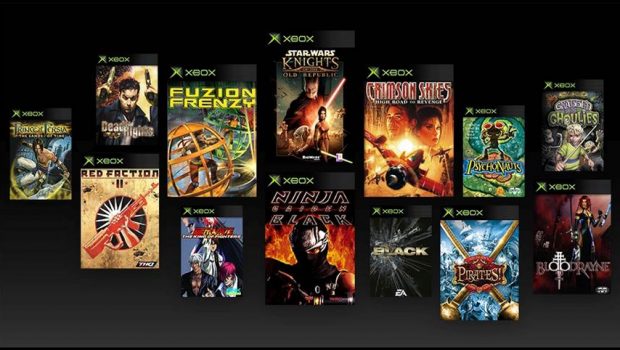 Play Three Generations of Games – Better – on Xbox One

Starting tomorrow, for the first time, you’ll be able to play three generations of games on one console – a curated list of Original Xbox classics like Crimson Skies: High Road to Revenge, Star Wars: Knights of the Old Republic and more will be available across the entire Xbox One family of devices. And when Xbox One X launches on Nov. 7, you can run select Xbox 360 games at higher resolution, 9X the original pixel count, and with expanded colour details. Xbox One X Enhanced Xbox 360 games will include favourites like Halo 3 and Fallout 3.

Compatibility is important to Xbox, to developers and their games, and our community. Preserving the art form of video games is part of our DNA, which is why Xbox One is the only console designed to play the best games of the past, present and future. We’re excited to continue to deliver on our vision of compatibility by adding Original Xbox games to the existing Backward Compatible library.

When the world’s most powerful console launches on Nov. 7, you will be able to run select Xbox 360 games at higher resolution, 9X the original pixel count, and expanded colour details. The team developed the Heutchy Method (after the engineer who created it) which leverages the power of Xbox One X to let the Xbox 360 emulator present the very best version of the game possible with the existing assets—all without touching the game code. The same method improves the graphics for Original Xbox games on Xbox One and Xbox One S.

Here are the Xbox 360 games that will join the Xbox One X Enhanced catalogue on Nov. 7.

We created the Xbox One Backward Compatibility program for our fans and we’re thrilled with the response we’ve seen – gamers have spent more than 700M hours playing Xbox 360 games on Xbox One. It’s been quite the journey; the team has worked tirelessly so you can experience your favourite games across generations on Xbox One. Original Xbox classics join more than 400 Xbox 360 games in the Xbox One Backward Compatibility program, which also means we’ll have our largest console launch portfolio ever when Xbox One X releases on Nov. 7.

If you’re interested in learning more about the story of Xbox One Backward Compatibility, we encourage you to read this exclusive article from IGN. To celebrate this release, we are inviting fans to join us on Mixer tomorrow at 11AM PT (Wednesday 5AM AEDT) for a special stream with the Backward Compatibility team. We’ll be joined by special guest James Ohlen, Lead Designer for Star Wars: Knights of the Old Republic, and will have giveaways, gameplay, and will be answering your questions throughout the stream.