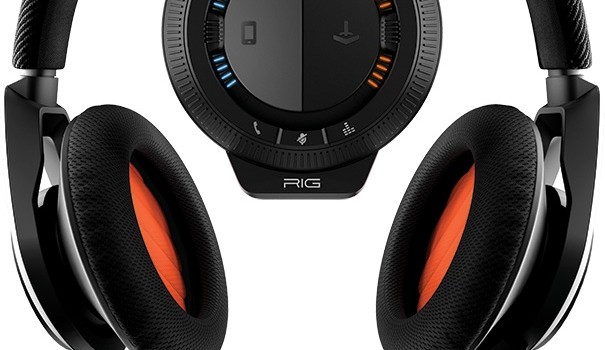 Summary: The Plantronics RIG Stereo Headset and Mixer is a very clever use of bridging a variety of sound systems together, especially the ease of changing between devices or even the ability of mixing your own music into games.

Welcome to a new generation of headsets with the RIG Stereo Headset and Mixer from Plantronics that allows you to connect multiple audio devices to headset to create a true holistic audio experience. Imagine playing games on your PC or console and when someone calls your mobile, one touch would allow you take that call without the need to remove your headset or stop hearing the game. Sick of the dramatic in-game music, the RIG will allow you to mix your own music to create your very own thumping soundtrack.

Best of all, the RIG produces crystal clear audio plus an interchangeable gaming boom mic and inline mic for true headset portability. The RIG definitely incorporates the social media phenomenon into its design and with its professional build, you’ll be gaming, listening to music, watching movies and talking to friends almost all at the same time. Four models are available that include Black (Universal), White (Universal), Black (XBox) and White (XBox). 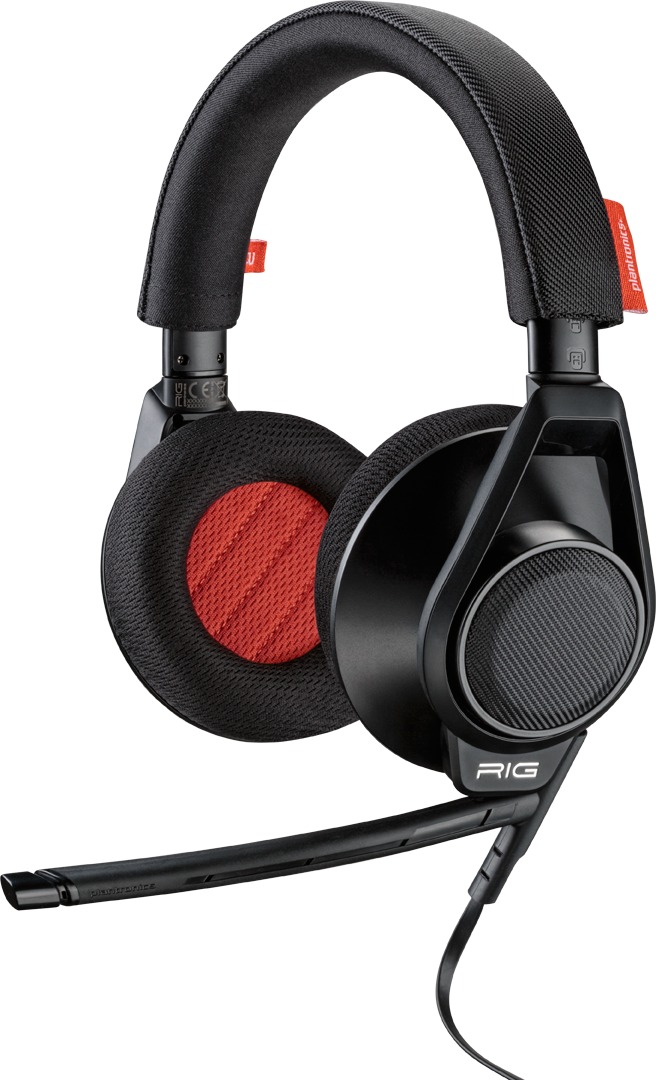 Installation of the RIG is very simply which connects to a variety of devices such as consoles (XBox 360 or PlayStation 3), the PC and Mac and mobile devices such as an iPhone or Android. To connect the RIG to your PC, you simply connect the USB/3.5mm cable to a spare USB port and presto, the connection is established. The USB connection is also used to power the RIG itself. It is a similar method for consoles which does not require any fiddling or adjusting settings as the RIG works straight out of the box.

Then you can connect a tablet or your mobile phone into the RIG so if someone calls, whether it’s voice or video, a simply push of the button allows you to answer the call. Another great aspect about the RIG is that the headset will alert you to a call or social media notification and if you do take a call, you can still hear the game as well. The equalizer also supports three modes that include pure, intensity and seismic which create clearer audio depending on your preferred choice. By creating these on the fly option, it does make things considerably easier for the end-user.

The first thing you will notice about the RIG is the streamlined design that is actually quite comfortable to wear, especially with the inclusion of the memory foam earcups. There is also some padding on the headband which means whether you are playing short or long gaming sessions, the comfort of the user is definitely put first by Plantronics. Although the headset cannot fold, the earcups do swivel to allow the unit to be stored.

Then you have the mixer itself (the RIG) which is a small disc shaped unit which is used as a central bridge between all audio devices. There are two cables that come out of the RIG, one smaller 3.5mm cable which is ideal for smart phones or the longer cable which has both the USB and 3.5mm audio connections for the PC/Mac and consoles. The RIG even supports optical but an additional cable is required for this. It should also be noted that the inclusion of the optical cable does not create faux surround sound either. 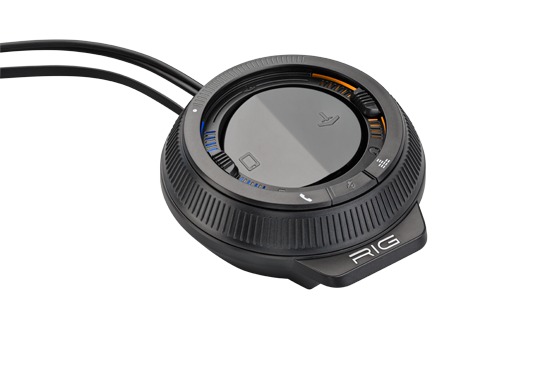 Using the RIG’s mixer is quite simplistic, especially changing between devices thanks to the large black button. Below that are three buttons that are then used for answering/disconnecting, muting the microphone and switching between the equalizer presets. There is an outer ring around this which controls the volume plus inside the ring are two levers which allow you to mix the audio. In essence, the RIG’s mixer is a well thought out piece of the technology that works on so many levels.

The audio quality is quite decent on the Plantronics RIG Stereo Headset with good audio levels, without much distortion thanks to the 40mm drivers. The bass of the headset worked well, especially with games such as Call of Duty and more specifically with music. We tested the headset on a variety of music genres which performed well, especially the vocals. Games were equally as impressive, particularly the newly released Grand Theft Auto V that produced the perfect balance of faux radio stations and in-game sound effects. 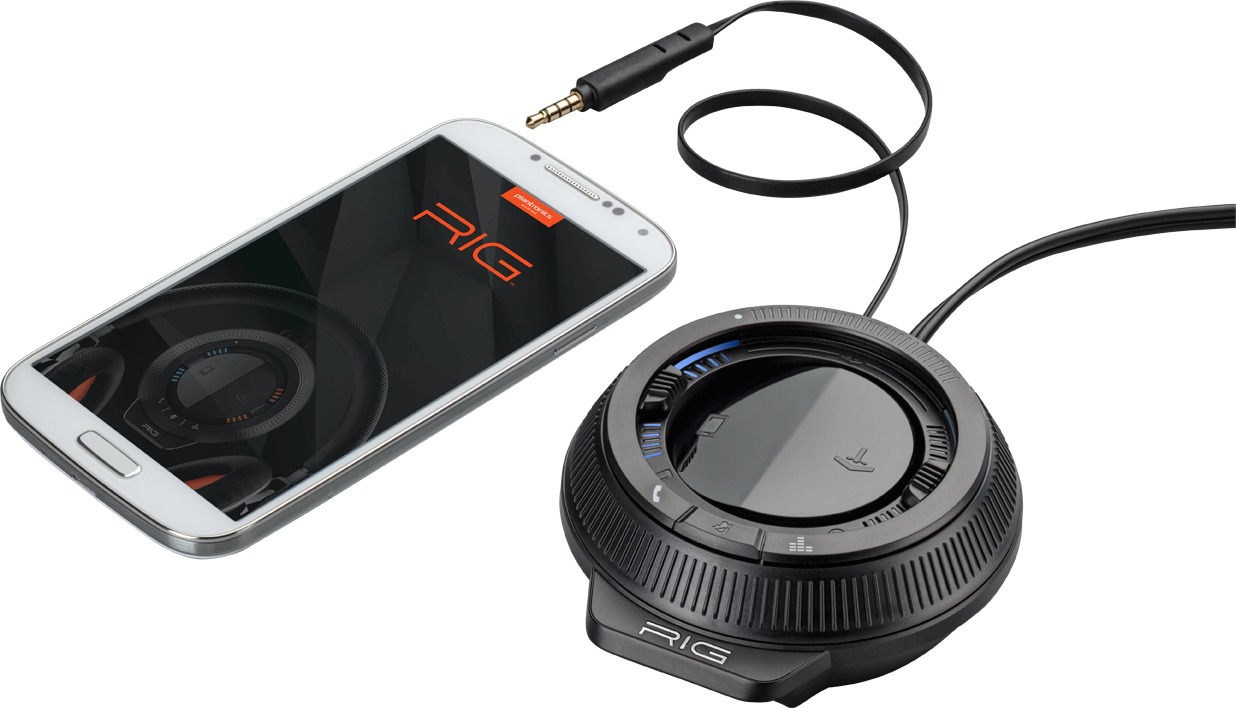 The Plantronics RIG Stereo Headset and Mixer is a very clever use of bridging a variety of sound systems together, especially the ease of changing between devices or even the ability of mixing your own music into games. The mixer itself is extremely easy to use and the headset is quite comfortable that can easily be adjusted to fit your head size. Although the quality may not be as good as a $200 gaming headset with surround sound, it is more targeted to the multifaceted user who does not want to get bogged down with a myriad of different headsets. However the Plantronics RIG Stereo Headset and Mixer won for us was the flawless switching between devices and the ability to create your own soundtracks for games. Perfect for people on a budget looking for quality as well!