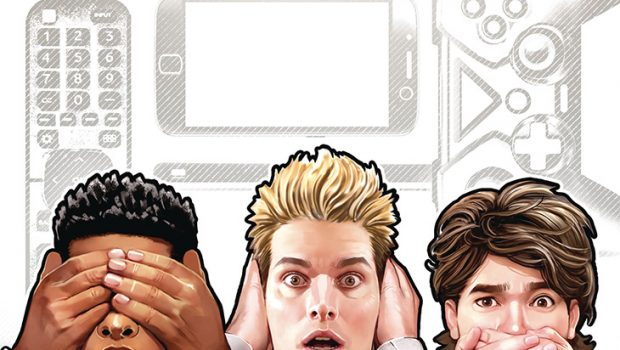 Planet of the Nerds #1 Review

This is a new series launching from Ahoy Comics.  It focuses on three teen jocks from the 1980’s that are frozen in an experimental cryogenics experiment gone wrong.  The trio wakes in the present day to discover that the world has changed, and is now ruled by the Nerds!

This is a pretty good-looking book.  The settings in particular are very well drawn.  Robinson and Elliott really do a great job at capturing the feel of the 80’s.  The school looks and feels like it came right out of the 1980’s, with the brick work, the lockers, and even the floors being consistent with that era.  Even the theatre and cars harken back to that decade.  Both artists also do a great job in dressing the cast in era appropriate clothing and hairstyles.  If you remember that decade at all, they weren’t always good looks! 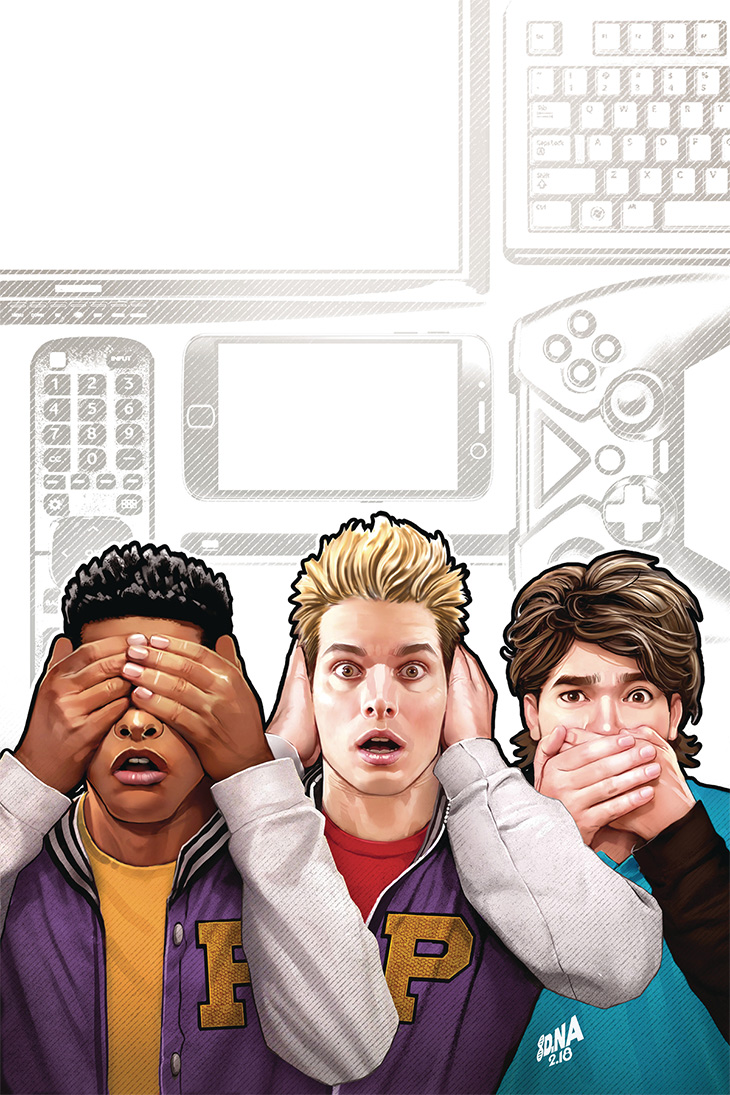 The characters themselves look pretty good.  Robinson in particular does a great job of making the head jock, Chad, look like a raving lunatic.  Alvin on the other hand, comes across as a pathetic nerd, with oversize glasses, mismatched clothing, and a generally slovenly appearance.

Overall the art is really consistent throughout the book, even with two artists splitting duties in the two main stories.  The colour work is good, supporting the art but not overly standing out. 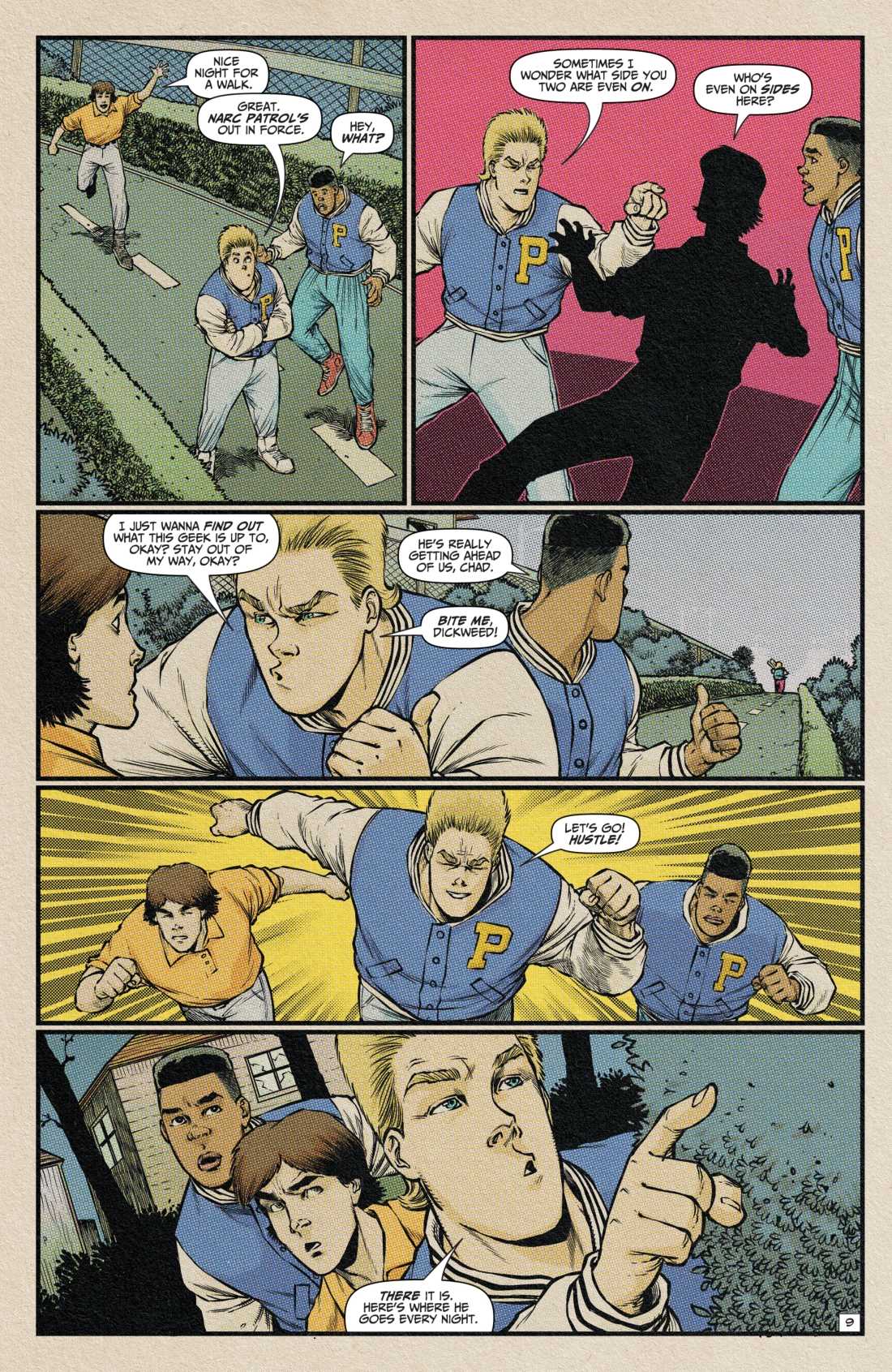 The book focuses on Alvin, a rather snivelling and pathetic nerd, and a trio of jocks led by Chad.  It opens with Chad attacking Alvin, knocking him to the ground and bloodying his nose.  Steve and Drew try to talk him down, eventually re-directing his focus elsewhere and allowing Alvin to escape.  Next, we move to Steve at the theatre with a date, and we find that he is the most sympathetic towards Alvin, and doesn’t understand his relentless hatred of the poor nerd.  He seems somewhat awkward around his date, almost like he’s being foreshadowed as being gay.

The date comes to a close when Steve spots Drew and Chad following Alvin, as he wants to intercede and make sure Alvin isn’t hurt.  They follow Alvin to his lab and are frozen in an accident, only being woken up in the future. 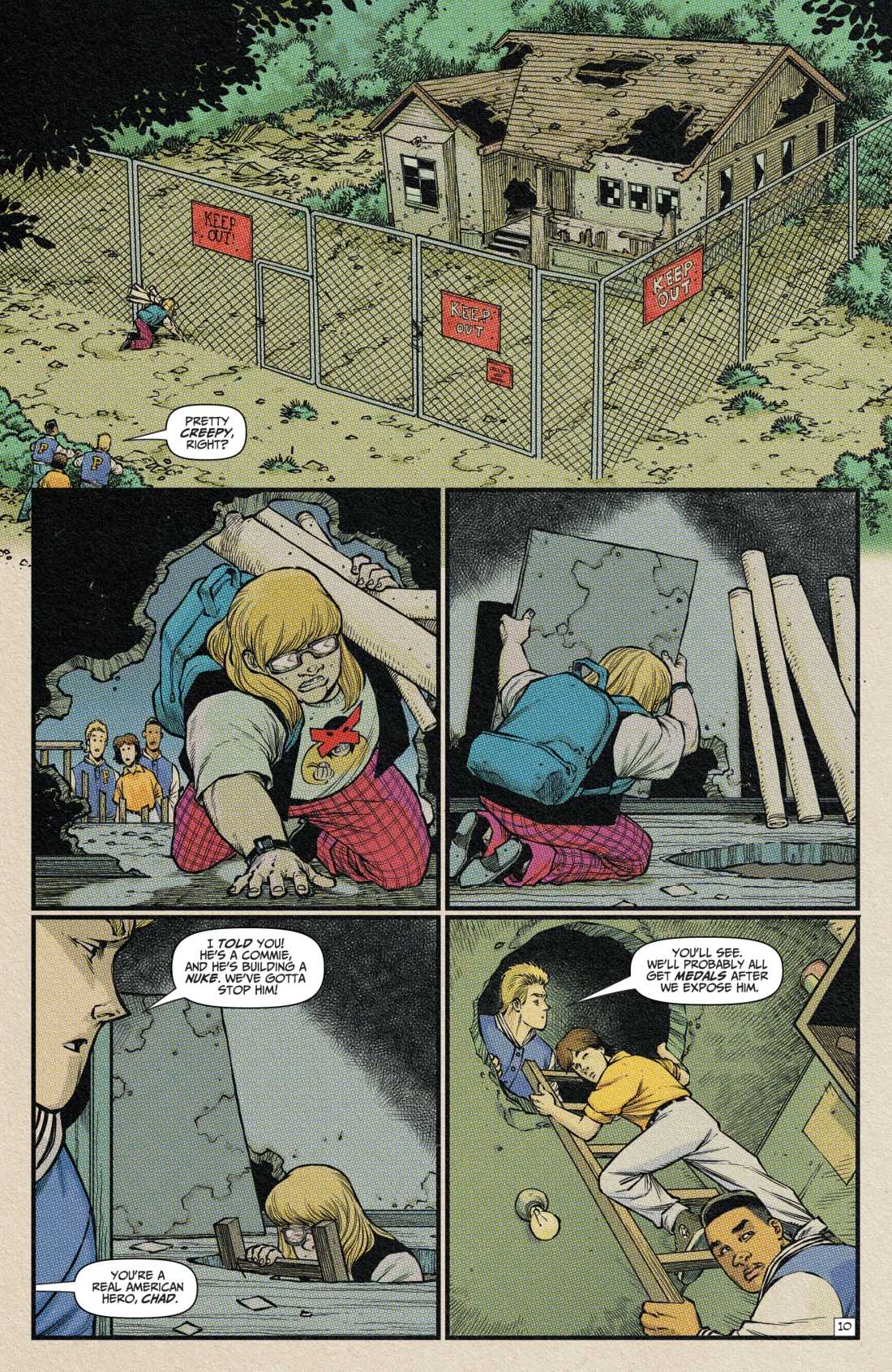 Ahoy Comics also includes some extras in their issues.  The first is a letter from someone regaling an experience with a bully from their youth.  The contributor also includes a follow up where they ran into their bully as an adult that shows karma does exist.  As well, there are two short stories that while short, are both good reads.  They are sci-fi stories that are quick and well paced.  The extras really do add to the overall quality of the book.

Overall this is an average book.  The art is the strong point of the book, bringing the 1980’s to life and providing an easily recognizable and real-feeling world.  The characters look good, and the art has feeling and emotion.  Unfortunately, the story isn’t as strong.  It’s feels like a typical jocks vs nerds sort of story, with the lead antagonist being less a bully and more a psycho with a rage problem.  This might have worked a little better had Alvin been written with any redeeming qualities.  But once he begins cursing out the girl he likes simply because she didn’t react to him the way he wanted her to.  Yes, he’s portrayed as a genius, but other than being smart and awkward there really doesn’t seem to be much to him.  The letter from a reader was far more engaging than the entire Jock vs Nerd story in the issue.  It had heart and feeling that the story itself was lacking.

This book has great artwork, but a rather generic story with forgettable characters.  2 out of 5 stars.

Art: Alan Robinson(Planet of the Nerds) 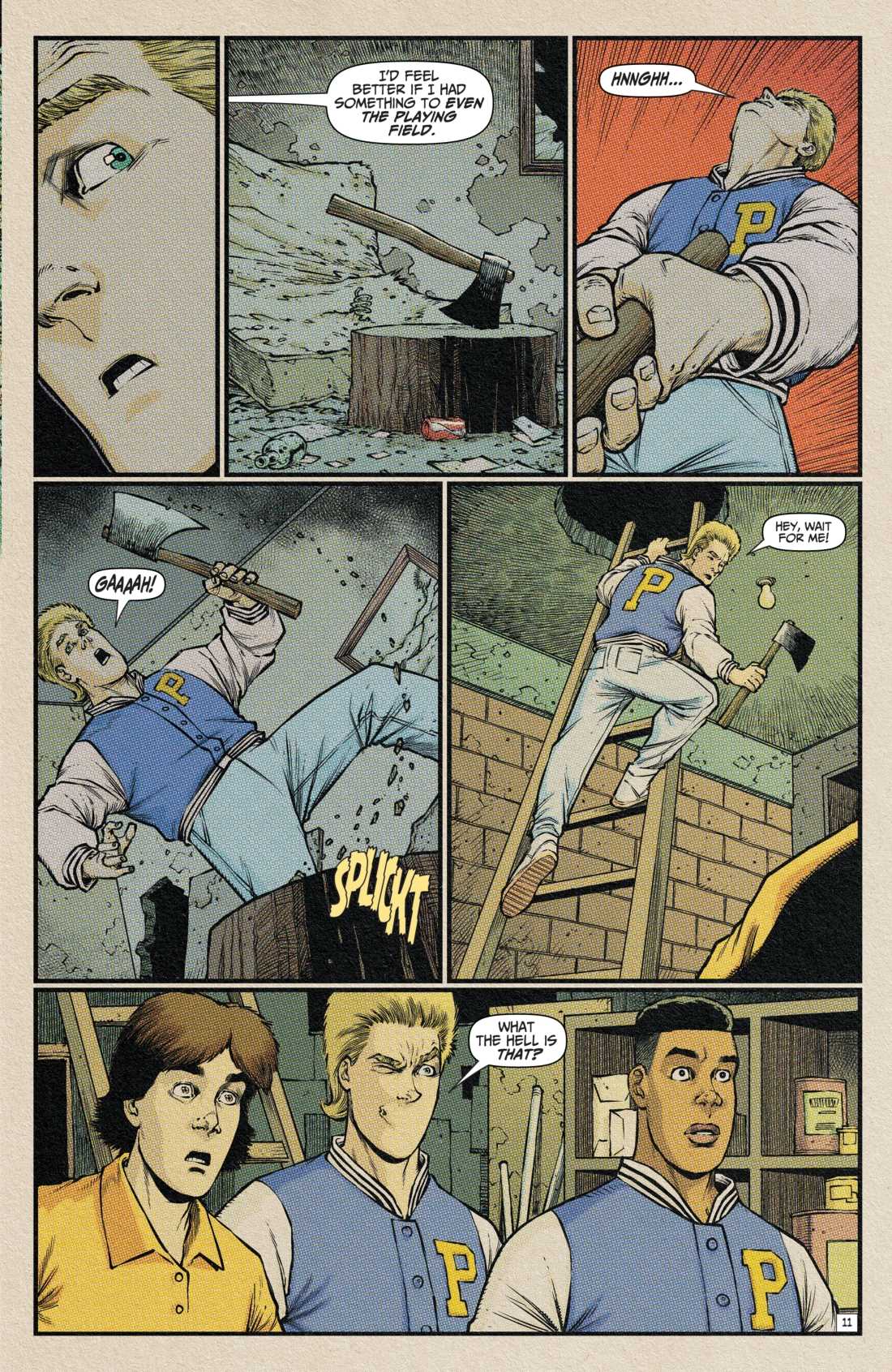