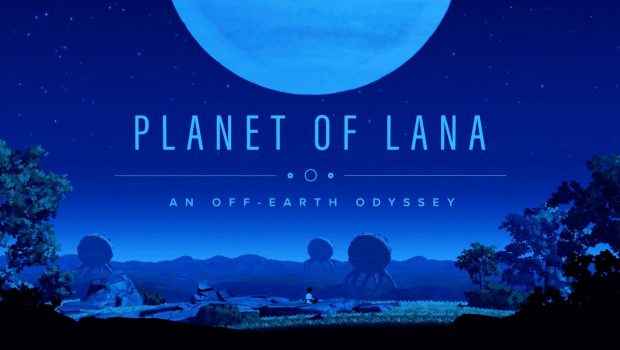 Thunderful and independent developer Wishfully Studios have released a new gameplay trailer for their highly anticipated cinematic puzzle adventure Planet of Lana. This breathtaking new trailer, which debuted today at the Future Game Show, offers the most diverse and in-depth look at the beguiling adventure to date.

The new gameplay trailer shows off more of the lush green forests and awe-inspiring deserts revealed in previous trailers, as well as giving us an intriguing peek at humid swaps and darkly atmospheric caves. Even more exciting are the hints the trailer offers as to what you can expect to be doing when you jump into this stunning artistic creation later this year. We see how Lana and her cat companion Mui must work together to deal with the many hazards and puzzles in their way, Mui’s ability to influence the natural environment proving particularly useful on this off-earth odyssey. From hazardous platforming, to spindly-legged stalking robots, from cave-dwelling creatures, to towering monolithic walkers, Lana and Mui have both wondrous sights and a diversity of dangers ahead of them.

Set on an alien world, Planet of Lana tells the story of Lana and her loyal animal companion Mui as they embark on a rescue mission to save her sister. This touching tale is experienced through the lens of a cinematic side scrolling gameplay format, as players explore a colourful world full of stunning environments, strange creatures and dangerous machines. From a gameplay perspective, Planet of Lana is an adventure filled with daring platforming, engaging puzzles, tense stealth sequences and a companion mechanic that connects Lana and Mui, allowing for unique gameplay and story moments using their abilities in tandem.

Planet of Lana’s soundtrack is composed by D.I.C.E. and BAFTA-nominated composer Takeshi Furukawa, known for his work on The Last Guardian. This off-world odyssey is tied together with a completely unique visual style that combines hand-drawn artwork, complex parallax layering and subtle use of 3D graphics to give the look of an interactive painting. On high-end PCs and Xbox Series X, Planet of Lana will run at a native resolution of 4K (2160p) at 60 frames per second, allowing its incredible artwork to come to life.

Planet of Lana’s stunning hand-painted visuals, unforgettable story and epic soundtrack will be coming exclusively to Xbox Series X|S, Xbox One and PC via Steam® and the Windows 10 Store in late 2022.