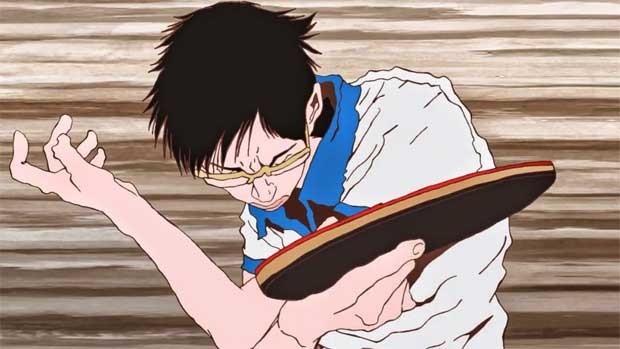 Summary: Ping Pong The Animation is a beautifully presented anime release about two friends and the sport of ping pong

Okay… for some reason I’ve been dying to see this anime and even though it’s based around ping pong, there was something intriguing about its presentation, the characters and the story. It also helps that director Masaaki Yuasa (The Tatami Galaxy) is behind Ping Pong the Animation who has this unique method of taking something normal and turning it into something really special and this current release is no exception to that rule. 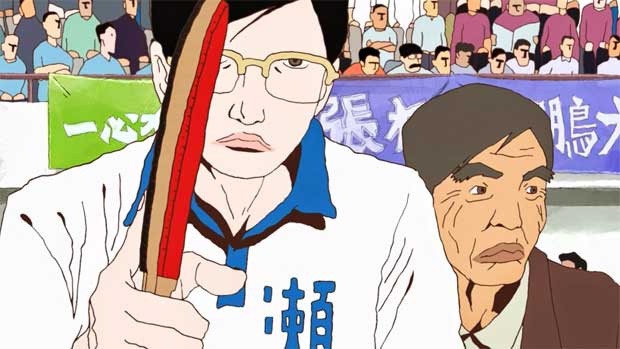 The story behind Ping Pong the Animation is quite an emotional one and even had me tearing up on a few occasions. It revolves around two high school boys, Peco (aka Yutaka) and Makota or as his friends call him Smile who have been close friends since childhood. Both friends have an amazing talent and that is ping pong or table tennis. As a result, they have become quite adapt at this sport but their friendship is thrown into turmoil when they have to challenge each other in tournaments. Will there friendship prevail or will their thirst for victory win?

Although the story does revolve around ping pong, it is the journey of these two friends that is the highlight of this anime tale and watching them grow as it all progresses. Besides the two protagonists, Ping Pong the Animation focuses on other characters that features their motives, emotions and dreams and director Yuasa introduces them quite well into the story, especially the competitive world of ping pong. However the central theme is about Peco and Smile which is where this anime shines. I also like how Makota was given the name “Smile” because he is an emotionless character who loves video games and accidentally stumbled upon ping pong thanks to their coach.

Peco on the other hand is the polar opposite of Smile and really loves the sport of ping pong who definitely takes table tennis a little too serious. So when Peco finds out that Smile has been given a chance to play ping pong, this causes mixed emotions for him because he wants nothing more to win, even putting his friendship aside in order to succeed. However both characters rely on each other and watching their friendship stretched is quite an insightful and meaningful experience. 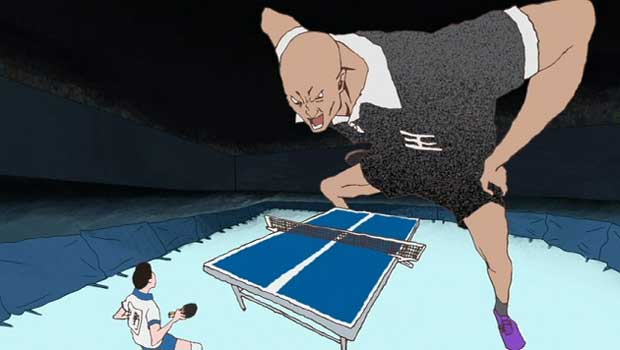 With that said, there’s some other characters thrown into the mix who are also ping pong stars like “Dragon” who is considered the master of table tennis or Kong who likes to trash talk.  Needless to say, it’s a wonderful mix of characters who all add something to further the plot and I must commend the director on creating such a compelling story revolving around this sport. Sure, it has its clichés and stereotypes but overall it’s a very well written anime that looks amazing on Blu-ray with great character development, story progression and some interesting and amusing twists and turns along the way.

Another interesting element of Ping Pong the Animation are the amazing visuals that use both hand drawn animation with CGI that creates compelling visuals, especially the action scenes that of course revolve around ping pong. Character design is also quite stylised and while watching this Blu-ray, it’s like hand-drawn animation come to life that will definitely leave you quite satisfied from start to finish. The visual narration is a key to the success of Ping Pong the Animation that goes hand in hand with the overarching story. Audio is equally as impressive and the commentaries on this release does serve as a further insight into this Blu-ray release. 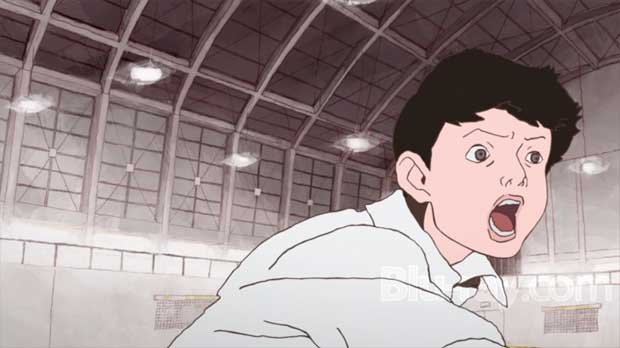 Ping Pong the Animation is a moving story about friendship and coming of age which includes some interesting characters that revolve around the sport of table tennis. It’s well presented on Blu-ray with some exceptional animation that will draw you from the start and have you glued to the screen even when the end credits come up. It’s emotional, it’s funny and features some great drama that sets this anime apart from others. If you see one movie is 2015, Ping Pong the Movie should definitely be on that list! 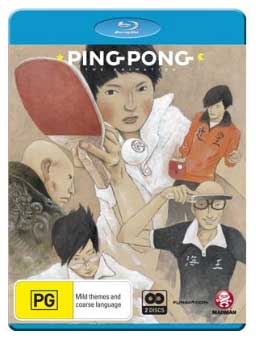