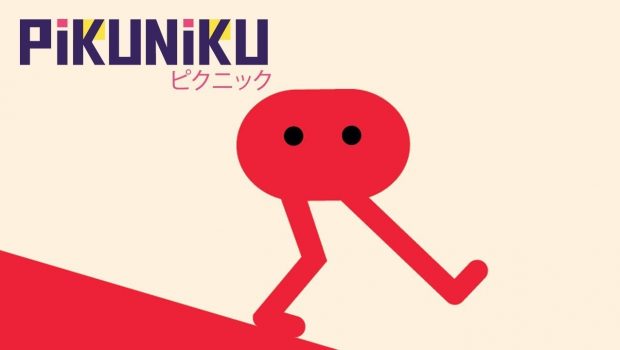 Summary: Pikuniku is a vibrant, simplistic adventure platformer with a great sense of humour.

Whoever decided to release Pikuniku in January of 2019 is a genius. As the collective gaming community recovers from a deluge of exhausting AAA titles released for last years holiday period, along comes Pikuniku – an adorable, light-hearted platformer with a great sense of humour and simplistic gameplay. A nice little pallet cleanser to kick off 2019. 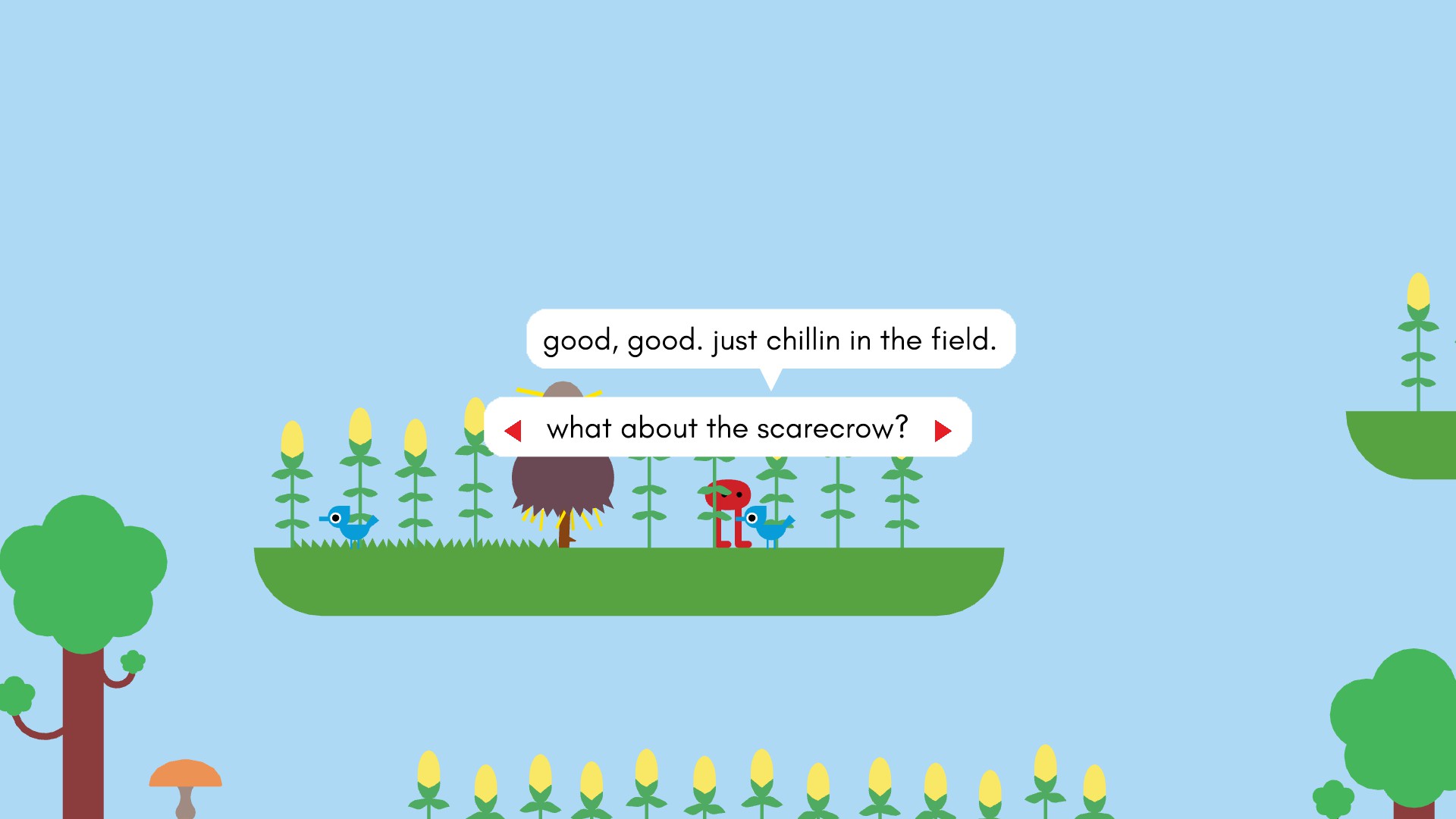 Pikuniku is what you get when you combine equal parts traditional adventure game with 2D platforming mechanics and a nice helping of Adult Swim-style humour to top it all off. The story follows our bumbling protagonist Piku, a small red creature with two legs and eyes, as they travel across a colourful island completing tasks at the behest of various characters encountered out in the world. These tasks begin with a request to simply repair a broken bridge, and ultimately ends with you embroiled in a plot to take on an opulent industrialist with plans for world domination. 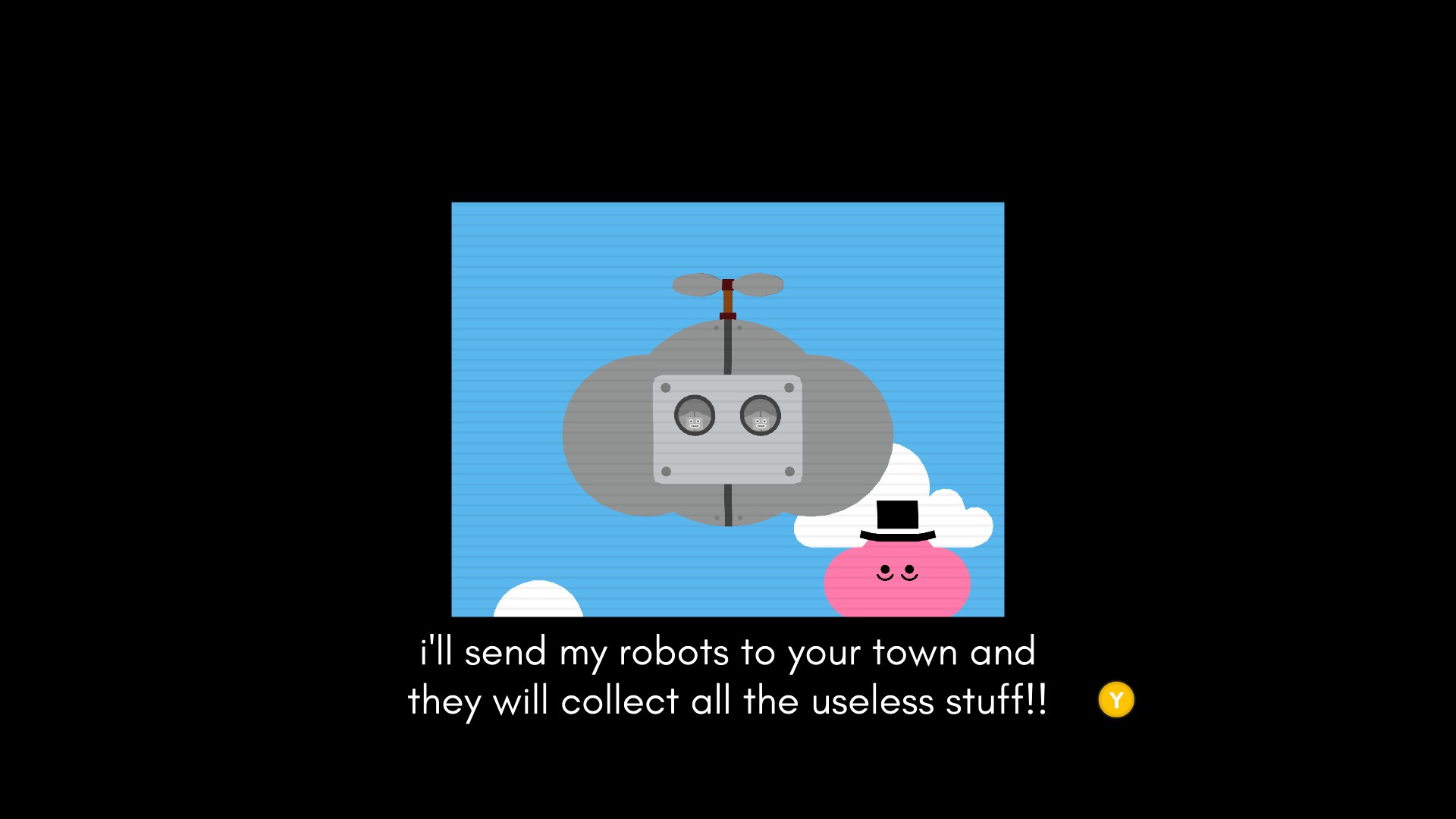 The specific plot points of the story aren’t particularly thrilling, but the writing of the characters and the humour that seeps into every situation is truly captivating. Perhaps it’s unintentional, but there’s an element of comedic timing to the dialogue exchanges that had me frequently laughing out loud throughout the entirety of the four-hour experience. It’s also refreshing to see humour in a modern video game that doesn’t rely on references to the latest memes or internet slang. 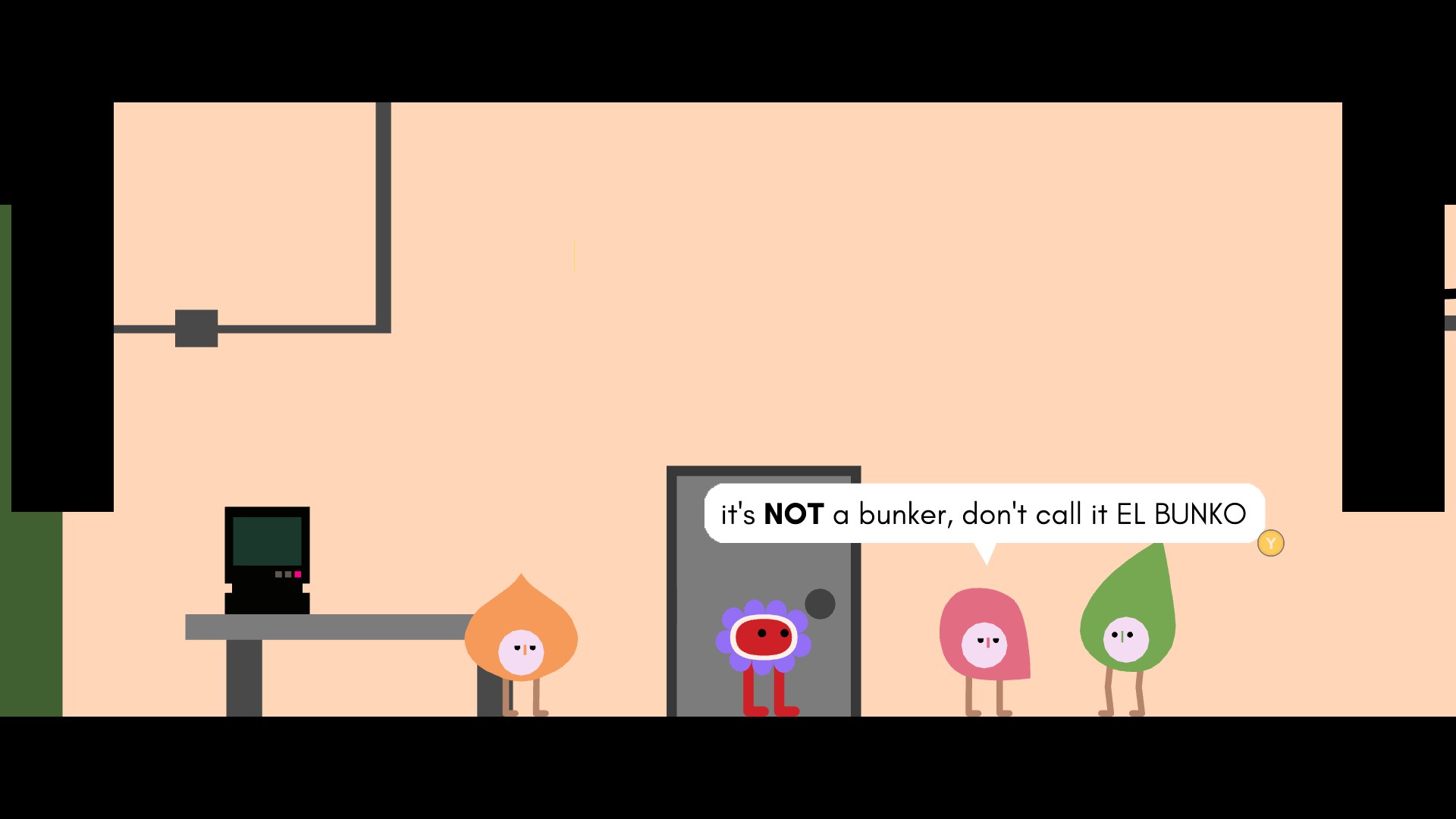 It’s a good thing the writing and humour in Pikuniku is so strong because the platforming and puzzle elements leave something to be desired. Being an armless biped, Piku’s abilities are limited to jumping, kicking and tucking into a ball to roll around. There’s some odd 2D physics at play here, which makes jumping feel a little too floaty and also causes Piku to tumble around upon landing. This inevitably makes the platforming feel somewhat imprecise and clumsy. Thankfully, the platforming challenges presented along the main story path are all quite simple, so these physics issues won’t sour the narrative experience. 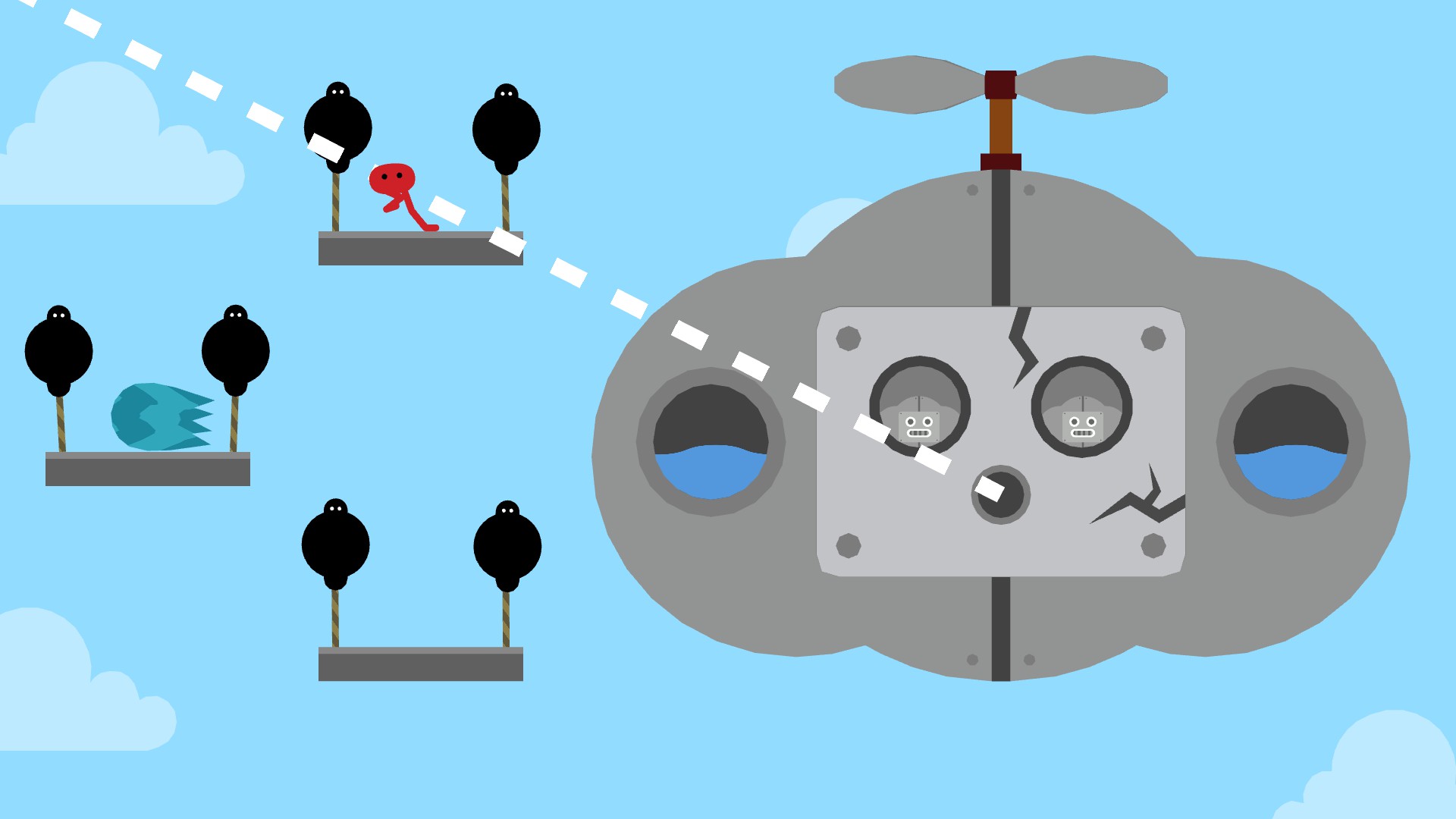 It isn’t until you begin attempting the handful of challenge rooms hidden throughout the story, or Pikuniku’s two-player cooperative mode that these odd physics become more of an issue. The challenge rooms are a collection of difficult, arduous platforming challenges that require precise movements and timing to get through, and reward a collectible trophy upon completion. The two-player mode sees each player take control of either Piku or the yellow counterpart Niku, and attempt to complete a number of bespoke challenges that are separate from the main story. This two-player mode is good for a few laughs initially, but the enjoyment eventually wears thin as frustration with the physics is likely to soon set in. 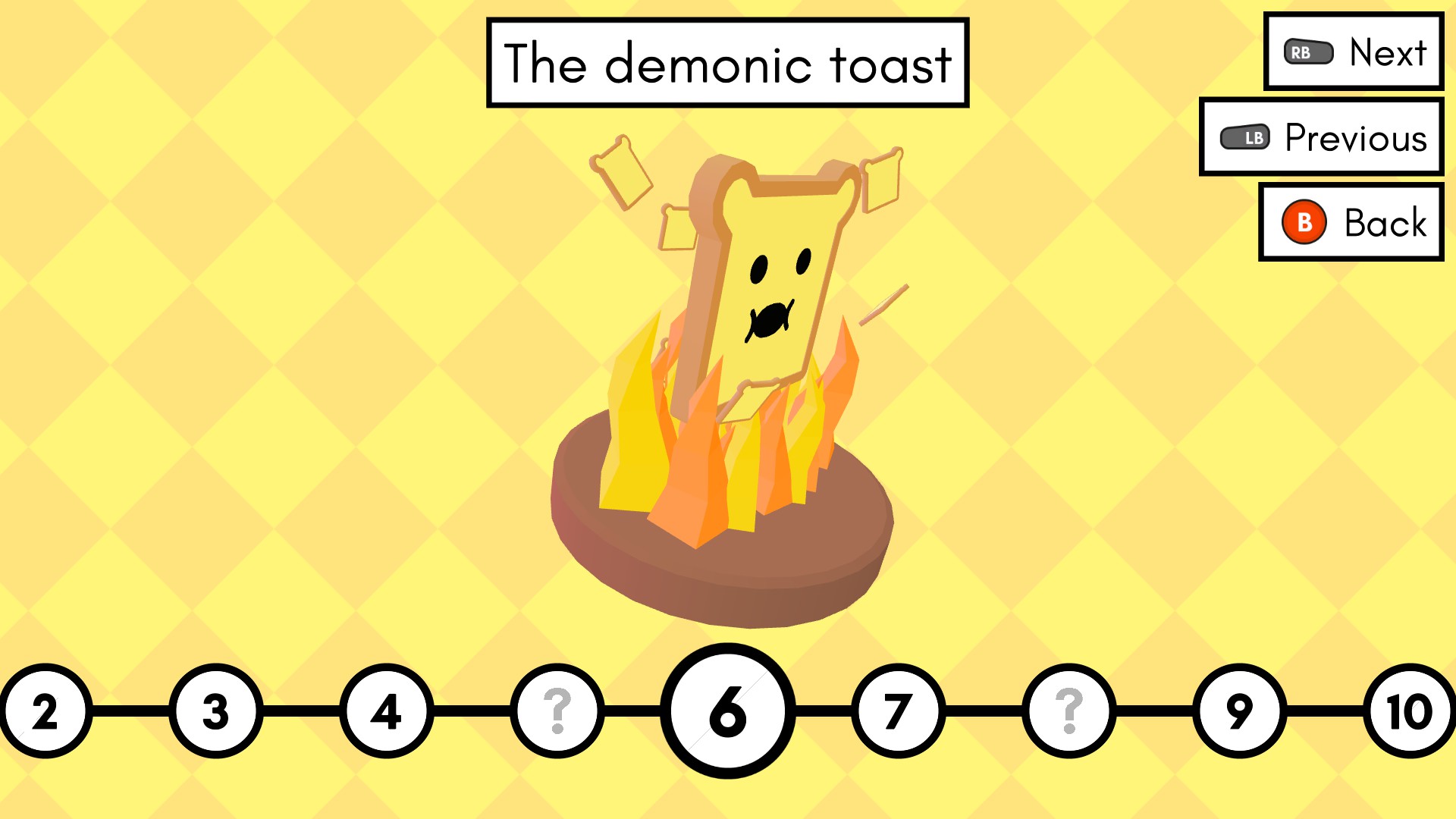 A colourful, simplistic art style ties these various aspects of Pikuniku together in a really fun way. The various set pieces and backgrounds are all constructed from untextured, angular shapes of bright colour, which at times makes you feel like you’re interacting with an adorable children’s picture book. There’s also a fantastically cheerful, boppy soundtrack that perfectly captures the tone of the humour and adds to the vibrant sense of youthfulness that the visuals provide. 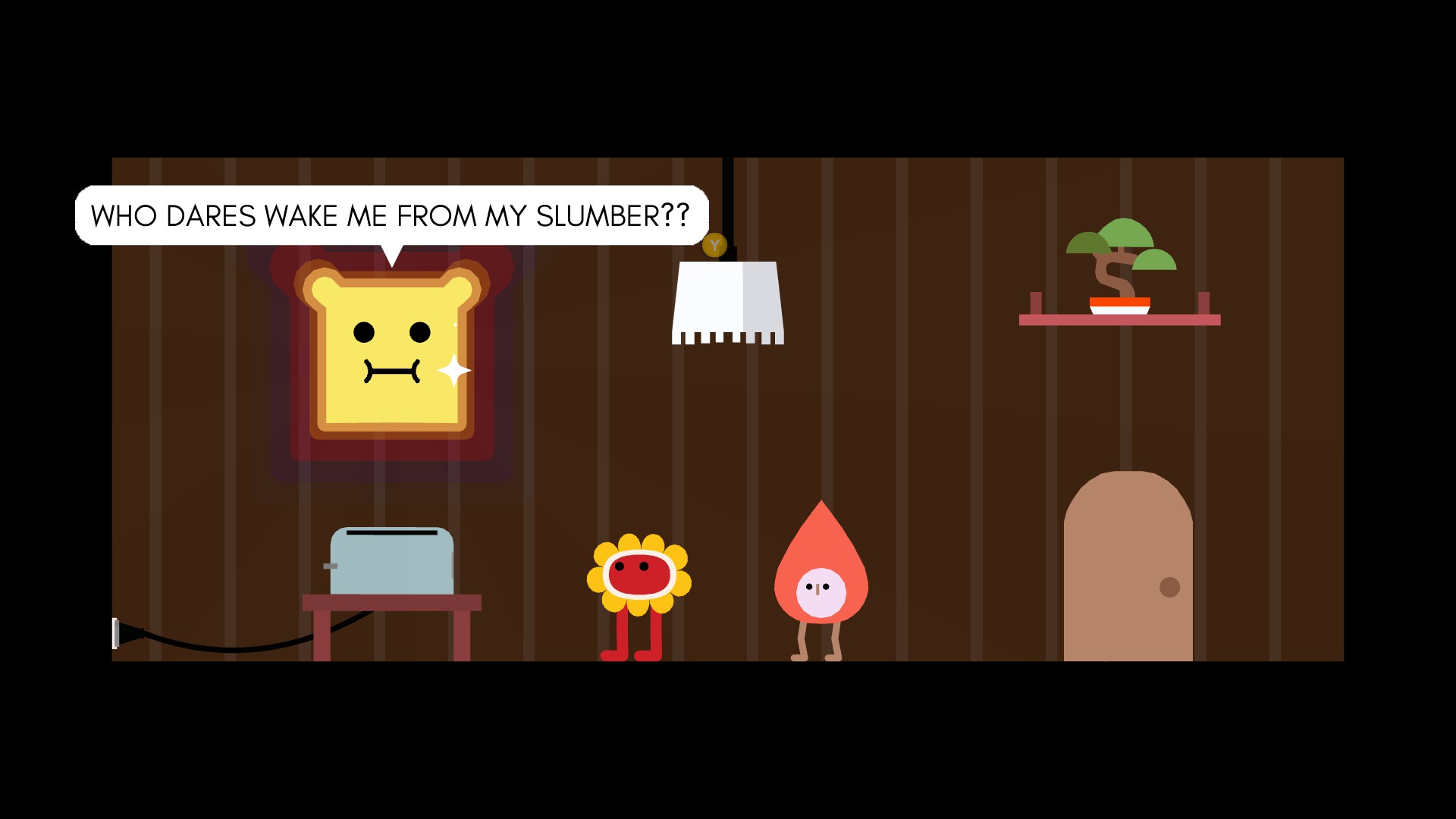 Even though the platforming doesn’t feel quite right and the puzzles are a little too simple, Pikuniku’s vibrant, whimsical aesthetic gives the game a charming sense of playfulness that almost completely mitigates these issues. When you’re running around with these colourful characters, watering flowers as a jaunty tune plays in the background, you don’t care that the jumping feels a little floaty or that the solution to the next puzzle is so obviously signposted. Pikuniku is the perfect remedy for a stressful day – check it out if you’re looking for something simple, colourful and genuinely funny. 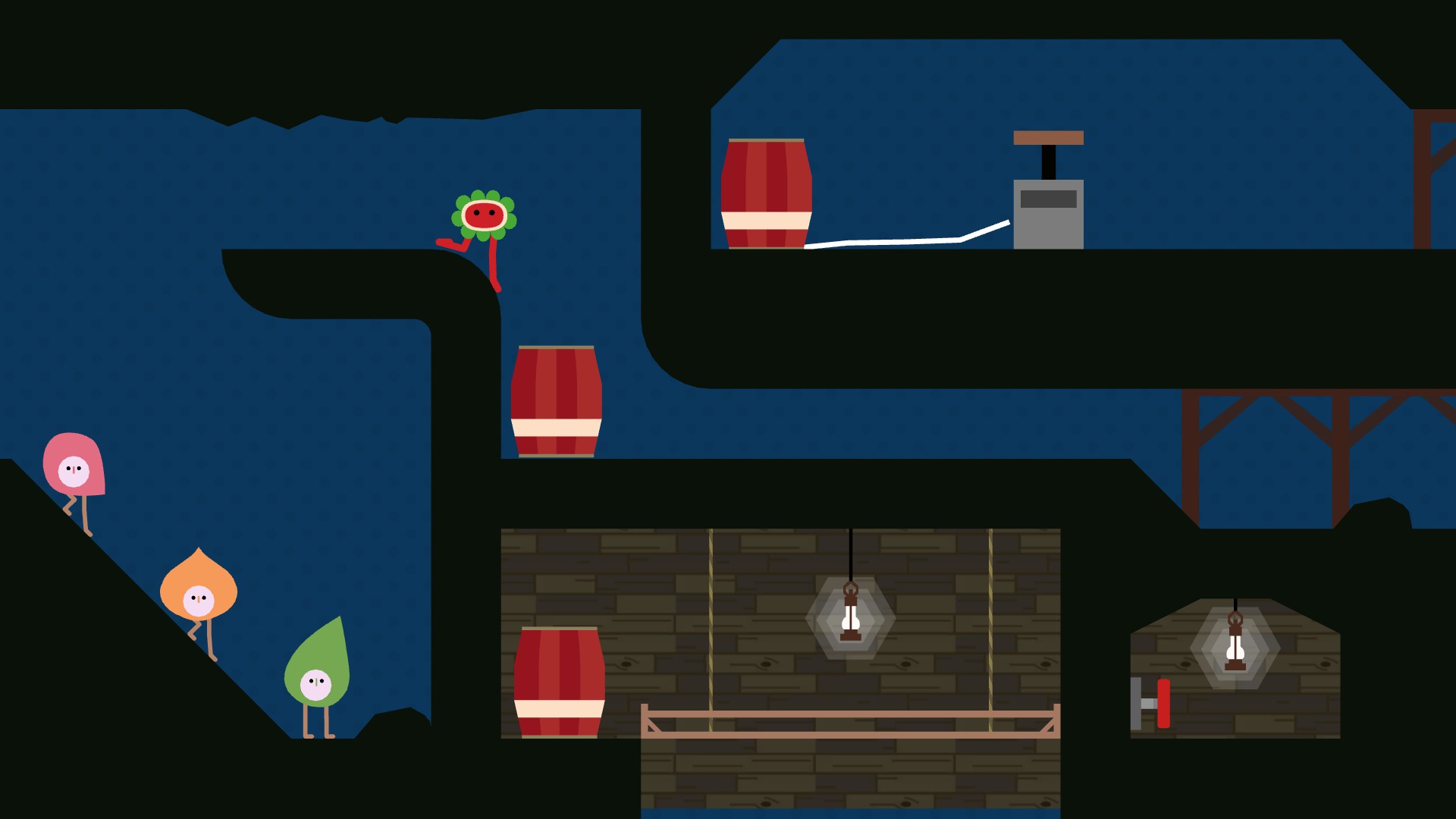