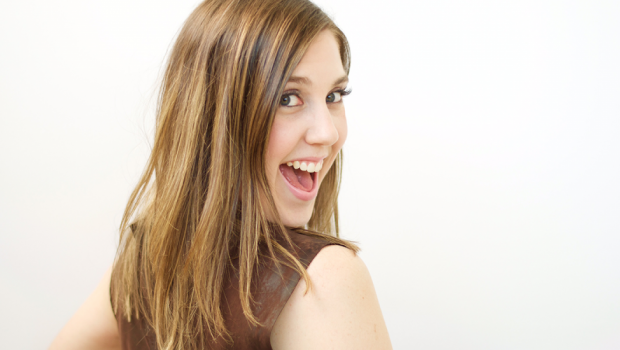 Tell us a little about your new live podcast show at The Comic’s Lounge Sunday 31 March (2pm) – what can the audience expect?

My last live show I curated and customised a Train Wreck Bingo game, and I went into it absolutely convinced that no one else could possibly be as ill-fated as me and there was no chance I could be beaten at my own game. Turns out I was wrong and because I’m competitive AF, I’m scrapping the game. I don’t want to say too much, so I’ll just say much. There may or may not be surprise guests and an interactive lesson/demonstration…

Where did you get your inspiration from to create Confessions of a Twenty Something Train Wreck?

Professionally speaking, I’m the polar opposite of a train wreck and I’ve hustled incredibly hard to have the career and successes I have today. But in turn, my permanent state of professional over-commitment, means that my personal life is in a permanent state of chaos. Every time I catch up with girlfriends, I without fail always have a Ripley’s Believe it or Not style story to tell and it became a running joke that I should have my own reality TV show. Turns out I don’t have enough siblings or a face that’s commercially viable enough to sell lip kits or teeth whitener on instagram to score a deal, so I tried to write a book about it instead. And then… Ripley’s Believe it or Not, the USB it was saved on snapped, so I decided to turn it into a podcast and the rest as they say (who is they anyway), is history.

If you could watch yourself perform and yell out a heckle, what would it be and why?

YASSSS KWEEEEEN. I heckle my listeners with that at LEAST once an episode, so technically speaking, it would be more of a boomerang heckle.

What do you like about the podcast platform? Would you change anything about it?

For me, it’s the platform that allows me to be my most raw and authentic, which is what I attribute to my success. We live in a word that’s so edited and while admittedly I do I filter the shit out of my instagram photos, for some reason when I’m in front of the mic, I lose the need to want to be’ ‘perfect’. It’s okay not to have it altogether all the time and I think it’s important for people to realise that life isn’t always what we make it look like on social media.

What podcasts do you listen to?

I’m about 27 years late to the party, but I’m really into true crime at the moment. I have a crazy addictive personality and because I’ve binged listened to SO much Casefiles in the last few weeks, I’ve literally found myself narrating my own episodes when I do anything remotely eerie, which to me is like going to the bathroom in the middle of the night or walking 30cms alone through a dark carpark to get to the gym in the morning (can’t half tell I’m scared of the dark?)

Lastly, how would you sum up your show in a Tweet?

All aboard the Train Wreck express…