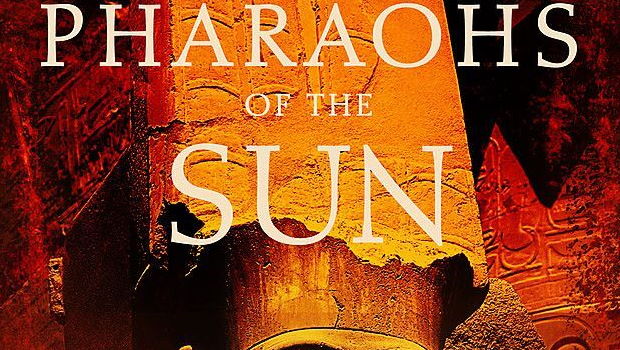 Pharaohs of the Sun Book Review

Summary: A look at the larger than life rulers of Egypt's 18th dynasty.

If asked to name and ancient culture that has stood the test of time and fires the imagination when mentioned, it’s hard to go past ancient Egypt. The visuals of the wealth of king Tutankhamun’s tomb obviously stands out in many people’s minds, but he is just one of many larger than life characters who ruled Egypt during the 18th dynasty and Guy De La Bedoyere explores how these people came to power and their legacies for better and for worse.

100 years since the discovery of king Tutankhamun’s tomb seems an apt time to delve into the rulers of Egypt between the years 1550 BCE and 1295BCE (approximately). We commonly think of the amazing statues and buildings, the strikingly preserved mummies and the lavish funerary decorations, less often do we think of how or these things were built or could be afforded… Pharaohs of the Sun digs into the details of the era to create profiles of the rulers and the way they left their mark on the world.

Creating monuments and temples was an expensive and labour intensive task, to achieve these goals Pharaohs had to invade neighbouring lands to plunder wealth and acquire slaves who could be put to work constructing the phenomenal monuments designed to immortalise these rulers. We are taken on intimate explorations of family lines and see how wealth and power was kept to a small group within Egyptian society. The plundering of tombs is explained as not always simply a case of random people taking what they can for personal wealth, but evidence suggests it was also performed under (perhaps hushed) official demand in order to cover the costs of the latest rulers building projects.

The only issue I had with the book is occasionally DNA tests are mentioned, or some other form of scholastic opinion is expressed and dismissed, sometimes with a bit of information as to why Guy De La Bedoyere thinks it is not worth considering, but it feels like there is more to the dismissal. Having studied archaeology briefly (more than 20 years ago now), I remember being taught that it was not uncommon for people to publish papers in which they would lean towards more “impressive” sounding results eg if a date range suggested between 35,000 and 45,000 years ago… the writer might focus squarely on the 45,000 age range. I’d just be curious for more details as to why some of the other views of certain events, peoples etc of the era are dismissed.

Overall I quite enjoyed Pharaohs of the Sun, it felt like a more genealogical look at ancient Egypt… examining each of the rulers, what they did in their time, how their rule passed to the next ruler and the impacts of the former on the current and how the line was continued. There are also some stunning images to gaze at to remind us of just how enduring the wonder of this amazing culture is.

A strong recommendation for any fan of Ancient Egypt.