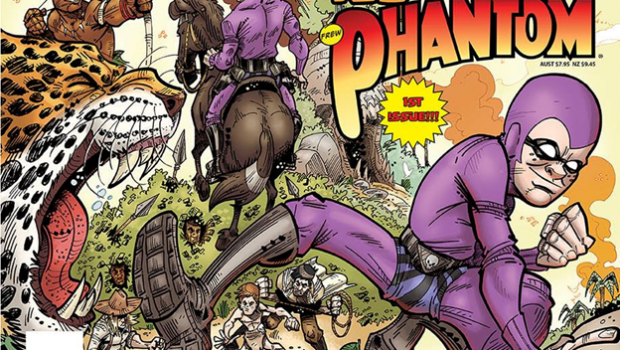 Phantom fans, there’s a new generation about to be unveiled… Meet Kid Phantom

For the first time in his 81 year history, a variation of the traditional Phantom comic book storyline has been released, chronicling the all-new adventures of a young Kit Walker as Kid Phantom.

Introducing ‘The Ghost Who Walks’ to a whole new generation of readers,  Kid Phantom has a fresh new look and is aimed at a younger audience, whilst still holding appeal for those who grew up reading and collecting the well-established Lee Falk comics.

It follows the story of Kit and his lifelong friend, Guran, as they leave the safety of his Skull Cave home and the jungles of the Deep Woods, to sail to America for Kit’s education. However, getting there and adapting to the ways of Western civilisation presents many challenges and even dangers for the young Phantom. 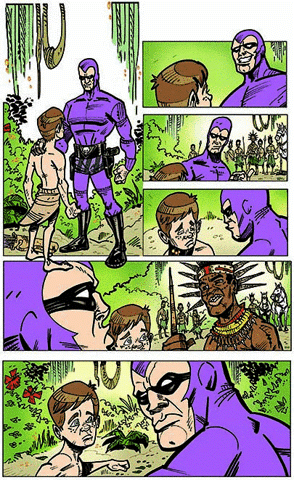 Of course, what heir to a title as amazing as the 21st Phantom, would leave home without the signature purple costume in his suitcase? Soon Kit is having his own escapades disguised as Kid Phantom. But what pressures will the young Phantom face in trying to live up to his path, to become the hero he is destined to be?

Kid Phantom is illustrated by Queensland comic artist Dr. Paul Mason, who holds a Doctorate in Visual Arts and has a self-published graphic novel about a masked WW2 hero, inspired by the Phantom, The Soldier Legacy. In his spare time, Paul competes in world ITF Taekwon-do competitions, winning multiple gold medals. Other than bringing Kid Phantom’s latest adventures to life, Paul works as a lecturer at the Griffith Film School, Griffith University.

Leading Kid Phantom in his travels is the highly-acclaimed comic book writer, Andrew Constant, whose experience in children’s comic books with Fly, through Gestalt publishing, one of Australia’s leading comic publishers, is award winning. Andrew has many other critically acclaimed comic book titles through Gestalt, with other books soon to be released through well-known overseas publishers. Andrew currently has several film and TV projects in development.

“Having the opportunity to add a little piece to the long-standing comic legacy of The Phantom is a humbling, and very exciting journey. Even better is to being doing this under the Frew banner, alongside my friend and fantastic writer Andrew Constant. The Phantom has such a strong history and connection with Australian readers, including myself growing up. I’m honoured to be part of introducing this comic character and his adventures to the next generation of ‘Phans’.” Says Mason.

Unlike the current fortnightly black and white series published by Frew Publications since 1948, this title will be full colour and in the popular digest size format.

The second issue of Kid Phantom will be available in late June, then quarterly from newsagents, select comic retailers, and online through Frew Publications at phantomcomic.com.au. 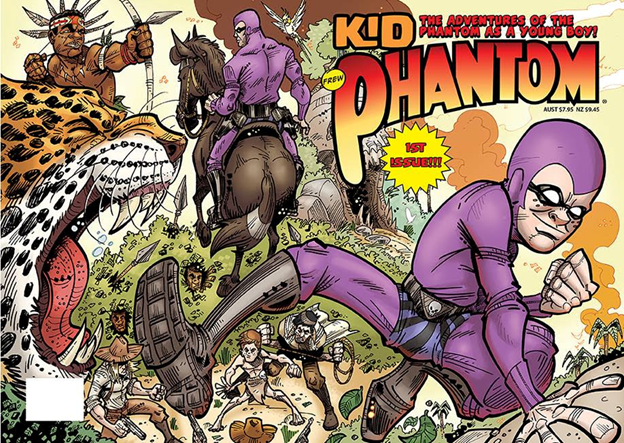