Summary: Tom Clancy like turn based strategy in the vein of X-Com.

Phantom Doctrine is a Cold War era espionage turn based strategy game taking a leaf out of X-Com and Silent Storm. The general premise is that you are part of a secret organization known as The Cabal and it’s your job to prevent global conspiracy that is trying to pit countries and leaders against each other. Your goals are achieved by completing missions and gathering intelligence, but can you stop the enemy before they plunge the world into war? 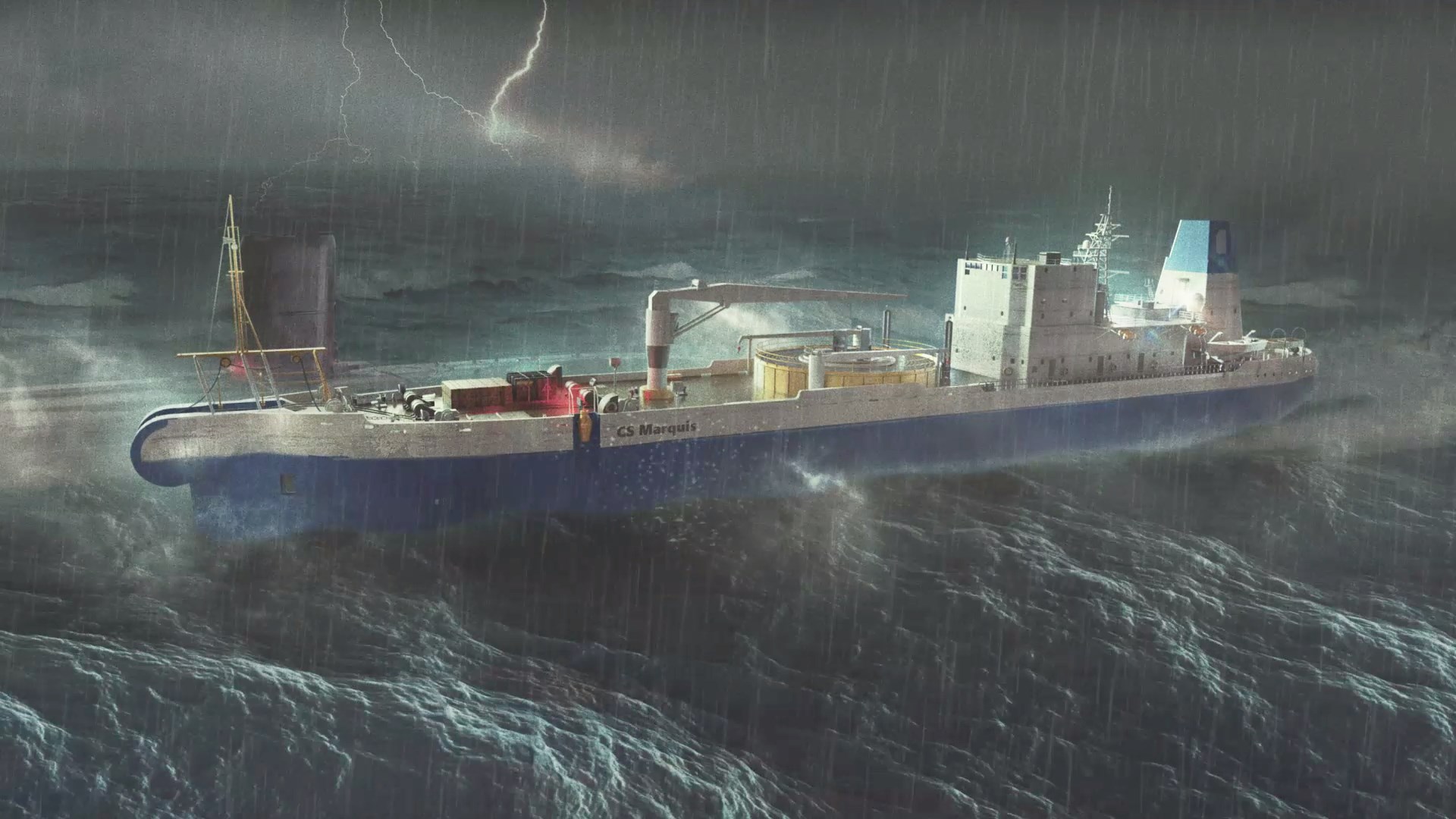 One of the main comparisons Phantom Doctrine brings about is to the X-Com series and it certainly does bare a lot of similarities but I would also like to throw Silent Storm in there (as mentioned above). The key playing style is that you have your characters (from one to a handful of agents) and you must navigate a set play area to achieve your goal which could be to recover intel, extract a compromised agent or stop a counter intelligence agent or some other form of espionage fueled task. But in addition to this there is the option to have head quarters positioned around the tactical map, develop tools for the job and one of my favourite sections, the intelligence cork board… the twine and drawing pin evidence based puzzle solving. 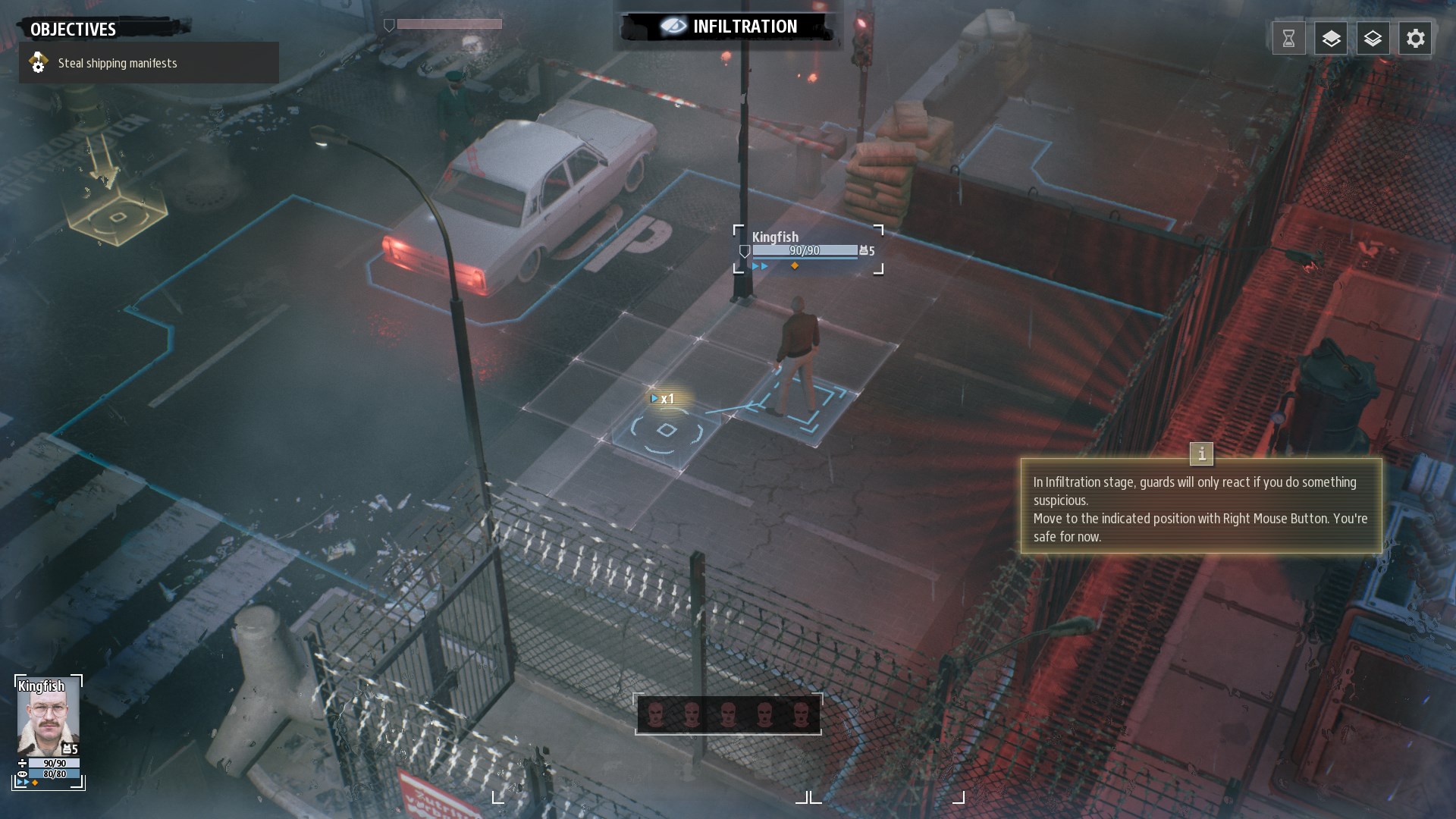 Anyone who has watched a crime drama will be familiar with the scene, you have a board into which pieces of evidence are pinned… as you look at the evidence you make connections between various items (indicated by attaching twine between the two drawing pins)… make enough connections and you uncover a new piece of information. Some of the evidence you uncover is documents and you are given the task of looking them over and trying to find key words, names, places, organizations. It’s a great little “side quest” that takes you away from the intense thriller action of the main game and can make you feel like a real cryptographer as you look for certain words or phrases to gather your intel. 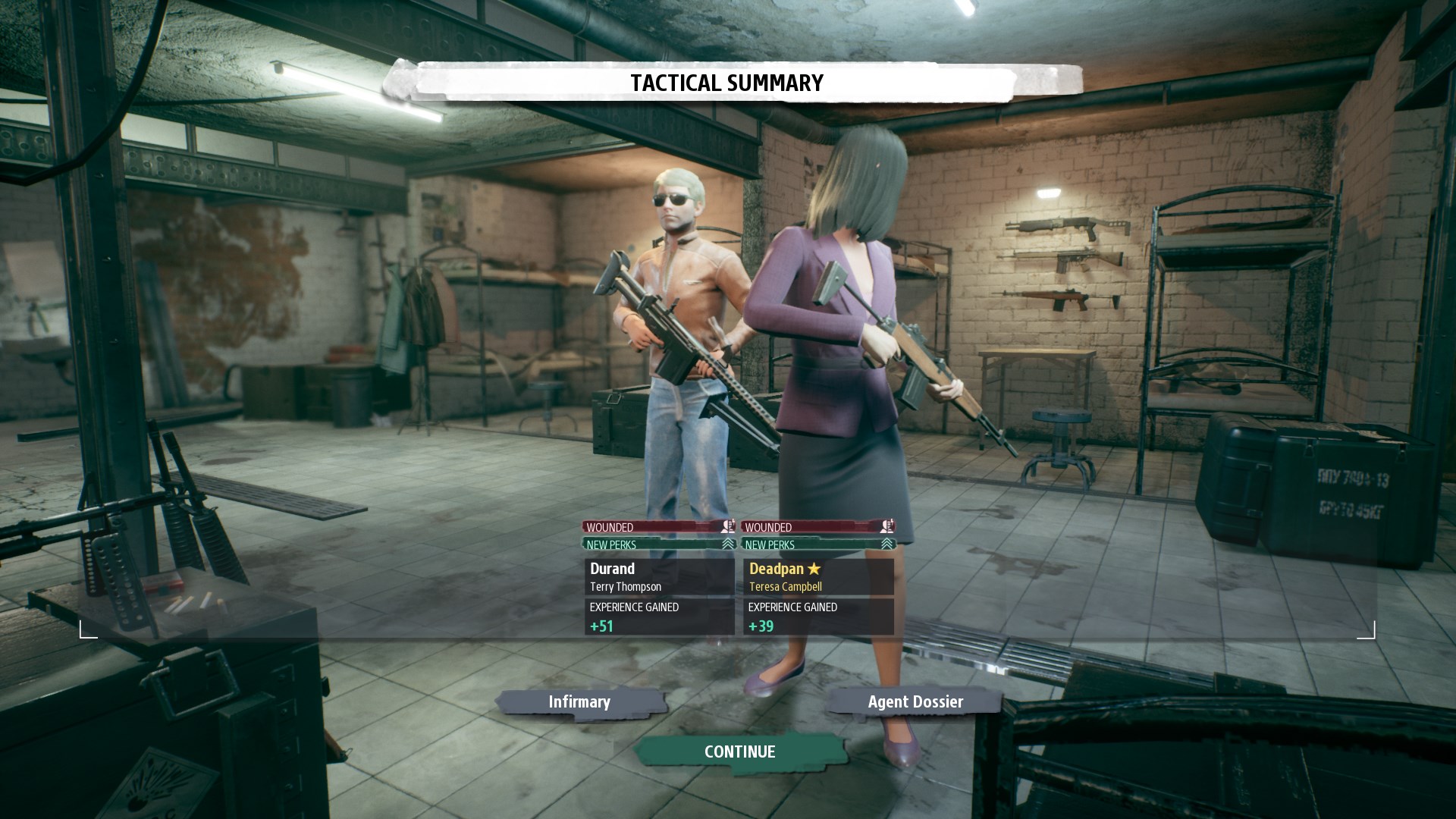 As you make your way through the game and complete missions, you periodically get little story updates, communications between yourself an other key figures. These story elements are where the Tom Clancy feel comes into it… you have your handler but there are other people in the chain of command and you may risk ticking some off if you work loyally with one person… but that’s the world of espionage… who knows who you can really trust and who has the best interests at heart? 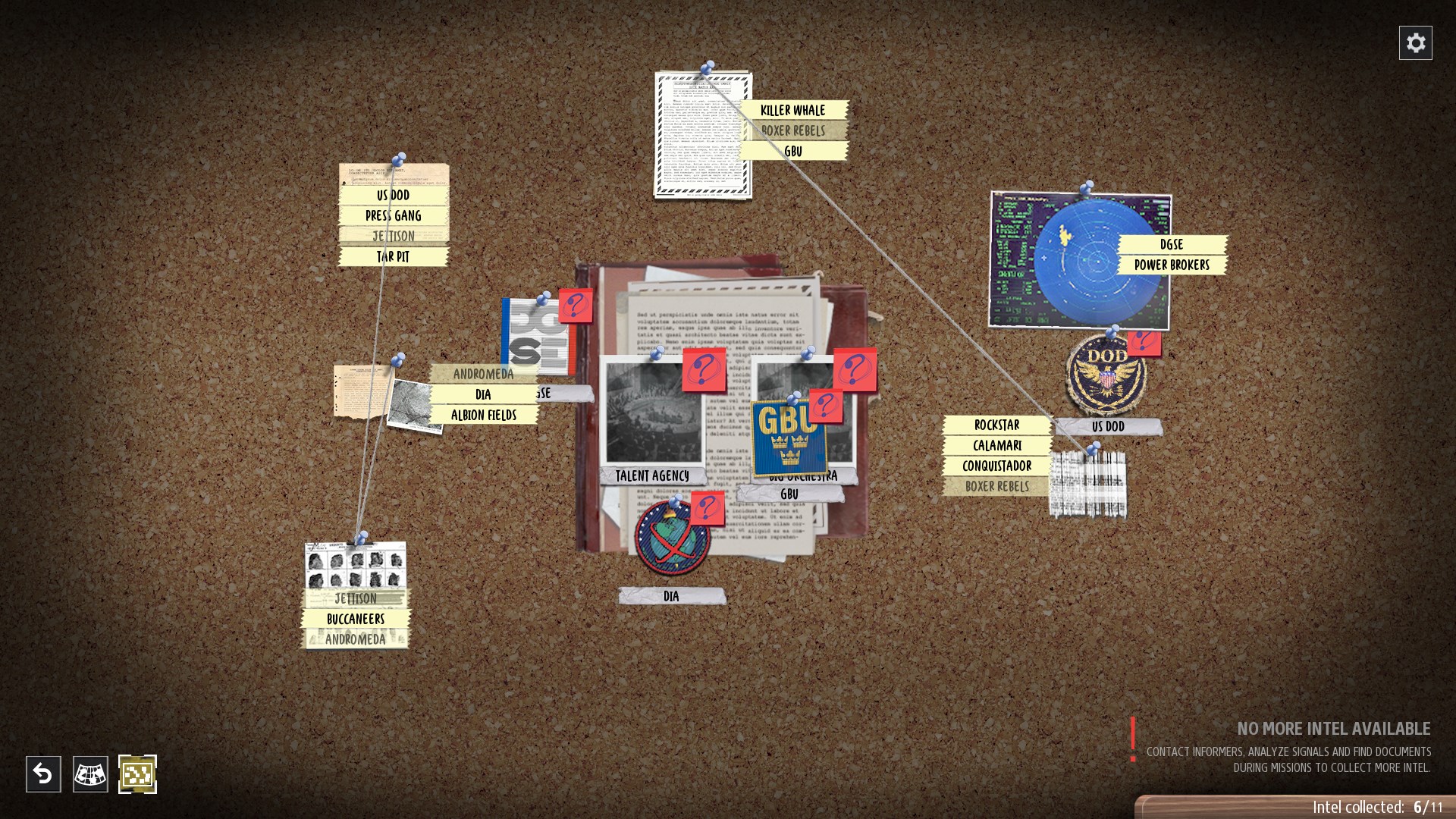 There are some little irritations in the game, most notably is the camera view which can be a bit fiddly at times. It’s not a new camera style by any stretch and that obvious comparison to the X-Com games applies here too. You will likely find yourself at times wanting to zoom in or out on your character and there is just no simple way to do that. The method you would most likely be most familiar for performing this task, the mouse wheel, here simply moves you up or down a level (if you are currently looking at the ground floor it will put your eye line on the second floor etc). It’s a little annoying at times but not really game breaking and you can typically either position the camera slightly differently to see what you need to… or just move along despite the limitation. 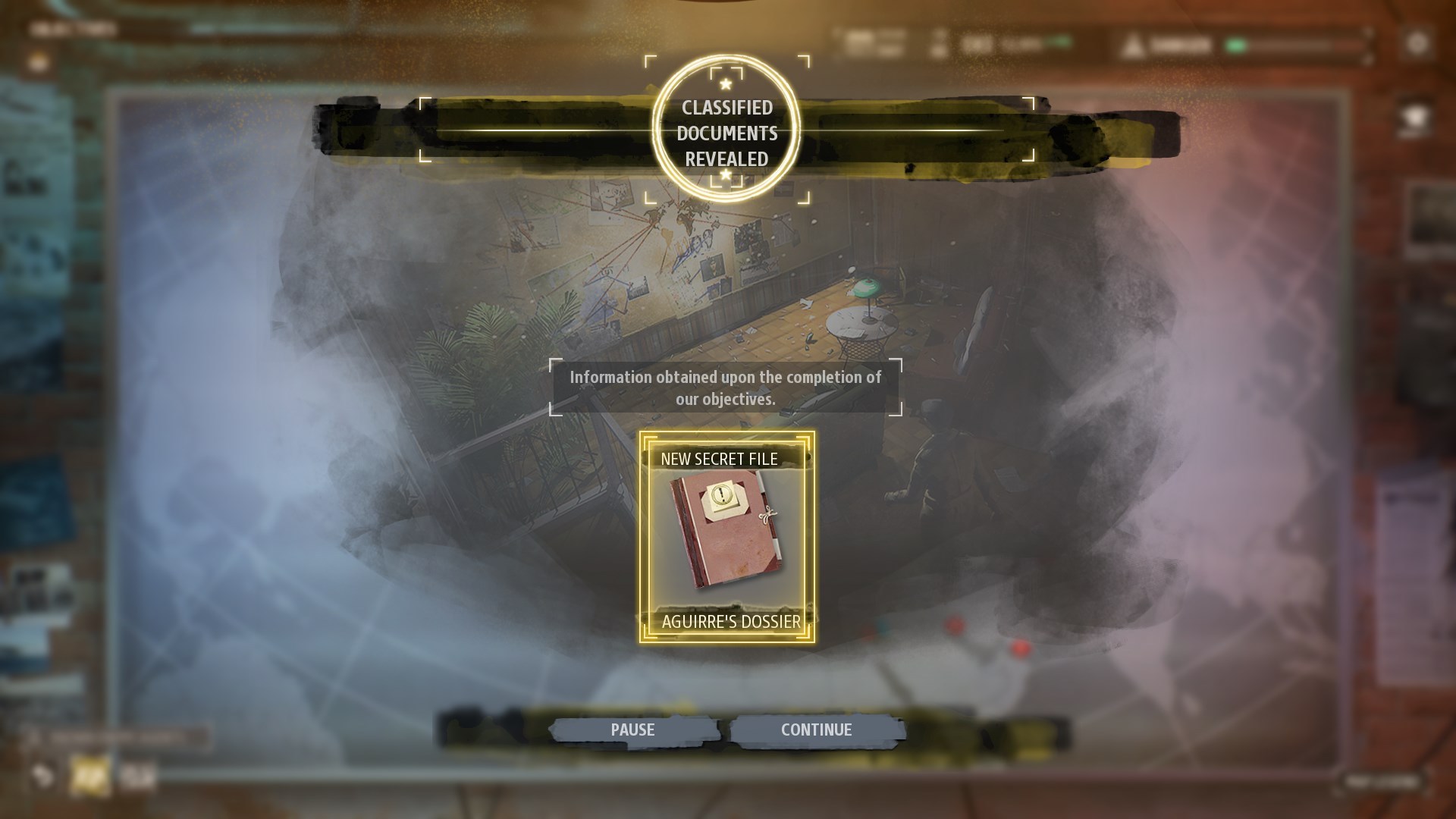 Overall I had a lot of fun with Phantom Doctrine… I’ve been a big fan of the X-Com games since enemy unknown and I thoroughly enjoyed Silent Storm. The Cold War, espionage theme of Phantom Doctrine helps to make it stand out a bit and is a great story line. If you like turn based strategy games I would highly recommend Phantom Doctrine… now excuse me I just have to jet to a (redacted) in (redacted) and talk to my handler.