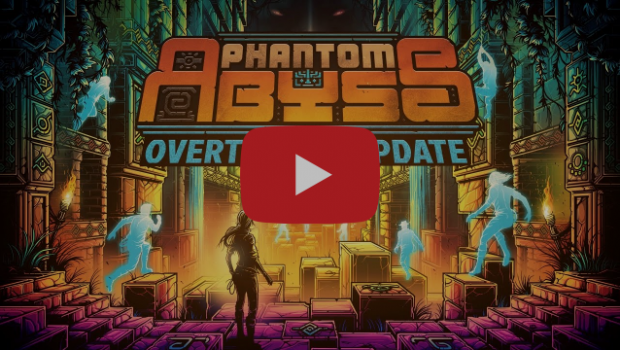 Temple plundering asynchronous multiplayer Phantom Abyss dives headfirst into the Overturned Update today, featuring a treasure trove of new content and fixes that will continue to expand the game throughout Early Access. To celebrate, the game is now 25% all week!

The all new, whip cracking features include 28 new trap-laden chambers, as well as treacherous rotating rooms that will turn adventurers upside down on their quest for relics throughout the perilous Ruins, precarious Caverns and petrifying Inferno.

Adventurers’ Basic Whip has also received a Blessing, allowing players to keep the trusty tool by their side at the expense of others, but safe in the knowledge that it will never be lost.

Other updates include fixes to network connection issues, back-end stability fixes, as well as new visual cues and upgrades to: Trap doors, the Portal Screen, foliage and Relic Room doors.

Phantom Abyss will continue to expand throughout Early Access, with new chambers, traps, whips and additional gameplay features added over time. For more information, rope swing over to phantomabyss.com, a website of such historical value it belongs in a museum.