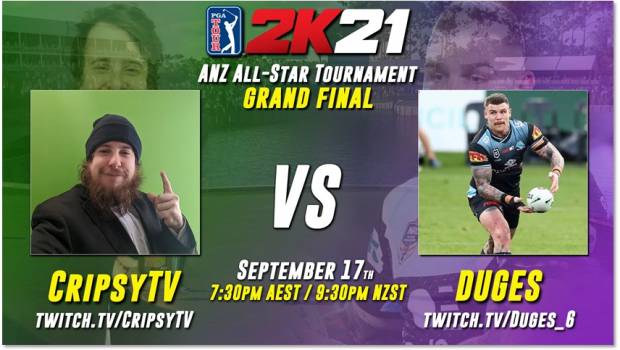 It’s been a tough route to the final for both competitors with some intense rounds of Matchplay Golf leading to this intriguing match up between the NRL star and the Twitch Pro. Along the way we’ve seen some superbly entertaining golf from all the players as they chipped, hooked, and powered their way around the fairways in their attempts to make it to the final.

Tune in at 7.30 on Thursday to see who will be crowned PGA 2K21 ANZ Champion.